Eloi Palau, the cyclist who survived a World War I mine

A single spark will unleash an explosion that will consume us all. 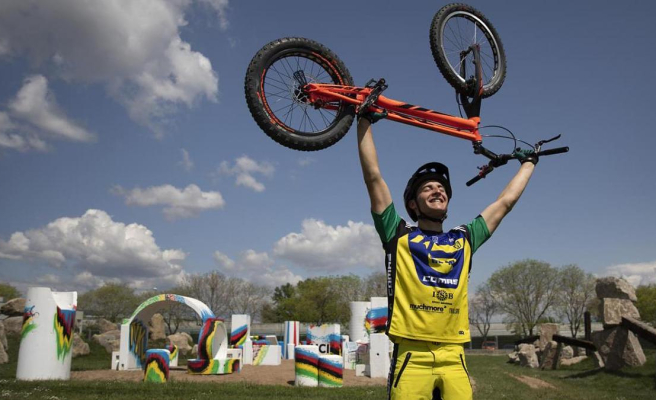 A single spark will unleash an explosion that will consume us all.

He talks about the day he had seen death up close. Who would have thought: under his body an artifact from World War I exploded.

-We don't know exactly. The experts told me that it was a device from that time.

–And how do you know the date?

–World War II did not happen through the Dolomites.

In reality, Eloi Palau barely remembers that moment. She retains the shock, the emptiness in her mind. The shock, and the remains of shrapnel: he shows me the wounds on the tibia, two fingers with little mobility, a scar on the nose...

Eloi Palau had gone to the Dolomites to compete in a trial bike World Cup event and the next day he had gone for a walk up the mountain with his friend Sergi Llongueras.

–We were at an altitude of about 3,100 m when we reached the foot of a cable car. There was a cave and some starters and we were encouraged. We entered the grotto and to get out of it we passed under a cleft. I leaned the body on a rock, moved it slightly and something exploded...

The rock shattered under my body. The blast ruptured my eardrums. A fire formed. I suffered burns, four eye operations. With the right I see a mist. Dust particles remain that cannot be removed. I swallowed gas and got pneumonia. I lost consciousness, there is a gap in my memory. They told me that they had taken me down by helicopter. I was induced into a coma, three days without consciousness.

–And how long did it take to recover your usual life?

– More or less, a year. I lost a lot of kilos. It took me months to regain muscle mass.

-Now I am in the best form of my sports career.

In two weeks (between May 27 and 29), Eloi Palau will compete in the first round of the 2022 Trial Bike World Cup. He will do so at the Trialsport Club Esportiu Osona, in Vic, the place where we has cited. The place is one of the sanctuaries of the specialty.

(there are others in Sant Antoni Vilamajor, in Premià, in Òrrius or in Sant Pere de Torelló)

– And what do you aspire to?

-Man, my goal is to be world champion. I have to aspire to that.

(for now, he has been junior world champion in 2016 and absolute world bronze in 2021, always in the 20-inch category, which is the size of the wheels; the bicycles are small, they barely weigh seven kilos; their price can reach €3,700)

– And what do you need to achieve it?

-Not everything depends on me. The first three are very close to each other. They are two specialists from Madrid and me. What is in my life I am doing well. It's about not failing. Whoever fails stays out.

Martí Riera is training on one of the venue's circuits. It is another phenomenon of the specialty. The boy shows me what he can do.

He climbs onto a thin, narrow piece of wood and mounts the little horse on top of it, projecting himself even higher. Trisca between mounds, leaning on the rear wheel, and then descends with amazing ease.

"Has nothing ever broken?" I ask Eloi Palau.

-Both ankles. The clavicle. And the nose, the ulna and the radius, a meniscus...

"I only the teeth!" Three times! Martí Riera shouts from the top of a rock.

–And what qualities does a specialist in the field have?

-You have to be explosive and fast. And coordinated. I have a lot of cattle.

I was a gymnast when I was a kid. He trained me at the CAR in Sant Cugat together with Joel Plata (he is one of the best gymnasts that our country has produced).

– And why did you leave gymnastics?

–When I was eleven years old I had an accident in a flic flac and a fatal double. I got a concussion and quit.

1 the best enemy 2 Guardiola charges against Evra: "I didn't... 3 Tom Dumoulin, Bouwman's gregarious leader 4 The Titan Desert ends making it clear that it is one... 5 The Bayern coach will not put obstacles to the possible... 6 Melanie Serrano: "I've gone from playing... 7 Moreno, on his dismissal: 8 Pique: 9 City inaugurates the statue of Sergio Agüero at the... 10 Still: 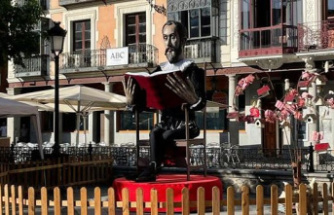 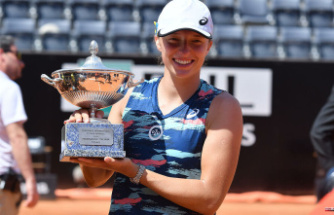 Tennis: unbeatable, Iga Swiatek wins in Rome and wins a 28th victory in a row UNFP trophies: eagerly awaited, Mbappé will be the star of the evening. Follow the ceremony live A walk in the park for Canada
BREAKING NEWS HEADLINES 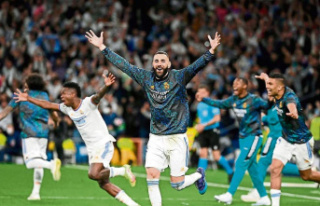