The new edition of the Škoda Titan Desert Morocco 2022 has seen the victories of Konny Looser, in the men's category, and Anna Ramírez, in the women's category. 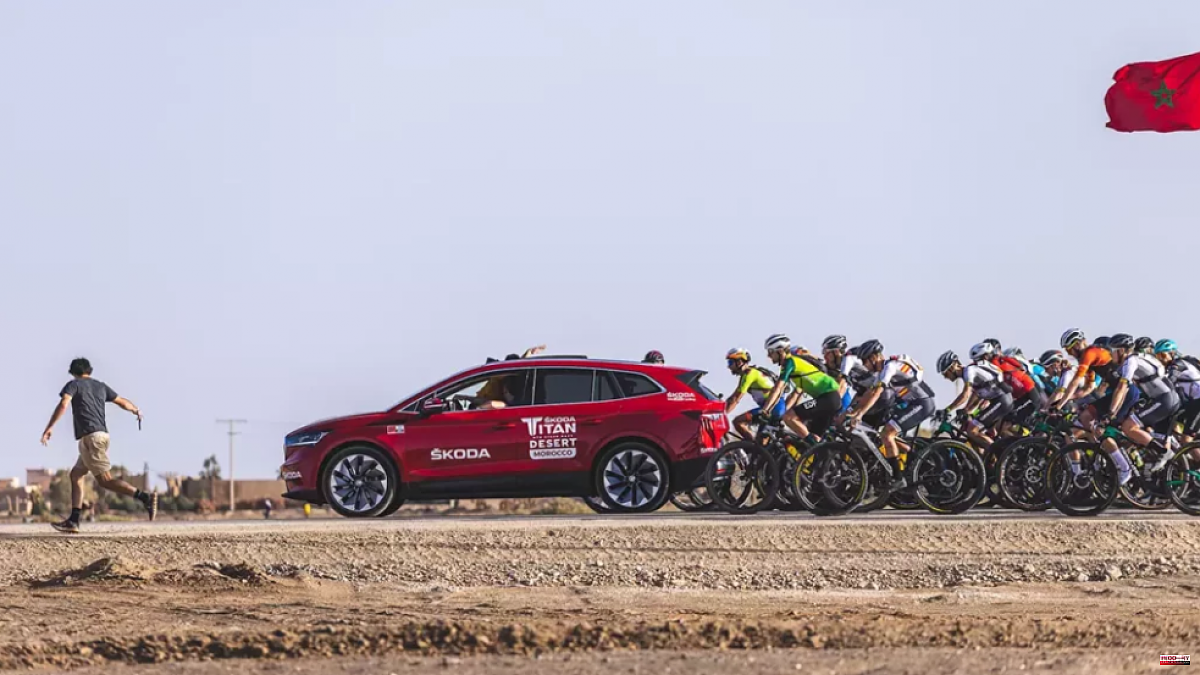 The new edition of the Škoda Titan Desert Morocco 2022 has seen the victories of Konny Looser, in the men's category, and Anna Ramírez, in the women's category. Congratulations should be extended to all the participants in this edition who, with their effort and desire, have increased the feeling of epicness that has surrounded this seventeenth edition.

As expected, the test has offered a great challenge for the resistance of the participants. To reach the end, they had to behave like true titans, the beings from whom the test takes its name and whose power was only below that of the gods of Olympus themselves.

The last stage between Erg Chebbi and Maadid has lived up to expectations. The route began in the Sahara and ended in the peaks of the Atlas —the titan that carried the vault of heaven on his shoulders—. There Konny Looser and Anna Ramírez established themselves as the two great winners of the test.

The victory of the day went to Pablo Guerrero, but the Swiss cyclist prevailed by just 12 seconds in his particular duel with Francisco Herrero. The close struggle between the two has marked this edition.

Francisco Herrero showed from day one that he was going to be a major player in this edition of the Titan Desert. He took the first stage victory, in a day with a circular route of 119 kilometers. The favorites demonstrated their mastery of navigation between sand and dunes. The show was seasoned with the continuous challenges between them in the form of continuous escapes. That series of duels ended with a final sprint in which Herrero prevailed.

For her part, Anna Ramírez, winner of four Titan Deserts, also presented her credentials for the final victory since the start of the competition. On this first day she already showed that she was serious by getting a four-minute lead in the general classification.

The second day brought the first part of the marathon. Not because it was expected was less exciting. Konny Looser showed that he was a great favorite with a display of technique during a descent, worthy of the champion he has proven to be and a king of unevenness as he is. His effort did not serve him for the stage victory —which went to Julen Zubero and the Swiss returned to second place—. But Looser earned the respect of his rivals for showing a consistency and strength that confirmed him as a candidate to repeat the final victory in the Škoda Titan Desert Morocco.

The same equality was seen in the female category. Vera Looser dared to challenge the dominance that Ramírez had shown on the first day. Both bikers made it clear that the stage was going to be the two of them and until the end. The first part of the Titan marathon was decided in a tight sprint. The stage victory went to the Namibian, but the Catalan kept the overall lead.

The halfway point of the test came with the queen stage of this edition, with 125 kilometers planned and 1,442 meters of unevenness, although the intense heat and sandstorms forced it to be shortened to 106 km.

The race was preceded by a "very hard night, with a lot of air and little sleep", as confirmed by Tomi Misser, Škoda ambassador and competitor in this edition. In his video, the experienced cyclist shows the harshness of the competition by riding alone for much of the stage, and in which he almost threw in the towel. Of course, Tomi Misser makes it clear that in the Titan Desert he suffers as much as he enjoys himself.

The men's general competition confirmed what was experienced in the two previous days with a close fight between Herrero and Looser, where the former maintained the lead by a margin of seconds.

The stage win went to Robert Bou, who gave a navigation lesson by opting for an alternative route. The heterodoxy compensated him and he was able to break the equality that was marking the day. Guillem Muñoz and Sergio Mantecón followed him on this adventure with whom he ended up disputing the victory in the sprint. Mantecón came second and Muñoz lost third place in the last breath in favor of Pau Marzá.

This time Ramírez did not give up in the stage and won again. The stage victory earned him to consolidate his dominance of the general: a five-minute lead certified this primacy. From then on, no one doubted the final triumph of Vic's runner.

After the intense emotions that the queen stage brought, the fourth was a new day that was decided on the sprint between the dunes of Erg Chebbi, a stage in which the kilometers traveled and the fatigue are noticeable among the participants, who have not had an easy time due to the complexity of the navigation strategy, and for having had to “row” more due to the headwind. The trend of what had been seen so far was maintained: victory for Herrero in the final sprint, but Looser followed him closely to give up a slight advantage in favor of the emotion and epicness of the Titan.

In the women's category, Anna Ramírez added her third victory in the race and certified her status as the absolute favorite for the final victory. Only Vera Looser seemed to be able to keep up with her, albeit with very limited overall hopes. Upon completing the stage, Misser was clear: "this Titan is being hard on her nose."

In the last two days, the competition in the men's category was warning that it would not be decided until the last moment. A real joy for thrill seekers. The fifth day was the stage Sergio Mantecón took the stage victory and the bonus section of the Škoda Challenge. While the dispute for the classification was in a fist: Herrero with only three seconds ahead of Looser.

In the last stage, the Swiss was able to take the final blow. The stage victory went to Pablo Guerrero and Looser was third. Although he got a 15-second advantage over Herrero, enough to win his second consecutive victory in a Titan Desert.

In the women's category, the script was as expected. Anna Ramírez was crowned the absolute winner, her six-minute lead in the general classification was the best argument to certify her dominance in the test. The stage victory went to Amanda Bohlin, a member of the Škoda We Love Cycling Team.

The display of effort by the Titan Desert participants aligns perfectly with the values ​​of this brand. The Škoda vehicles used by the organization have lived up to the test. Its reliability has been proven in the tough stages through Morocco that have pushed bikers, bicycles and cars to the limit.

In particular, the Škoda Enyaq model, the one chosen by the organization of the Titan Desert, has attracted attention. It is the 100% electric SUV to guarantee the sustainability of the Sahara and the Atlas Mountains. A sample of how the company proposes solutions for the future of the planet's health.

Furthermore, Škoda also has a firm commitment to people's health, through the promotion of sport. The brand has its own team, WeLoveCycling, whose name also corresponds to its digital cycling magazine. In it, all fans of this sport (you don't have to be a fan of ultra-endurance tests) can find routes and tips to enjoy their hobby.

This promotion of sustainability and sport is yet another reflection of Škoda's social sensitivity and its Always Move philosophy, with which, in full confinement, they put a fleet of their vehicles at the service of Doctors Without Borders to help in the first months fight against covid-19.

1 The Bayern coach will not put obstacles to the possible... 2 Melanie Serrano: "I've gone from playing... 3 Moreno, on his dismissal: 4 Pique: 5 City inaugurates the statue of Sergio Agüero at the... 6 Still: 7 The Mavericks force the seventh game and the Heat... 8 Simeone: "I am grateful to Luis Suárez" 9 The moment has come 10 Sergio González: "If those below think they... 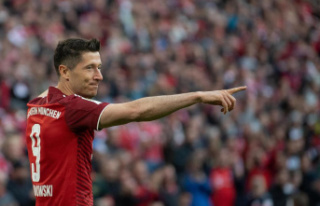 The Bayern coach will not put obstacles to the possible...