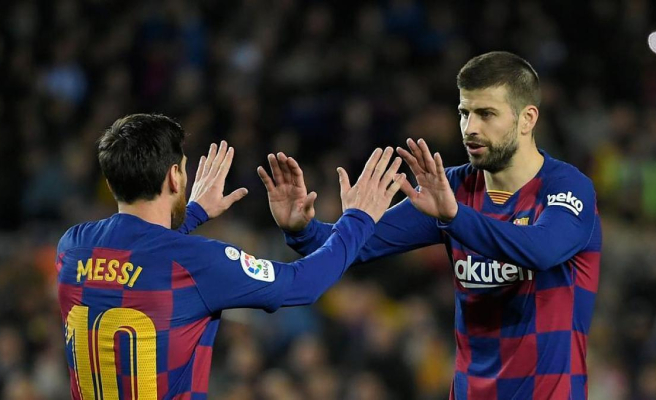 On August 8, 2021, Lionel Messi said goodbye to FC Barcelona in tears. He arrived at the club when he was just a 13-year-old boy and, after more than two decades wearing Blaugrana, he had to leave his home. The departure of the Argentine star was a blow to the Barça fans, but also to his teammates. In an interview granted to the Sky Bet program The Overlap, Gerard Piqué acknowledged that he cried when Messi's departure became known.

“Yes, I cried. As much for us as for him. Due to the career he had in Barcelona, ​​I think the best thing would have been for him to stay until the end, ”said the Blaugrana central defender in a conversation with Gary Neville, a former teammate during his time at Manchester United. “But I understand what happened,” he pointed out. “The club is suffering a lot economically due to the previous president and his management, while Messi, the previous year, wanted to leave. Afterwards he wanted to continue here, but at the end of the day, this is part of life”, he commented.

Piqué compared Messi's situation with the one he lived in when he was 17 years old and decided to go to Manchester United. “How can you leave Barcelona? Sometimes, there are situations in which you have to make a decision, turn the page, ”he valued.

The defender also referred to the Super League. Although FC Barcelona is one of the defenders of the project along with Real Madrid and Juventus, Piqué was against its creation and argued that it could have devastating effects on professional football. “In my opinion, you would destroy football with this movement, because it is true that the big teams are going to benefit, but you will be destroying others like Sevilla or Valencia”, he reflected, to which he added: “In five or ten years , these clubs would not have any income because everything would focus on the Super League, where teams that are not top, top, will not play.

However, he tried to put himself in the shoes of the twelve teams that, at first, decided to be part of the alternative competition to the Champions League. “Some of them are owned by people who just want their club to increase in value,” he argued. In the particular case of Madrid and Barça, two entities that belong to the partners, he considered that they did not explain their adherence to the project "in the correct way." “With this opinion I am going against my club, but it is only my point of view”, he pointed out. "Right now, it seems like everything is locked down and I don't think I'm going to get anywhere," he concluded.

In addition, Piqué valued Josep Guardiola's time on the Blaugrana bench and commented on the wear and tear of Santpedor's team despite continuous success. From his point of view, the coach made the decision to leave the club for a host of reasons, but much of the responsibility lies in the ongoing dialectical battle with José Mourinho. “When Mourinho came to the Camp Nou for the first time with Madrid, he lost 5-0. It was a reality check for him, but then, Mourinho, at the press conferences, every day… You know how he is, his style. And I think there came a point where this was too much for Guardiola. Sometimes what happened off the pitch was more important than what happened on it."

Finally, the Catalan center-back echoed the controversy generated as a result of the leaked conversations with the president of the RFEF, Luis Rubiales, and, in particular, his involvement in the change of format of the Spanish Super Cup. “The controversy has been a nightmare because here, people don't like you talking about big amounts of money. It is the culture that it is”, he declared, before assuring that the updated tournament has been “a great success”.

“I understand people who don't want to play in Saudi Arabia, but first of all, this was not my decision, this is up to the Federation. We had two options: one was this and the other was to go to the United States, to Miami. We put both options on the table and they decided”, Piqué argued about the choice of venue for the celebration of the new format of the Super Cup.

“I have always said that football and sport open up countries. When you go there, there are many people who have nothing to do with what the government thinks and, thus, you give them the opportunity to enjoy football", he justified, citing the World Cup held in Spain as an example: "In 1982, we had the World Cup and they gave us this opportunity in 1966 or 1967, when we had Franco and he was a dictator. That World Cup gave us the opportunity to open up to the world”, he concluded.

1 City inaugurates the statue of Sergio Agüero at the... 2 Still: 3 The Mavericks force the seventh game and the Heat... 4 Simeone: "I am grateful to Luis Suárez" 5 The moment has come 6 Sergio González: "If those below think they... 7 Barça's gift to Grace Kelly 8 Fuenlabrada, Andorra, Zaragoza and Burgos are playing... 9 Winning is more important than playing well, according... 10 Chelsea and Liverpool repeat face to face with the... 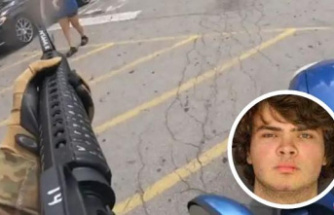 The 'Replacement': The US Far Right Ideology Behind the Racist Buffalo Massacre 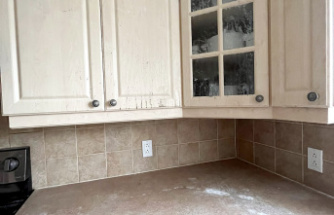 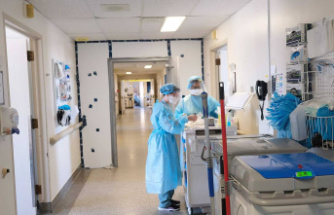 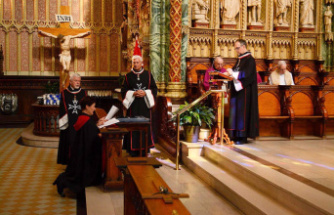 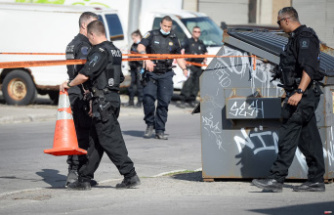 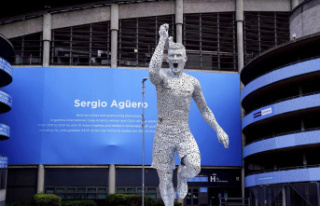 City inaugurates the statue of Sergio Agüero at the...