Dolz blames Cs for "the loss of 1.9 million" for the City Council for not selling the ICONA building

The mayor of Cuenca, Darío Dolz, has ironically thanked the Councilor for Citizens in the Cuenca City Council Cristina Elena Fuentes "for the loss of 1. 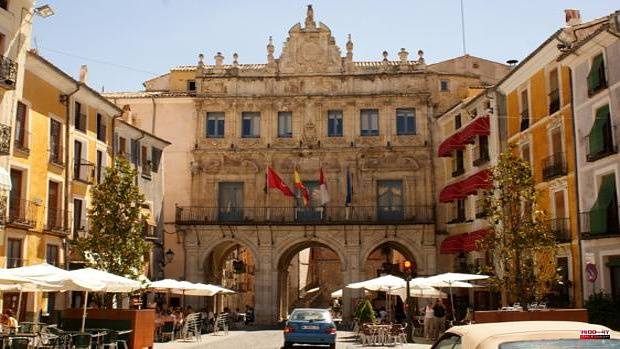 The mayor of Cuenca, Darío Dolz, has ironically thanked the Councilor for Citizens in the Cuenca City Council Cristina Elena Fuentes "for the loss of 1.9 million euros for the municipal coffers" for the loss of the sale of the building of the former ICONA to the Diputación de Cuenca.

At a press conference this Thursday, the mayor recalled that, after agreeing to be sold to the Provincial Council for an amount of 1.9 euros, the liberal mayor prosecuted this sale in the Cuenca administrative court, which gave the reason to City Hall.

Ciudadanos once again appealed this sale to the Superior Court of Justice of Castilla-La Mancha, an entity that has not yet ruled on this sale and, for this reason, last Friday the Diputación put out a tender for the acquisition of a property to house the provincial collection service, which has been located in the ICONA building for the last few decades.

"This restriction of Citizens has made this sale impossible," said Dolz, who ironically thanked Fuentes for the loss of this pecuniary amount at the same time that he understood that the Provincial Council is looking for another building. "They can't be waiting."

Now, the City Council will have to make a readjustment of its accounts, because with these 1.9 million euros that the Consistory intended to enter, there was a project to allocate around 1.5 million to the reform of the old municipal warehouses on Reyes street Catholics to make cultural spaces and, with the remaining almost half a million euros, rehabilitate sports facilities in the city. "We thank Mrs. Fuentes," he asserted.

In addition, the mayor has avoided ruling on the possibility that the former 'popular' mayor between 2007 and 2011, Francisco Javier Pulido, will once again be the PP's bet for the next municipal elections of 2023, as the digital has advanced this Thursday Voices of Cuenca.

In this regard, Dolz has assured that "when there is a clear definition of the PP candidate" he will be able to offer an assessment of it.

Even so, he has assured that his intention as mayor is to stand again in the next elections for re-election and that is why his intention is to continue with the city's baton.

“I want to have more time to develop the socialist project, because in this legislature everything has happened to us, and above all due to the pandemic, there has been a curtailment on the part of the legislature,” the councilor has indicated.

In other matters, Dolz has also explained that "it is imminent" the publication of the new tender for the management of the Pedro Mercedes pottery in the city, a space that from February to May has been managed by the Lamosa collective.

Now, with this new tender that the City Council will take out, it is expected that the management time will be greater than the two months that it has been managed now.

1 Coroner Kamel presents her report on deaths in CHSLDs 2 CCOO wants to end LGTBIphobia in companies in Castilla-La... 3 The Prosecutor's Office requests the internment... 4 Justice forces Carmela Silva to convene a plenary... 5 The Provincial Council will contribute to the transformation... 6 On Saturday the music returns to the Templete de la... 7 Acquitted in Salamanca of exhibitionism and sexual... 8 A gift for the head coach of the Predators 9 “It was an awful start” 10 The PP welcomes the emeritus and warns: "The...

Agriculture: Stricter rules for the use of antibiotics in livestock
BREAKING NEWS 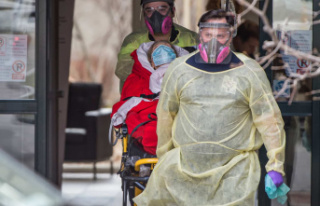 Coroner Kamel presents her report on deaths in CHSLDs