Carmela Silva, president of the Pontevedra Provincial Council, will have to face the 'sister-in-law case'. 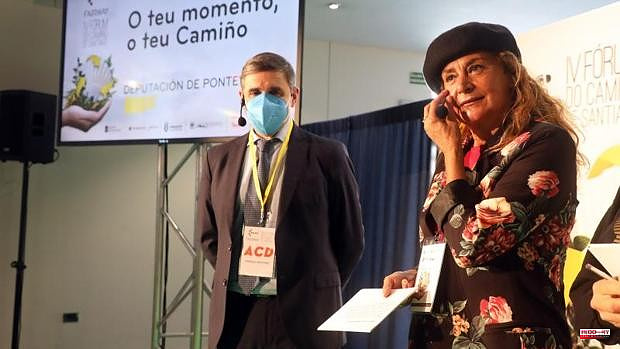 Carmela Silva, president of the Pontevedra Provincial Council, will have to face the 'sister-in-law case'. The Contentious-Administrative Court number 2 of Pontevedra ordered, in a ruling dated Wednesday, to convene the extraordinary plenary session of the Provincial Council that in December 2021 was denied to the eleven deputies of the Popular Group. His goal: for Silva to appear, offer explanations and take responsibility, in the form of resignation, for one of the most serious cases of corruption in recent years in Galicia. And that fully splashes the also right-hand man of Abel Caballero in the Vigo council, since the beneficiary of the plug, which resulted in two prison sentences, is his sister-in-law, who was hired —and was paid without working— from irregular shape.

"Carmela Silva is cornered by the courts, and not only by the provincial group of the PP," Jorge Cubela, spokesman for the popular, celebrated this Thursday.

In the ruling, the head of the Pontevedra court states that "it is not the function of this jurisdictional body to determine (...) whether or not the contested agreement is in accordance with law and whether or not the Plenary of the Provincial Council has the power to assume in a extraordinary plenary session the matter» that the PP proposed, «but if the dismissal of the celebration of the extraordinary plenary session violates the fundamental right» of political participation. And it concludes that the December 2021 resolution challenged by the PP, which denied the request to convene the plenary session, "affects the basic core of the representative function of the provincial deputies, since the basic and essential powers have been disturbed and restricted" that correspond to them.

The provincial deputies, adds the magistrate, "have the right to debate issues that deal with the control and supervision of the governing bodies of the Diputación and, therefore, of its President, since it constitutes an expression of the fundamental right of participation politics". "Refusing to admit the holding of a plenary session and discussing it (...) affects the fundamental right to participate in public affairs," she abounds. The argument put forward by the Diputación is that the PP intended to "channel a covert motion of censure" and alleged "abuse of law based on the lack of competence and material alienation in relation to local powers." The Public Prosecutor's Office also considered that it was appropriate to dismiss the demand of the popular, understanding that "it intends to urge a third party (...) to execute a very personal act" exceeded the scope of the regulations to be considered.

The magistrate points out that it must be in the "development of the Plenary Session", if necessary, where it is established that "it lacks jurisdiction"; and, if so, it will have to be in that forum "where such a circumstance is revealed, debating about it and agreeing on what is appropriate." "What in no case proceeds in law is to prevent the holding of a plenary session that meets the formal requirements," she adds, "under the pretext that the agreement that may be adopted will be null." Preventing it from even being held “supposes closing the possibility” of debating and adopting agreements. Likewise, she rejects as an argument that in 2019 a motion of censure was already raised with the same background, the 'sister-in-law case', which "was unsuccessful."

The provincial group of the PP in Pontevedra was pleased that the justice had given them the "right", with a sentence that "says enough is enough" and that Silva "has to come out of hiding" and call the plenary session, because "he cannot stay quiet longer. And that reaffirms that the president of the PSdeG "cannot stay one more day at the head" of the Diputación. "She is totally discredited, she has to resign," Cubela explained at a press conference. "The PP does not say it, common sense and ethics and morals say it."

Cubela saw in the sentence a "setback" not only for Silva, but also for the PSOE of Vigo and the BNG (provincial partner), which is equally silent. But the PP does not only feel supported in its objective that there be assumption of responsibilities: they understand that the sentence also comes to "recognize" the "obstruction" and the "obstacles", "more typical of totalitarian political regimes", suffered by the opposition in Pontevedra. This Thursday the popular once again urged Silva to tell the truth about "who is behind" the corrupt plot. "This teasing," Cubela sentenced, "has to end."

The Pontevedra Provincial Council, which now has the ball on its court, can file an appeal. Silva made a veiled statement on his social networks, with a message accompanied by the image of a flower: "Age has made me sooooooo patient."

1 The Provincial Council will contribute to the transformation... 2 On Saturday the music returns to the Templete de la... 3 Acquitted in Salamanca of exhibitionism and sexual... 4 A gift for the head coach of the Predators 5 “It was an awful start” 6 The PP welcomes the emeritus and warns: "The... 7 Celine Dion mourns Francine Chaloult 8 Spiders delivered by mail: a global trade without... 9 UN urges Russia and Ukraine to resume talks 10 Former President Bush confuses Ukraine with Iraq by... 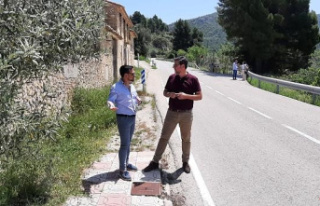 The Provincial Council will contribute to the transformation...