CCOO wants to end LGTBIphobia in companies in Castilla-La Mancha

CCOO Castilla-La Mancha has demanded this Thursday that LGTBIphobia be introduced as a psychosocial risk for workers in the occupational risk assessment of companies in the Autonomous Community, because they occur "on a regular basis" and have been increasing in recent years . 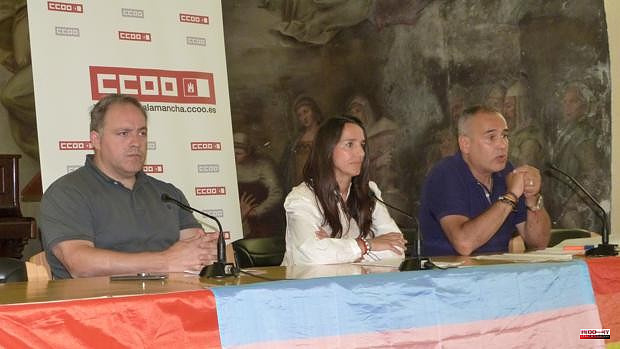 CCOO Castilla-La Mancha has demanded this Thursday that LGTBIphobia be introduced as a psychosocial risk for workers in the occupational risk assessment of companies in the Autonomous Community, because they occur "on a regular basis" and have been increasing in recent years .

This has been indicated in statements to the media by the Secretary of Women and LGTBI Policies of the CCOO in the region, Rosario Martínez, together with the Secretary of Social Movements, Democratic Memory and LGTBI in Toledo, Pedro Jesús López, the Councilor for Youth, Pablo García , and the provincial secretary of CCOO Toledo, Federico Pérez, before the start of the conference on the fight for the rights and equality of LGTBI people.

Martínez has pointed out that it is a basic rule that until it is introduced at the national level, it cannot be transferred to Castilla-La Mancha, but she has been confident that this "demand and vindication" of the union will be a reality in a few years.

During her speech, the trade unionist has valued the approval a few days ago of the Law on Sexual Diversity and LGTBI Rights in Castilla-La Mancha, which will be discussed in these conferences convened by the union, although she has regretted that there are still "many" aggressions and discrimination against the group for LGTBIphobic reasons, both in the workplace and in society in general.

Thus, one of the measures that the CCOO proposes is the promotion of awareness and visibility, for which it has welcomed the fact that the regional law allows the inclusion in collective agreements of clauses that force non-discrimination of the group or that make that employers are the ones who have the responsibility to protect and guarantee the rights of equality towards all people.

For his part, the secretary of Social Movements, Democratic Memory and LGTBI in Toledo explained that these sessions aim to train union delegates so that companies are more inclusive and eliminate LGTBIphobia at work.

Specifically, he pointed out that the conference will have a work table with provincial and regional union officials and another sociopolitical one where the LGTBI Law of Castilla-La Mancha will be discussed.

Similarly, a social meeting will be held with associations such as Bolo Bolo and Triángulo and the closing by the actress, former deputy of the Assembly of Madrid and renowned LGBTI rights activist Carla Antonelli.

To questions from the media, López has revealed that in 2020 there were seven complaints of hate crime and discrimination against LGTBI people in Castilla-La Mancha, of which five were in the province of Toledo, one in Ciudad Real and another in Albacete.

For his part, the Councilor for Youth congratulated the group for the approval a few days ago of the Regional Law and the CCOO for holding these days to give visibility to LGTBI people.

On the other hand, he regretted that aggressions are still taking place, a fact that, he said, must be eradicated from the base, which is why the City Council works with the youngest.

Finally, the provincial secretary of the CCOO has highlighted that these conferences serve to inform and give visibility to the problem that in many workplaces there is fear of making sexual orientation public for fear of dismissal; and also to train all the agents involved in collective bargaining in the treatment of workers and the problems and difficulties they face.

1 The Prosecutor's Office requests the internment... 2 Justice forces Carmela Silva to convene a plenary... 3 The Provincial Council will contribute to the transformation... 4 On Saturday the music returns to the Templete de la... 5 Acquitted in Salamanca of exhibitionism and sexual... 6 A gift for the head coach of the Predators 7 “It was an awful start” 8 The PP welcomes the emeritus and warns: "The... 9 Celine Dion mourns Francine Chaloult 10 Spiders delivered by mail: a global trade without... 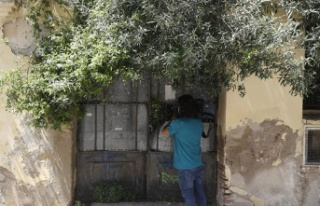 The Prosecutor's Office requests the internment...