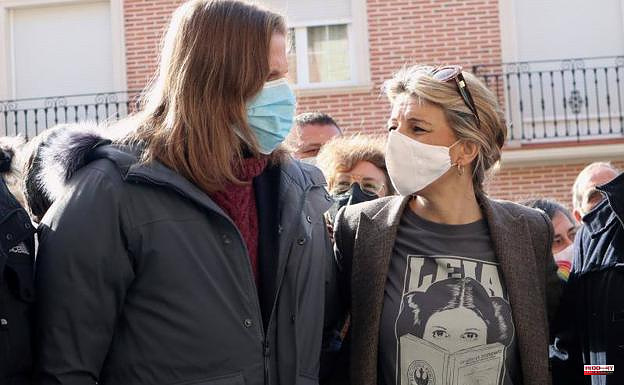 Yolanda diaz, second vice president of Government, participated in Thursday's electoral campaign of United We Can Castilla y Leon. She denied that differences in tax reform approach have created a "gap" in Government, in an act she performed in Castronuno, a Valladolid municipality.

When asked about the state of the coalition's health, Diaz described it as "good" but also compared it with, as he assured, the "disaster of the right-wing coalitions such as Castilla y Leon which ended in early regional elections on Sunday.

According to the vice president, this "debate” only has one question: "Who has to pay more taxes?" He responded by saying that United We Can maintains that workers who pay taxes "stop paying a lot" and that those with more income "pay a little more and give more support".

Tuesday saw United We Can present a non-legal proposal parallel to that of the Ministry of Finance to Congress. It is still waiting for the report from the committee of specialists last year. This Wednesday's issue prompted a rebuke between Maria Jesus Montero (minister of the branch) and Ione Belarra (minister of social rights). The first claimed that the purple proposal was "inopportune", which the general secretary to Podemos refuted.

1 A criminal organization based in Spain and linked... 2 Out of danger the bear cub found in critical condition... 3 "If you tell, your parents will punish you":... 4 An assistant keeps 15,500 euros that the 94-year-old... 5 Contact lenses could be the ultimate computer screen.... 6 At the Gravite Festival, around the world of Magellan... 7 PS5m Virtual Reality Centre opens in Portsmouth 8 The BluesCazorla 2022 festival posters are complete... 9 Transgenics and nuclear energy: The fall of two environmental... 10 Launch of the first private mission to International... 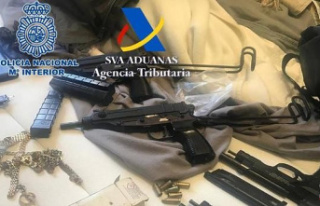 A criminal organization based in Spain and linked...