In a state of shock, with very severe dehydration and very low body condition. 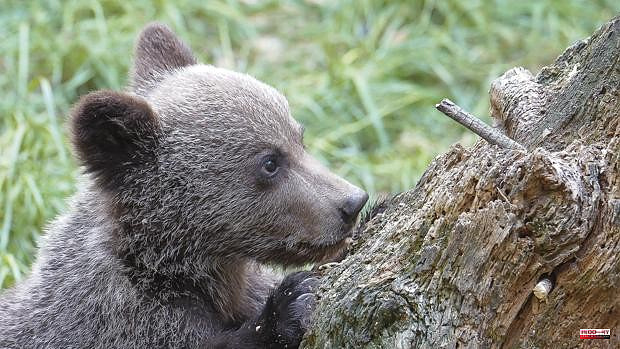 In a state of shock, with very severe dehydration and very low body condition. These were the conditions in which a neighbor found a small bear cub weighing just four kilos and only a few months old at the end of May in the town of Colinas del Campo de Martín Moro Toledano (León). After giving the alert, the little boy was put in the hands of specialists and although he was in critical condition and suffered a relapse shortly after arriving, after ten days of intensive care at the Wild Bird Recovery Center, CRAS, he has experienced "a clear improvement” and is “out of danger”.

It still has sequelae from the strong trauma received and the team of veterinarians from the fauna centers of the Junta de Castilla y León continues to monitor the esbardo to see its evolution, they report in a statement from the Ministry of the Environment, Housing and Territorial Planning.

In the first days of his arrival at CRAS, the cub was stuporous and had diminished reflexes. Little by little, he showed from occasional periods of alertness to being completely attentive in response to environmental stimuli around him, although there are still doubts about his vision, since he has strabismus and absence of pupillary reflexes.

At the end of last week he began to be able to sit up on his hind limbs, being able to maintain his balance in station for short periods of time, until he has finally managed to walk, run and climb, although with little coordination.

It is currently completely isolated in the facilities of the CRAS in Valladolid, feeding on its own and showing a behavior typical of specimens of its age. Although he has presented "an improvement, it is still necessary to continue evaluating the specimen and carry out diagnostic tests in order to determine the prognosis of the injuries it presents," the same sources explain.

In the next few days, and once new complementary diagnostic tests have been carried out, he will be transferred to a specific facility for brown bears at the Fauna Recovery Center in Villaescusa, in collaboration with the Government of Cantabria. The objective is to be able to carry out an exhaustive monitoring and to continue its development in a normal way, in conditions of minimal human intervention.

If the evolution is favorable and the specimen is suitable for reintroduction to the natural environment, it will be transferred to the facilities for the acclimatization of brown bears that the Junta de Castilla y León has on the Valsemana estate, in the province of León, in conditions of semi-freedom, following the experiences of the cubs Saba and Éndriga, which were successfully reintroduced after passing through these facilities.

1 "If you tell, your parents will punish you":... 2 An assistant keeps 15,500 euros that the 94-year-old... 3 Contact lenses could be the ultimate computer screen.... 4 At the Gravite Festival, around the world of Magellan... 5 PS5m Virtual Reality Centre opens in Portsmouth 6 The BluesCazorla 2022 festival posters are complete... 7 Transgenics and nuclear energy: The fall of two environmental... 8 Launch of the first private mission to International... 9 Sainz's frustration at being 'a Latifi,'... 10 Isco: You can't say "no" to Madrid 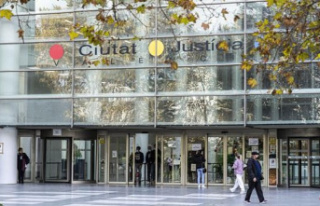 "If you tell, your parents will punish you":...