The destructive Southwest fires have destroyed dozens of homes in Arizona and left small New Mexico villages in the wake of the flames. They are expected to devour large swathes of grassland and forest with the help of fierce winds. 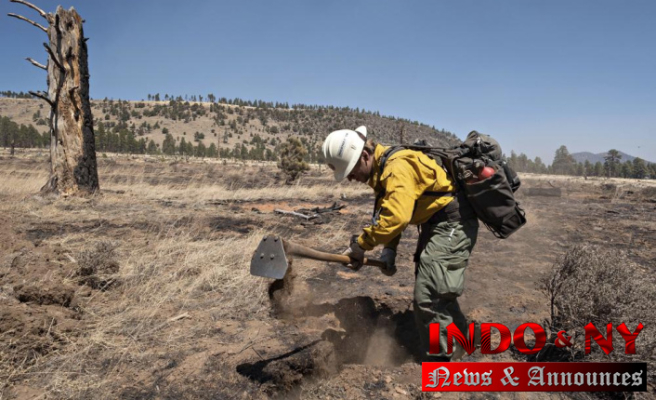 The cooler weather on Friday helped firefighters in northern Arizona to prevent more homes from being set on fire. However, the good weather is not expected to last long as more winds are forecast for parts of Arizona and New Mexico over the weekend.

"We had some snow and rain, but this wind will dry it very quickly," Dick Fleishman, a spokesperson for the Flagstaff fire, said.

To escape the flames, neighbors spent the night in the Sangre de Cristo Mountains northeast Santa Fe helping each other pack and load their horses and animals into trailers. Although the rural area is home for several hundred people, many homes are empty as summer has yet to begin.

Lena Atencio, her husband and their family, who have lived in the Rociada region for five generations, were forced to leave Friday due to the wind. She stated that people were taking the threat seriously, and that there was much traffic on roads overnight because people were evacuated.

"As a community as a whole, everyone is just pulling together and supporting each other. We just need to take care of what we need now. Then, it's in God’s hands," she added as the wind howled in Las Vegas, where the evacuees were gathered. "We will just have to watch and wait and see what happens."

According to fire managers, without air support or crews working directly on the firelines due to weather conditions, explosive growth was possible.

"It's certainly lining up for to be a very hazardous situation," San Miguel County Sheriff Chris Lopez stated during a community meeting, asking residents to heed evacuation orders.

Officials expected the fire to take over some areas of the valleys northeast of the city by the evening. Authorities began evacuating these other valleys Friday morning. According to officials, flames could reach as far as 13 miles (20 km) in this direction. Many roads were also closed in the vicinity.

Another fire was also raging in the northeastern corner of New Mexico, causing evacuations. Residents in Cimarron, as well as the headquarters of Philmont Scout Ranch (owned and operated by Boy Scouts of America), were prepared to flee the scene if necessary. Although thousands of people visit the scout ranch every summer, officials said that no scouts are present on the property.

Arizona had seen flames reaching 100 feet (30m) race through rural areas near Flagstaff days before. A break in the weather allowed helicopters and authorities to drop water on the flames, but that was only Thursday. The sheriff's office stated that more than 100 properties had been damaged and 30 homes were destroyed.

Since Sunday's outbreak, the fire has scorched close to 32 miles (83 km) of land and forced 765 residents from their homes. It also destroyed at least two dozen buildings.

Spot fires smaller in size could cause mountainous areas to rise above these neighborhoods. Any rainfall could increase flooding if that happens.

Although the wind will be less this weekend, fire managers are worried about wind shifts that could push a blaze onto already-burned neighborhoods and create new ones. Fleishman stated that they have no plans to change that.

Jon Paxton, sheriff's spokesperson, stated that authorities used sirens to alert residents in the evacuation zone Thursday night to remind them not to leave. The howling wind made it difficult to hear the alarms.

Scientists have stated that wildfire is now a threat all year round in the West due to changing weather conditions, including earlier snowmelt and more rain in the fall. These problems are exacerbated by decades-long fire suppression and poor management, as well as a megadrought lasting more than 20 years that has been linked to climate change.

Last winter, Colorado was hit hard by one of the most destructive wildfires. The flames ripped through two densely populated Denver suburbs. Crews managed to control two small wildfires this week, but Gov. Friday's meeting was with Jared Polis, who was to discuss the dangers and plans of state officials to handle what was likely to be a major fire season.

Arizona's popular lakes and national monuments were closed due to the wildfire that moved over them. The fire is threatening Wupatki National Monument.

Coconino National Forest closed the area where wildfires are burning, but did not put in place any other restrictions or closures. An indicator at the gate warns about potential loose debris, fallen trees and branches, flash floods, and other hazards. 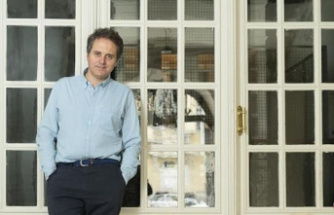 The writer Domingo Villar, admitted "very seriously" to the ICU for a brain hemorrhage 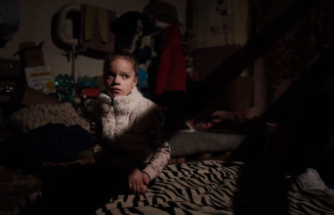 Despite bombings, families with children refuse to evacuate eastern Ukraine 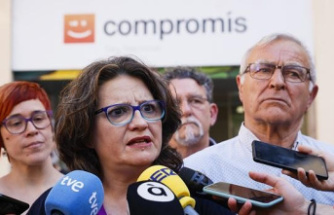 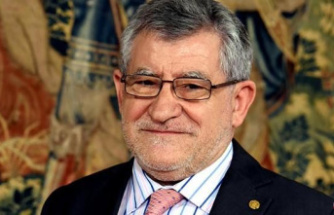 With the proclamation of Ángel Felpeto, the Big Week of the Corpus of Toledo begins on June 6 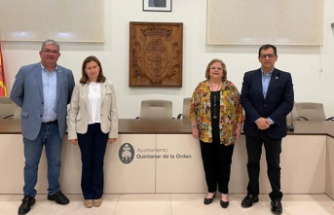 The Thermal Social Bonus has benefited 23,788 people in the province of Toledo
BREAKING NEWS HEADLINES 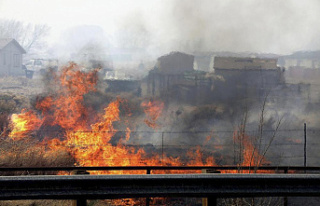