2 plead guilty to fraudulent fundraising for 'We Build The Wall'

The co-founder and leader of "We Build The Wall", a project that sought to raise money for a border wall, pleaded guilty Thursday in a case that also included Steve Bannon, former adviser to President Donald Trump. 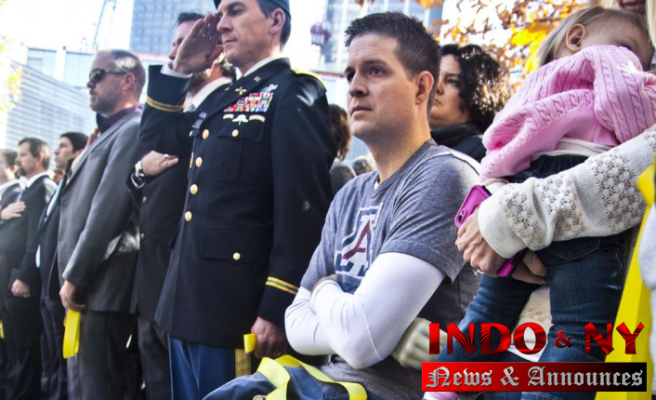 Brian Kolfage confessed to taking hundreds of thousands of dollars and promising that all donations would be used for the wall. He pleaded guilty a month before the trial. The case began in dramatic fashion in August 2020 when Bannon was taken from a luxury yacht off Connecticut's coast and arrested on allegations that he had robbed donors of funds for a southern border wall.

Trump pardoned Bannon just before he resigned last year. Bannon had pleaded guilty to the charges that he took over $1 million and used some of it to secretly pay Kolfage (a 39-year old Air Force veteran who was injured in an attack on a mortar in Iraq).

Andrew Badolato (57), codefendant financier, entered a guilty plea in the case Thursday during the same remotely held electronic hearing before U.S District Judge Analisa Torres, Manhattan. This meant that only one of four original defendants might be tried in May.

The government, Kolfage and Badolato reached plea agreements that stipulated that the defendants would not contest sentences within a set range of guidelines. Kolfage believed that the range was between four and five years. Badolato was in the middle of that range, at 3 1/2 to 4 years. September 6 was the date for sentencing.

The "We Build The Wall" group has raised over $25 million from thousands donors. They repeatedly promised that every dollar would go to the project.

Kolfage was asked to explain his crimes by the judge. He said that while the group originally planned to use all the funds to build a wall it became "very obvious" that they had to give the money to the U.S government to complete the construction of the wall.

He said that they had "induced donors to opt-in to the new project" in order to build a border wall along private land. They falsely claimed that no donations would be used for salaries or compensation.

He said, "I knew that what I was doing was wrong"

Torres then asked him questions about his speech, including whether he had promised that 100 percent of the money would be used to build the wall.

He replied, "That is correct."

The judge stated that "despite your promise, you made an arrangement with others to keep large amounts of money for yourself."

Kolfage replied, "That is correct."

Badolato claimed he participated in the conspiracy between 2018 and 2020. He agreed to guarantee donors that all money would be used to build the wall, even though he knew the statements were false.

He said, "I knew that this was wrong. I am terribly, horribly sorry for what my actions were and I beg the court to forgive me."

Badolato answered the judge's question about whether he knew Kolfage would be receiving money through donations.

Nicolas Roos, Assistant U.S. attorney, stated that evidence against the men would include testimony from donors and transaction records after donations to the defendants' banks accounts. Also, there would be false statements by coconspirators. 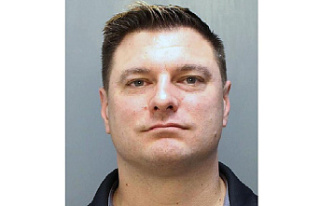 An ex-officer was charged with assaulting a mother...