The Regional Minister for Territorial Policy, Public Works and Mobility, Rebeca Torró, highlighted that this May 24, Valencia's modern tram celebrates twenty-eight years of service on the Metrovalencia network, during which time it has displaced 172. 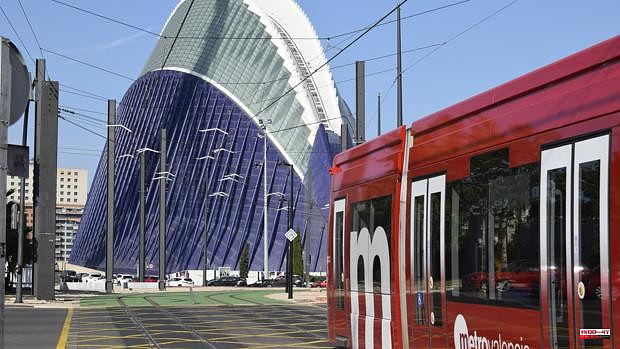 The Regional Minister for Territorial Policy, Public Works and Mobility, Rebeca Torró, highlighted that this May 24, Valencia's modern tram celebrates twenty-eight years of service on the Metrovalencia network, during which time it has displaced 172.2 million people users on its four lines, once the new L10 has been added since May 17.

Torró has highlighted the "unquestionable success" experienced by the Valencia tram in recent decades and has ensured that this means of transport "looks to the future with optimism with the recent opening of Line 10, which connects the center of Valencia with Nazareth, and the planned extensions of this same line and lines 11 and 12 of Metrovalencia, all of them in progress administratively, since the project studies are being drafted».

On May 21, 1994, with the opening of Line 4 of the tram, a public transport system was recovered that, from the end of the 19th century until 1970, had structured the city and articulated the daily life of its citizens.

With the recovery of this means of transport by the Generalitat, Valencia became the first Spanish city to recover a modernized tram system. The minister has pointed out that, since then, "the progression of the tram has been constant, to the point that the great capitals such as Madrid, Barcelona, ​​Seville or Bilbao, have opted for this means of transport following the reference of the Valencia tram ».

In this way, Torró recalled that «the first modern tram line was inaugurated in 1994 with 21 stops and 9.8 kilometers of network integrated into the urban environment of the city, a circumstance that it continues to maintain, but already 25 kilometers long today, after adding the 5 km of Line 10».

In these 28 years, the tram network has evolved to have four lines in service: Line 4 (Mas del Rosari / Doctor Lluch), Line 6 (Tossal del Rei / Marítim), Line 8 (Marítim- / Neptú) and the Line 10 (Alicante-Nazareth). The current operation totals 25 kilometers and 51 stops, spread over the municipalities of Valencia (40), Burjassot (6) and Paterna (5), which are covered by 46 units of Siemens and Bombardier, currently Alstom.

The busiest stops are La Carrasca, Pont de Fusta, Benimaclet, Vicent Andrés Estellés, La Cadena and Vicente Zaragozá and the number of kilometers traveled in these 28 years amounts to 34.5 million, which is equivalent to 863.5 trips around the world .

The commissioning of Line 10 of Metrovalencia represents the "starting point", in the words of the minister, for future extensions of the tram network in the city of Valencia. Apart from the extension of L10 itself towards Grao, its first few kilometers will be shared by the future Line 11, which will branch off at the City of Arts and Sciences (Pont l'Assut de l'Or) until el Grao -in which it will coincide with the extension of the L10-, and Line 12, which will take an alternative route, after the Amado Granell-Montolivet station and before the Quatre Carreres stop, until it reaches the largest hospital in the capital, the Hospital La Fe.

1 Foot: First call for Jarrod Bowen with England 2 Pro D2: Provence Rugby, a new staff for great ambitions 3 Roland-Garros: "It's been a long time since... 4 The IVAM of Valencia presents a tour of the works... 5 The Summit of the Americas was born with democracy... 6 Frightened by their nightmares, thieves return the... 7 Sánchez insists on intervening in the electricity... 8 Aguas de Alicante hosts the presentation of the digital... 9 What are the most viewed monuments in the world on... 10 Vettel chases thieves to find his bag 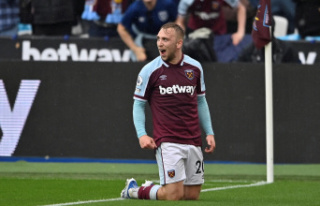