PAU 2022 in Valencia: the self-government of Catalonia, the Second Republic and the Transition open the selectivity exams

The PAU 2022 has started this Tuesday, June 7 in the Valencian Community with the History of Spain exam, a test in which different political issues have been cast such as the Second Republic, the Transition or the self-government of Catalonia, among other options. 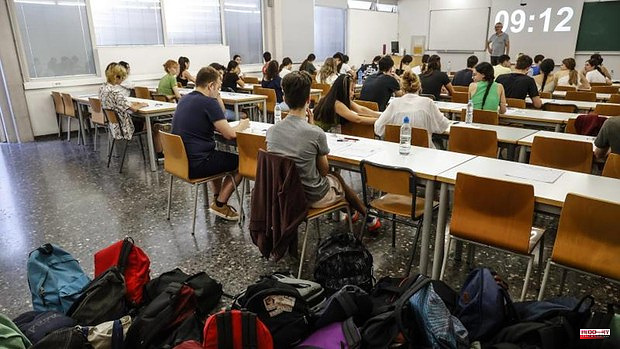 The PAU 2022 has started this Tuesday, June 7 in the Valencian Community with the History of Spain exam, a test in which different political issues have been cast such as the Second Republic, the Transition or the self-government of Catalonia, among other options.

Thus, the University Entrance Exams, also known as Selectivity, have kicked off with the test on knowledge of Spanish History, in which students could choose or combine several options related to the 19th and 20th centuries.

Regarding the first century, applicants to enter the university have faced different issues related to the Liberal Triennium, as well as the differences between absolutism and liberalism in the period between 1808 and 1837.

For this option, the texts that have been included in the examiners were a press extract from the Extraordinary Gazette of Madrid of March 10, 1820 and a farewell letter from the Bishop of Orihuela Simón López to the priests, clergy and other diocesans, which It was printed in Murcia and reprinted in Valencia by Martín Peris, in 1820.

As for the 20th century, students have had to compare the legal and political process of democratization in 1931, during the Second Republic, with the years 1977 and 1978. Later, the second development question has focused on the Transition, while the texts provided were a speech by King Emeritus Juan Carlos I in the US Congress in 1976 and a fragment of the 1979 Statute of Catalonia.

After the History of Spain exam, applicants must face the Valencian Language and Literature test, as well as choose between Business Economics, Biology and Audiovisual Culture, belonging to the specific phase.

Of the 22,511 students who apply to the PAU, a total of 20,989 come from studying Baccalaureate in any of its three modalities, while the rest of the student body accesses the PAU through training cycles, the Generalitat has indicated in a statement.

1 Long queues to buy a chair for Corpus Christi in Toledo 2 Dismantled in Madrid a criminal group that committed... 3 They record elite soldiers of the British army in... 4 Toru Takahashi is a respected AP Asia photo editor... 5 Lewandowski insists on going to Barcelona 6 UN urges Thailand to evaluate Rohingya's refugee... 7 New Zealand PM will visit Australian counterpart in... 8 Johnson of the UK tries to regain power after rebelling... 9 Cervantes leads the Observatory that will guide the... 10 The Mossos call for a detection protocol after the... 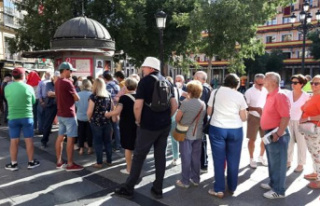 Long queues to buy a chair for Corpus Christi in Toledo