Ethiopian politician: War is the epitome of hell

The ethiopian prime minister, Abiy Ahmed, is on Tuesday in Oslo to receive the Nobel peace prize. War is the epitome of hell for everyone involved. How does 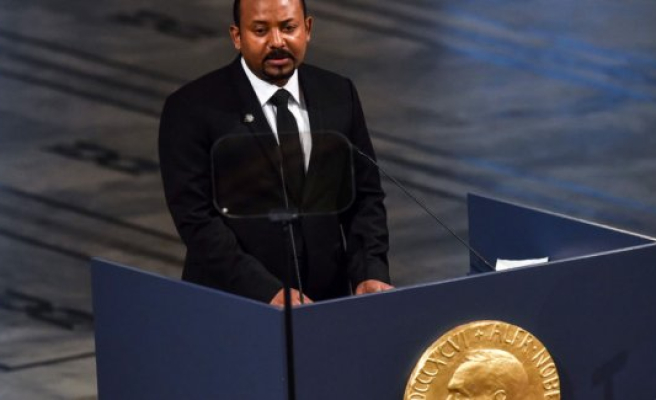 The ethiopian prime minister, Abiy Ahmed, is on Tuesday in Oslo to receive the Nobel peace prize.

War is the epitome of hell for everyone involved.

How does it sound on Tuesday from the Ethiopian prime minister, Abiy Ahmed, who is in Norway to receive the Nobel peace prize.

Abiy Ahmed was announced as the recipient of the award in October.

the Reason was the 43-year-old prime minister's efforts to create peace between Ethiopia and Eritrea after two decades of enmity.

He says that he as a soldier between 1998 and 2000, during the showdown between the two longtime rivals was seeing "the ugliness, their wickedness, and what it can do to people".

- I've seen brothers kill brothers on the battlefield. I have seen elderly men, women and children shaking in fear under a deadly rain of bullets and bombs, says the prime minister's speech in the city hall in Oslo.

He says that militant groups and global military superpowers in the day pose a threat to the area at the Horn of Africa in eastern Africa.

- The global military superpowers are expanding their military presence in the area. Terrorist groups and extremist groups are also trying to get a foothold, says Abiy Ahmed.

He did not mention specifically which countries or groups he is talking about.

- We will not have, that the Horn of Africa becomes a battleground for superpowers or a hiding place for terrorists or people who are behind the despair and misery, says the ethiopian prime minister.

He praises in his speech, in addition, the Eritrean president, Isaias Afwerki, and call it the devil, that Ethiopia and Eritrea will undertake to keep the peace.

1 Lawyer Jakob Buch-Jepsen appalled by the discrimination 2 Here are the charges against Trump 3 Aung San Suu Kyi sat motionless and heard about the... 4 Hungary breaks european UNION rules, with criticism... 5 Transgender was the WORLD cup-dropped: May not bathe... 6 Violent man ravaging jysk village: 'It's like a nightmare' 7 Frustrated Sarah Iversen before the WORLD cup crash:... 8 After nasty emails: Danish promoter closes 9 Norwegian national team player switches to the Aarhus... 10 Travel guide warns: Here you should not go