221 migrants rescued in Canary waters, including 6 children and a baby

Salvamento Marítimo has rescued a total of 221 people from various boats in Canarian waters. 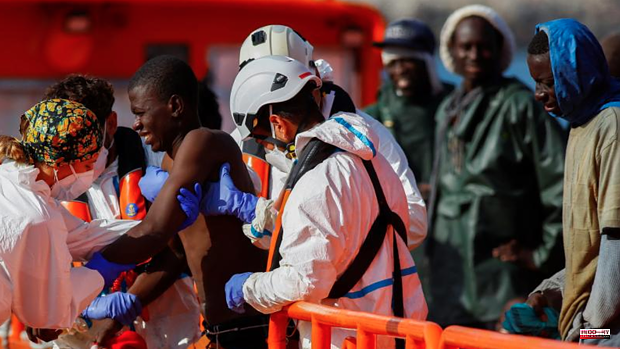 Salvamento Marítimo has rescued a total of 221 people from various boats in Canarian waters. Among the occupants there are six children and a baby.

One of the boats was transferred to the Arrecife Pier with 53 sub-Saharan migrants, including 15 women, 3 minors and a baby, rescued when they were heading to Lanzarote.

A pneumatic was also located near Grsn Canaria in which 38 sub-Saharan migrants arrived, including 4 women and a baby. They were transferred to the Arguineguín Pier and after the first health care, the baby was transferred with his mother to the hospital for evaluation.

For its part, to the south of Fuerteventura, Salvamento located two inflatable boats with 130 people of sub-Saharan origin on board.

Its occupants were transferred to the Gran Tarajal Pier. The group included 31 women, one of them pregnant, and 15 minors, all in good health.

1 They judge a man for trying to kill his two tenants... 2 Champions in Madrid: 400,000 people, small police... 3 The PP urges Ximo Puig to demand that Pedro Sánchez... 4 Motorsport: Hadrien second in European Regional Formula... 5 Metropolis de Grenoble. Sassenage: He was involved... 6 Ludon-Medoc: This summer, 14 young people were hired... 7 Company. Promotions, fake reviews, and canvassing... 8 Champions Cup. Uini Atonio: We came to play, but we... 9 Mios: Festive Week at the Early Childhood Relay 10 Five arrested from the same family for stabbing a... 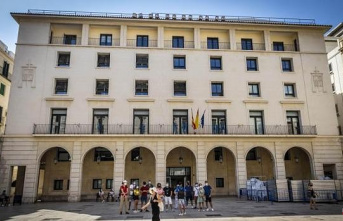 They judge a man for trying to kill his two tenants...