Fernando Alonso embroiders it in the rain, Verstappen makes the pole

Fernando Alonso comes back to life. 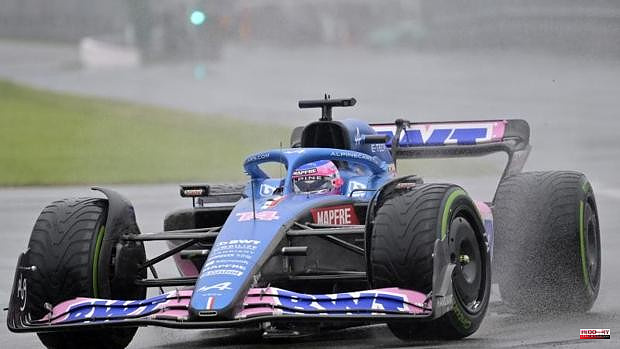 Fernando Alonso comes back to life. At 40 years old, twenty seasons in Formula 1 and always hungry. The Spanish embroiders it in Montreal, in extreme conditions, rain and danger for all the pilots. It is an extraordinary classification of Alonso, regular in all the Q and outstanding in the dead end, at the last minute, with everything at stake, one try. Verstappen is at another level with Red Bull, but Alonso gives his best: second in Canada, front row again. Carlos Sainz completes this Spanish festival almost at dawn. He starts third with the Ferrari in a race that looks exciting this Sunday (8pm, Dazn).

Canada and its rain, the Gilles Villeneuve circuit along the Saint Lawrence River and the exemplary Montreal with rain give an unexpected panorama, so effervescent that it recalls the aroma of other times.

Fernando Alonso is back in action, sharpening times with an Alpine that runs like hell, fighting at the summit, arguing or dreaming of pole position that he hasn't achieved for ten years (Hockenheim, Germany, 2012 with the Ferrari).

The rain and the speed of the Alpine provide that unexpected image, which even this year could not be imagined. Alonso, who has set the best time in the third free practice, is also showing off in qualifying. He always rounds the first three positions in a Spanish combination that invites to the party. Wise hands, experience and talent.

Carlos Sainz also rolls fine with the Ferrari, for four minutes in Q1 they form a stellar couple. Sainz, first, Alonso, second. Referee the hour, it is shouted from Spain. Only Verstappen beats the Asturian in the opening round, which leaves illustrious Gasly, Vettel, Stroll, Tsunoda and Latifi eliminated.

The transfer of single-seaters around the Canadian circuit cleans the track, absorbs the rain and forces the teams to mount intermediate tires. But the picture does not change. Alonso continues to give a recital in water with a racing car that works wonderfully. Before the red flag for Checo Pérez's accident, the Spaniard commands the time table with half a second over Verstappen. Referee the hour.

The asphalt dries up and that is a recital of fast laps because the track turns into candy. The matter does not change despite everything. Verstappen continues to put a price on pole, with the best times at the end of each round, but Alonso does not lose face. Second again, candidate for the first row in an exciting classification, with alternatives and Spanish protagonism. Carlos Sainz is third in the fray.

The two surnames that give meaning to Formula 1 in Spain finally participate in a real game in which they compete with each other with the leadership of Formula 1 in the background. A magnificent photograph.

It is the most exciting Q3 in years. Alonso is looking for a pole that has resisted him for a lifetime, ten years. Sainz pursues another dream: the first of his career. And in front, a category morlaco, Max Verstappen, world champion. Summit.

The outcome holds a certain logic because none of them fails, the three musketeers are as solvent as their category proclaims. There is no option to snatch pole from Verstappen, who nails the times and does not give up a millimeter, the champion unbeatable. But the day belongs to Fernando Alonso, who saves everything for the last attempt, with a few seconds to go: the battery, the new intermediate tire, the speed and, above all, his wisdom. The Spaniard embroiders it and achieves the second fastest time, again in a front row. Carlos Sainz fulfills his objective. He also does it fabulously, a step behind, but as effective as ever. Third.

1 Students and Girona, a duel for promotion 2 2022 Candidates: Birthday Gift for Alireza Firouzja... 3 Barcelona will look for the eleventh this Sunday 4 «Akelarre», «Marmotinha», «Kohen» y «Biobizz»... 5 "Momo" and "Dix Aôut", champions... 6 Florentino's dart to Mbappé: "Poor man,... 7 Charlie Dalin winner of the Vendée Arctique 2022... 8 El Liceo, a Gallic village against Catalan rule 9 UEFA does not sanction Al Khelaifi for the incidents... 10 Cantabria sets the pace in the J80 Spanish Cup 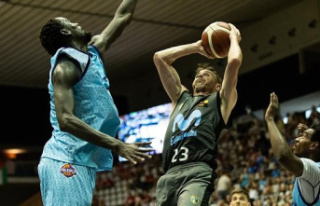 Students and Girona, a duel for promotion