Casper Ruud meets his idol Nadal in the Paris final

An after-meal conversation with a heavy heart due to Alexander Zverev's injury is joined by an afternoon-night with more surprises, the meeting between Marin Cilic and Casper Ruud being stopped for ten minutes because a spontaneous jumps onto the court and ties herself with a bridle to the network and with a t-shirt with a vindictive message. 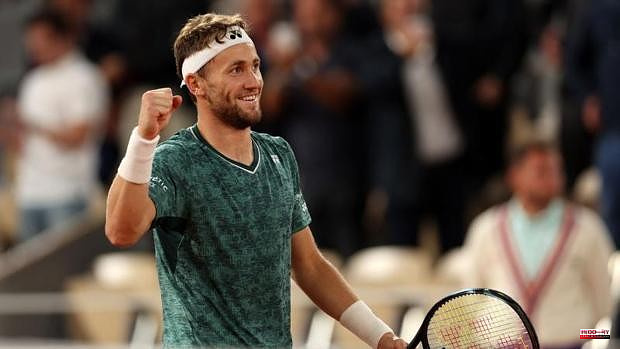 An after-meal conversation with a heavy heart due to Alexander Zverev's injury is joined by an afternoon-night with more surprises, the meeting between Marin Cilic and Casper Ruud being stopped for ten minutes because a spontaneous jumps onto the court and ties herself with a bridle to the network and with a t-shirt with a vindictive message. A scare that the organization preferred to solve in the most peaceful way possible, but sending the players to the locker room.

Despite the interruption, Ruud did not deviate from the route and achieved one of the most important victories of his career, his first Grand Slam final with a powerful game and great enthusiasm.

He beat Marin Cilic in that second clash of generations match in which the 33-year-old Croatian took the lead thanks to his greater experience and that powerful serve from his 1'98 height.

But it was not enough for a new talent with many resources to stop power and impose a soft hand. Thus he was wrapping the Croatian in doubts and blows that forced him to lower those legs that it is so difficult for him to shrink and stretch again. With a direct serve he signed the passage to the final, after two hours and 55 minutes, somewhat less than the two sets that had been played in the first semifinal between Nadal and Zverev.

They know each other very well, since the Norwegian outlined his tennis at the Balearic Academy in Manacor, with joint training sessions, and that is where he takes refuge in the clay court seasons. They also know each other, and very well, off the track, as they have shared golf matches. Ruud already knows how the Spaniard spends it, because he confessed that while he takes it as a game, for Nadal everything is competition. He has never beaten golf.

"As a child I cried a lot, but I looked at Nadal and I wanted to learn from him, because he never gives up and he never complains either," admitted the Norwegian.

They haven't met on the tennis court yet, but there is maximum respect between one and the other. "He is one of my idols," launched the Norwegian. "He is a friend, he has a great family, he is a professional, he has a very good attitude to learn and he is humble," replied Nadal, who valued his projection in the last two years. He has eight titles, even if they are in the small category of the ATP: Buenos Aires (2020), Genoa, Bastad, Gstaad, Kitzbuhel, San Diego (2021) and Buenos Aires and Genoa (2022).

His father Christian, who was also a tennis player and became 39 in the world, directs his steps. But it is the kid who is imposing his name on better achievements. Joy for Norway, that he wears the flag in Paris and pride because he has one of his own in the final. 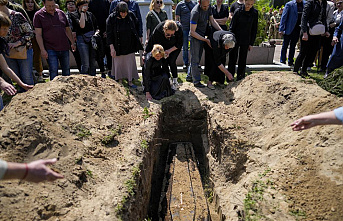 Russia could be staying in Ukraine after 100 days...