Minister under pressure: Robert Habeck cannot be made into a bogeyman. But is that enough to dispel the criticism?

It's Thursday morning and it's time to get something off the ground. 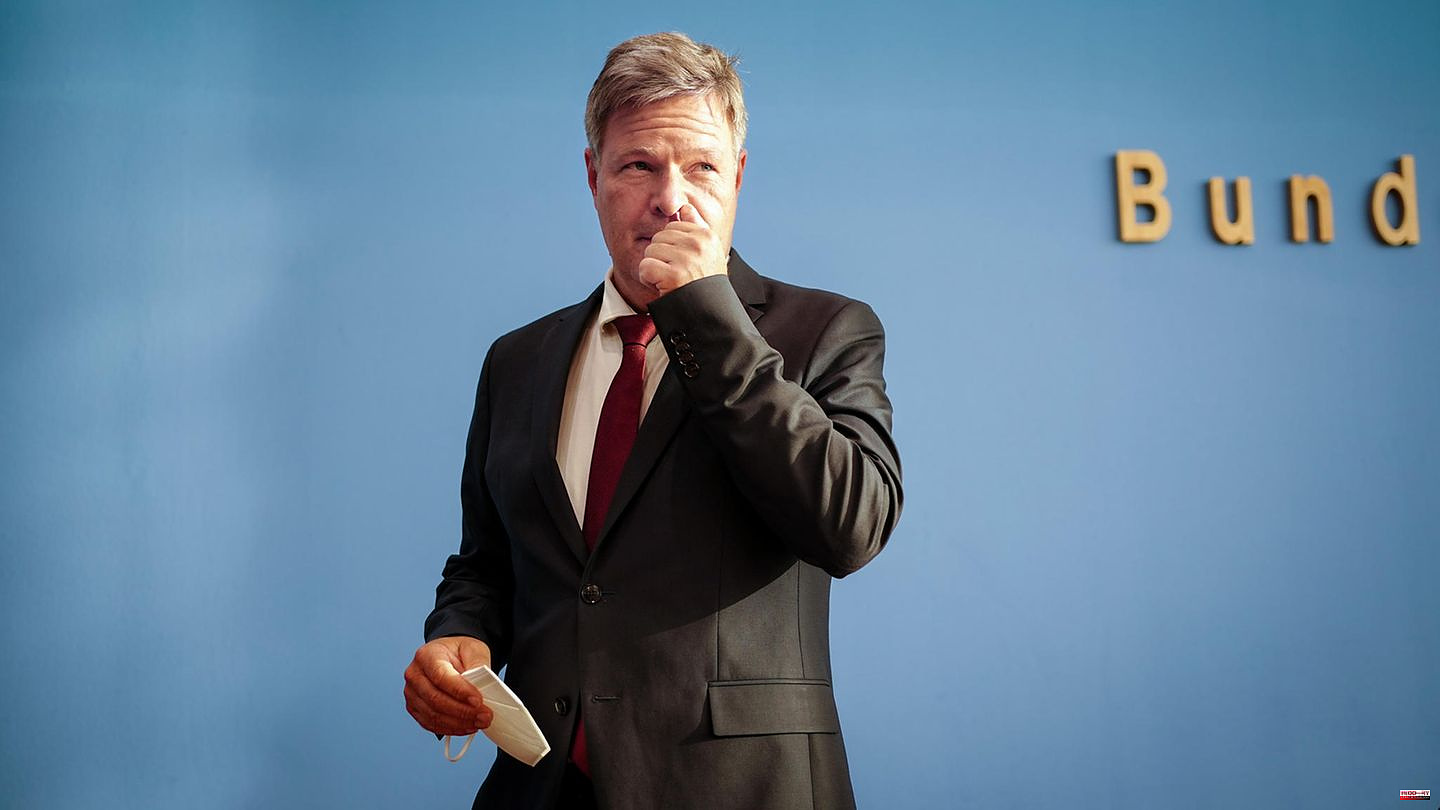 It's Thursday morning and it's time to get something off the ground. Robert Habeck steps up to the lectern in the Bundestag to speak about his ministry's budget. At least that's what the agenda says. But the Economics Minister has to clarify something beforehand.

"Actually, we have better and more important things to do than talk about each other," says Habeck. "Reality demands our full concentration and attention. Nevertheless, I would like to say that this sound of self-criticism that I heard here yesterday requires an answer."

The addressee is "Dear Mr. Merz", who dealt powerfully against Habeck in the general debate the day before. Later more. In any case, Habeck's answer to the CDU leader and opposition leader is clear: the Union has ruled for 16 years and is therefore responsible for "16 years of energy policy failure". "In a few months we'll clean up what you screwed up, prevented and destroyed in 16 years," rumbles Habeck. And now further in the text.

The episode is symbolic of the sometimes ambivalent politician Habeck. He established a new style in politics. Thoughtful, internally torn, direct and rough. For some he is "The suffering figure" ("Der Spiegel"), who wins over the Germans with his appearance in the crisis, for others "The helmsman" (stern), for whom, as super minister for climate protection and the economy, practically everyone problems converge. For the voters, he is currently the most popular politician in Germany.

A new nickname is emerging: Robert Habeck, the bogeyman. Under the impression of an acute energy and economic crisis, the idiosyncratic communication style and enormous range of tasks become a problem for him. The pressure on Habeck is increasing, the mistakes are piling up, as is the criticism of the crisis minister - not only from the opposition around Friedrich Merz.

Most recently, Habeck acted unhappily. The trouble began in August with the gas surcharge, which is anyway a "bitter medicine" (Habeck) for all consumers who, starting in October, will have to contribute to the rescue of struggling energy companies at considerable additional cost. However, companies that make profits and are not in need could also benefit from this, as the minister later had to admit. Habeck, quite contritely, cited legal risks for the situation. Now changes should be made and "free riders" sorted out.

Whether the gas surcharge was knitted with a hot needle or not, as critics complain: Habeck got on the defensive for the first time and even had to take unusually strong criticism from his coalition partner. SPD co-leader Lars Klingbeil criticized "technical mistakes" that would have to be eliminated, and also put it on record: "Robert Habeck undoubtedly has an interesting communication style," he said "Zeit Online", "but in the end it doesn't count in politics just nice words. Above all, the substance has to be right."

But communication doesn't always work. On Tuesday evening, Habeck was in the public crossfire because of a statement about insolvencies when he spoke at least awkwardly to "Maischberger", but by no means understandably, about a possible wave of insolvencies in Germany (read more about this here). A gift, actually. But opposition leader Friedrich Merz took the episode on Wednesday as an opportunity to mock the Minister of Economics in the general debate: Habeck could "formulate pleasantly", let himself be "watched while thinking", he teased, but was "helpless" on economic policy issues ". Everyone could have seen that on German television. Habeck had more or less laid this template on his instep.

And then there is the heated debate about the "cold reserve", which also harbors massive potential for division within the coalition. The core question: should the three remaining nuclear power plants in Germany remain connected to the grid in view of the impending energy shortages? After a stress test by the power grid operator, Habeck concluded: Two nuclear power plants should remain in "operational reserve" until April 2023, and the third should be switched off as planned at the turn of the year.

That's not enough for the traffic light partner FDP: The Liberals are calling for all three nuclear power plants to continue operating "until at least 2024", as party leader Christian Lindner told the "Süddeutsche Zeitung". Environmental groups, on the other hand, were outraged that a green person of all people wanted to let the piles run longer. And for the Union, Habeck's plans are "madness" anyway, as CDU leader Merz said.

Chancellor Olaf Scholz (SPD) has backed Habeck's reserve plan, as have the Green leaders from the party and parliamentary group. However, the next trouble in the nuclear power debate is already emerging: What does "cold reserve" actually mean?

There is obviously a need for discussion, even with one of the power plant operators. Habeck's proposal to "send two of the three running systems to the cold reserve at the turn of the year in order to start them up if necessary is technically unfeasible and therefore unsuitable for securing the supply contribution of the systems," says a letter from Guido Knott, head of Preussen Elektra, to the State Secretary in the Ministry of Economics, Patrick Graichen. First, the "Spiegel" had reported on the letter.

Is it all just a misunderstanding? In any case, the Federal Ministry of Economics felt compelled to tweet a series of Wednesday afternoons in which the plans were "explained in more detail". Host Habeck expressed his "surprise" at the letter from the nuclear operator. The group probably did not understand the concept of the emergency reserve. Or did the top communicator Habeck of all people not communicate it clearly enough? That needs to be clarified now.

Wherever Habeck looks, criticism is pouring down - which goes beyond the expected outrage from the opposition (the former CDU Minister of Agriculture Julia Klöckner is really working on the Minister of Economics on Twitter). Sometimes that's not always fair.

His talk show remarks on bankruptcy may have been clumsy at the very least, but true at heart, as economists note. And with the controversial gas levy, one could certainly get the impression that those responsible were rearranging the widely distributed responsibilities in order to get out of the crosshairs themselves (read more about this here).

In addition, far-reaching decisions have to be made within a very short space of time – in a situation that is always in flux. Chancellor Scholz said after the federal government's cabinet meeting in the presence of Lindner and Habeck: "We have made far-reaching decisions that nobody foresaw last year. I think you can say that for the whole country."

Self-declared goal: to get the country through the (energy) crisis and prevent a "hot winter". The government, including Habeck, is more or less doomed to succeed. If the measures don't work, not only will the traffic light coalition falter, but possibly also the entire political system (you can read more about this in the current stern cover story).

Habeck, as Economics Minister, has a special role to play. He is in the spotlight, every carver is well illuminated. As a result, enthusiasm can quickly turn into disillusionment.

Annalena Baerbock had a similar, but different, experience: the current Federal Foreign Minister once led the polls as the Green Party’s candidate for chancellor, but gambled away the victory that was believed to be certain due to many unpleasant blunders in the election campaign. Or the former Federal Minister of Health Jens Spahn (CDU), who was already being considered the next candidate for Chancellor at the beginning of the corona crisis - but experienced a sudden crash after all sorts of problems in fighting the pandemic.

According to current surveys, the crisis is scratching Habeck, and his Greens are also losing favor with voters, but there can be no talk of a trend reversal.

And Habeck is obviously not willing to go on the defensive. He switches to attack. The storage tanks continue to fill up, although Russia has not delivered any gas via the Nord Stream 1 pipeline for a week, and the commodity prices on the stock exchange are "high and too high", but not exploded. The “forward-looking” policy of the traffic light coalition ensured this. "The fact that we are where we are is because this government has followed a consistent course from Day 1," said Habeck.

There he is again, the helmsman. 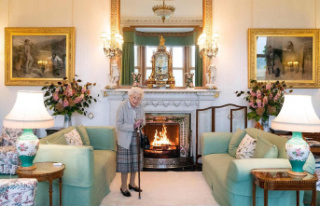