Protests after the death of George Floyd: a call for national guard in more and more U.S. cities

Curfews and call for the national guard in more and more US cities I more and more cities in the United States have given the nearly the country, sometimes v I more and more cities in the United States have given the nearly the country, sometimes violent protests after the death of the African-American George Floyd curfews. The mayor of San Francisco London Breed announced on Saturday evening, a curfew of up to 5.00 PM local time (15.00 GMT). Previously, protests against police were handled violence in looting and vandalism. In addition, the mayor requested the help of the national guard, as the newspaper "San Francisco Examiner" reported. Matt Rourke/AP/dpa

In Los Angeles, has also requested the national guard to prevent further rioting. Mayor Eric Garcetti said in the US channel Fox News: "This is no longer a Protest, this is destruction. In the second largest city in the United States output was also inhibited. Chicago media reported that the police Bureau had arranged for the officials 12-hour shifts, in order to get the protests under control.

In Minneapolis, where Floyd died after a brutal police operation on Monday, it came to riots fifth night in a row, and also to looting. On television images of burning shops and cars were to be seen. In New York there were arrests and people injured. According to media reports, authorities have adopted in at least 25 cities in 16 different States of the output block. Nevertheless, there was widespread protests. 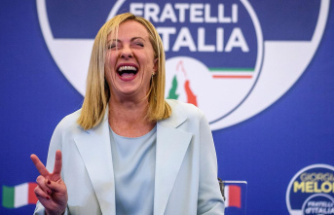