Frederiksen waiting for brexit soon and want to debate

the Prime minister supports Boris Johnson's idea of a quick debate on the relationship to the EU. Brexit should and will be executed soon, is the announcemen 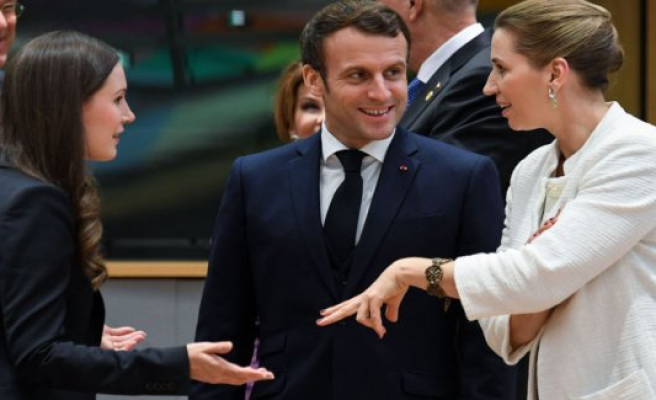 the Prime minister supports Boris Johnson's idea of a quick debate on the relationship to the EU.

Brexit should and will be executed soon, is the announcement and, " and from the prime minister Mette Frederiksen (S) after the uk elections, where prime minister Boris Johnson on Thursday won a solid victory.

the Prime minister attends Friday in a summit on brexit with the EU heads of state and government in Brussels.

- I think that we see brexit on a very short time, and so I think that Johnson's idea that we take a relatively short period of negotiation then to get it all in place, actually is the right way to do it, she says.

Therefore, it can be a "cash phase", you go into now. She sees no reason to draw the uncertainty any longer. Not even when it comes to the future.

- There are so many things that must be in place. But things are not necessarily better, is that you spend three-four years on it, says Frederiksen.

Before such a debate can be initiated, should the british formally be out of the EU. And it will happen soon, assesses the prime minister.

She calls it "a shame for Europe and for the british" to the british leaving the EU. But since it is the resolution, so "we may as well get it executed".

- Europe is nothing without the british. Now we have a UNION to function without them. But Europe needs the Uk and the EU holds together - even if it is with brexit as a backdrop, " says Frederiksen.

Denmark is to ensure a close relationship with the Uk as possible, believes the Liberal party's president, Jakob Ellemann-Jensen. He finds it good that there now is a view of a more clarified the situation between the EU and the Uk.

Above all, it provides clarity in relation to that, we now get a brexit, and the clarity is good, for now we have been waiting for three and a half years.

- of course I had rather have seen that the british had been as a member of the EU. But they have made the choice which they have, and therefore we should have a clarification, says Ellemann-Jensen.

The british parliament and the European Parliament must vote on and approve the udtrædelsesaftalen with the EU, before the brexit can become a reality.

It is the plan that the british should leave the EU by the end of January 2020.