Every fourth child is growing up with war or disaster

The past 30 years there have not been so many children in the world who are in urgent need of help, as there are today. From the civil war in Syria and the hu 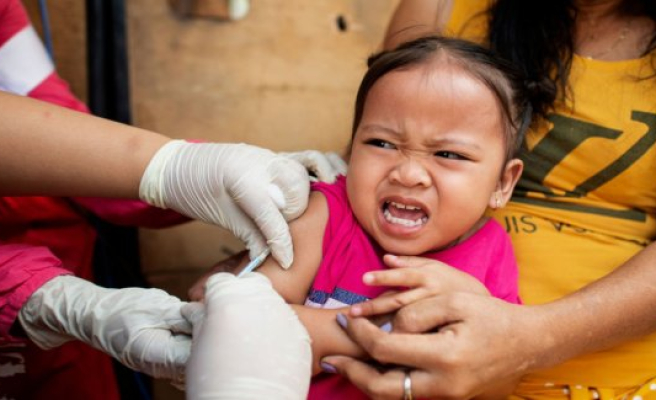 The past 30 years there have not been so many children in the world who are in urgent need of help, as there are today.

From the civil war in Syria and the humanitarian crisis in Yemen to the poor living conditions of rohingya refugees in the camps in Bangladesh.

the World is affected by several serious conflicts and disasters, which affect the children who have their daily lives in the midst of them.

According to a report from the UN's aid society, Unicef, the number of children on the run as a result, "shocking", and the number of countries affected by conflict is higher now than it has been in the past three decades.

It means that there is a particularly great need for basic help to the world's children, says the general secretary of Unicef Denmark Karen Hækkerup.

- Right now we can see that every fourth child in the world lives in a country affected by conflict or disaster.

- It means that - since Unicef began to keep statistics on the area 30 years ago - has never been so many children who are in urgent need of help, as there is now, " says Karen Hækkerup.

the 59 million children, distributed in 64 countries, next year will need help.

It means, according to Karen Hækkerup, that Unicef has "a record need" for funds to help children who lack water, food, medical care and protection, and who are not in school.

in Order to be able to give the children what they lack, it requires about 4.2 billion u.s. dollars - similar to 28,35 billion. The funds to Unicef usually comes from the world's states, corporations and private donors.

The areas where children are particularly vulnerable, are spread out over large parts of the world: the Middle east, Asia, Africa and south America.

- Some of the conflicts we know. Syria is, of course, incredibly hard to hit. But also Yemen, The central African Republic and the rohingya refugees living in Bangladesh, has much need of our help.

- When there are children in need in 64 different countries, means that many children live in conflict zones, as we don't really hear about in the media. We must also help, says Karen Hækkerup.

In 2019 was Denmark, with a contribution of nearly 77 million dollars, among Unicefs heaviest donors in the field of humanitarian aid.

- That Denmark is so well represented, is something we must cherish and be proud of. Unfortunately, we are in a time where many countries are reluctant to give money to international systems, says Karen Hækkerup.

1 Lawmakers in the UNITED states would punish China... 2 Constrictor is on the loose on the Island 3 Parents can end with a part of the bill to more educators 4 Canadian firefighters will extinguish fires in Australia... 5 Ancient traditions abandoned in the boksebrag 6 Danish WORLD cup profile on baby plans: 'We have had... 7 So is the first ticket in the Denmark group away 8 Chicken called back the pga. salmonellafund 9 The two women disappeared in Sweden: Now they are... 10 The danes are experts in the boring christmas gifts... 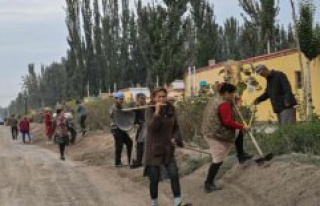 Lawmakers in the UNITED states would punish China...