The Common Agricultural Policy (CAP) is a great unknown to the Spanish after 36 years of belonging to the European Union (we joined in 1986). 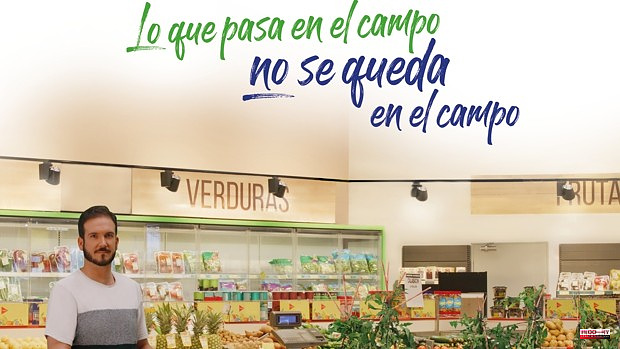 The Common Agricultural Policy (CAP) is a great unknown to the Spanish after 36 years of belonging to the European Union (we joined in 1986). According to the latest Eurobarometer, 38% of the Spanish population has never heard of this community policy. While the remaining 53% know of its existence, but do not know its particularities at all. All this, when these aids come to benefit up to 680,000 Spanish farmers and ranchers each year. For all of the above, the Ministry of Agriculture, Fisheries and Food has launched a communication campaign over the next 4 weeks under the slogan 'What happens in the field does not stay in the field' which will be broadcast on television, radio, press and digital media with a forecast of "more than 700 million hits".

The objective is to increase knowledge about this community policy among the population in general, and to make its contribution to society known. It is especially aimed at three very specific audiences: those under 35 years of age, the beneficiaries of the CAP and women.

Agriculture Minister Luis Planas recalled the post-World War II context in which it was born and highlighted that "the CAP is a support policy for all citizens because it helps provide safe food at reasonable prices." In this sense, he added, that this community policy represents a third of the community budget and that it also "improves the quality of life of the people, as well as promotes business projects among groups such as women and young people."

As an example, he pointed out that agricultural income has risen by 48% since 1990 and the CAP has been decisive in boosting exports. Specifically, sales abroad last year exceeded 60,000 million euros with a positive trade balance of around 19,000 million.

It has also put figures on the Common Agricultural Policy (CAP), which contributes to Spain some 6,800 million euros a year (5,700 million in direct aid and another 1,100 million for rural development policies). At this point, Planas congratulated himself on "the job well done in maintaining the financing for Spain in the 2023-2027 period" estimated at 47,724 million euros.

1 Unemployment benefit: this is the new SEPE model to... 2 Nadal and directo against Van de Zandschulp 3 Pope Francis' close friend, Cardinal Hummes,... 4 Canadian government: China Tycoon due to be tried 5 Distressing rescue of a boat in Gran Canaria that... 6 The volunteers took the 12-year-old boy gored in a... 7 Galicia and the Basque Country lead an autonomous... 8 An estelada and 200 independence supporters to besiege... 9 La Tarxeta Básica, the new ariete of the opposition... 10 The daughter of the former president of Angola denounces... 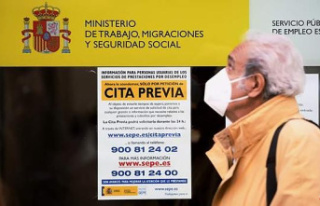 Unemployment benefit: this is the new SEPE model to...