"We can't wait for the discussion that Encanto will provoke", interview with the directors 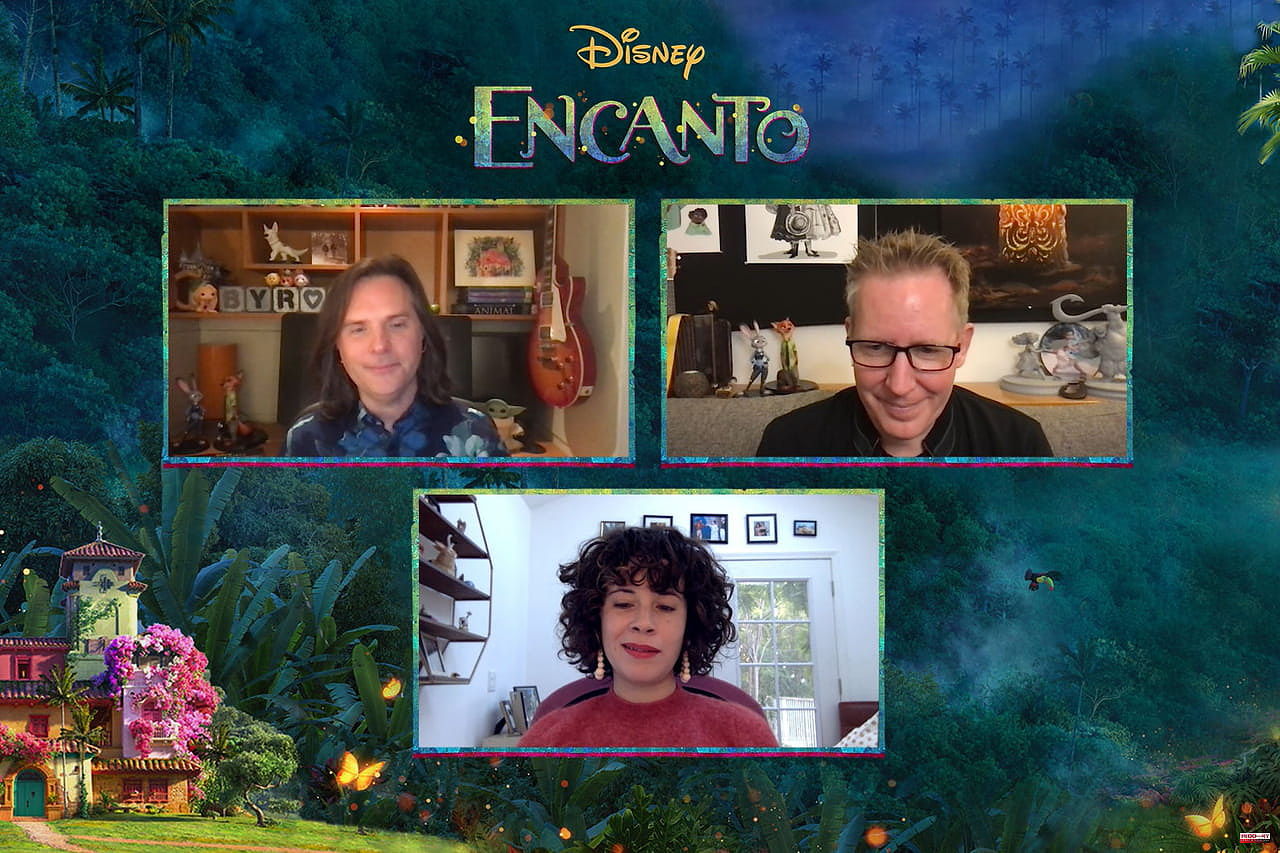 Get ready to discover the fantastic Madrigals! Encanto, the latest animated film from Disney studios, tells the daily life of this Colombian family, each member of which is endowed with extraordinary magical powers... with the exception of Mirabel, who must find her place among the other Madrigals. This cartoon, in theaters on November 24, 2021, dissects the complexity of family relationships as never a Disney film has dared to do so far, while offering a breathtaking visual spectacle.

Unsurprisingly, it is the pundits of Mickey's studio who are at the helm of Encanto. The animated film is directed and written by Byron Howard (Zootopia) and Jared Bush (Vaiana, Zootopia). Charise Castro Smith, who has worked on projects such as The Haunting of Hill House (producer) or Raya and the Last Dragon, completes the team as co-director. All three agreed to answer our behind-the-scenes questions about the latest Disney film. Find their interview below.

Jared Bush: Byron [Howard] and I were finishing Zootopia, so we knew we wanted to do a musical animated film together. I had just finished writing Vaiana with Lin-Manuel Miranda [Hamilton, Mary Poppins Returns...] and he told us that he wanted to make a Latin American animated film with singing. We started looking for what we had in common: a large, extended, complicated, sometimes difficult but also wonderful family. The more we discussed it, the more we realized that we didn't know that much about our family members, when we were convinced of the contrary. This idea that maybe we didn't know each other that much in our respective families pushed us to tell this story, which deals with differences in perception. Once we had Charise Castro Smith join us, we were able to combine these themes with the tradition of magical realism that she found in Colombia. it allowed us to tell a story that was both epic and intimate.

Charise Castro Smith: We were very inspired by Colombia and this tradition of magical realism. But we were also guided by the complexity of the family relationship. The central problem of this story is a trauma that took place a very long time ago but which still impacts the life of each of the characters, fifty years later. That was one of the influences that really inspired us: to unrestrainedly portray all the complexity and beauty of family relationships, then to mix it all up and bring it to the big screen.

Charise Castro Smith: We made this movie during the coronavirus pandemic. Our production team therefore worked entirely from home. Normally, we are all together in the same building, there, everything is done in 800 different houses (laughs). Our producers have a lot of credit for having managed to move us forward and for helping us to create in these very particular circumstances.

The scene that has evolved the most over time has certainly been the one where Mirabel sings her song, "Waiting on a miracle". We had to do the whole movie first to find out what its emotional journey would be, and then go back and really set the tone and the content of that song, because it's a pivotal moment in the movie. Lin-Manuel Miranda gets a lot of credit, again, because he really crafted a unique track compared to other Disney heroine songs. She is sincere, she comes from the heart. It's a scene that changed a lot during the making of the film, but it was worth it.

Byron Howard: Oh my god... Maybe "We don't talk about Bruno". When we first heard it, it was so catchy… It stuck in my head for two years and I still haven't gotten tired of hearing it!

Byron Howard: How we perceive our family and how they perceive us is a tough question to ask anyone, whether it's an adult or a child. Sometimes, no matter how old you are, you don't necessarily have more ideas on the subject (laughs). What I love about Encanto is that all of these characters have multiple layers that make them complex: resilience, tragic or happier experiences that they don't necessarily talk about all the time, maybe because we don't don't ask them or because it's not pleasant for them... I think there's a richness in family relationships that you don't necessarily appreciate, unless you look for it.

That's why we're very lucky to have this movie coming out over the holidays, because it's the most family-friendly Disney family movie. Families are going to get together, watch this movie… We can't wait to hear the discussion that can come out of Encanto: "Which Madrigal are you in the family? Are you the rock of the family, the messmaker, the one who is the gossip?" It's an idea that amuses me a lot. Just the idea of ​​bringing families together, having them discuss the film, is very exciting, and it can be done with adults as well as with children.

1 Chloé Zhao: "I wanted 'The Eternals'... 2 Foundation: The Series Renewed for Season 2 on Apple... 3 Film Festival: what date for the next 2022 edition? 4 The Haunting of Bly Manor: Synopsis, Cast, Reviews...... 5 Arnaud Ducret: how he got the role of Xavier Dupont... 6 Extension of cinema cards, what new validity dates? 7 The Profs 3: is a sequel with Kev Adams planned? 8 DC Fandome: Where and when to see the panels? French... 9 Alexander Payne: What is actress Rose McGowan accusing... 10 VOD releases: Invisible Man, De Gaulle… The films... 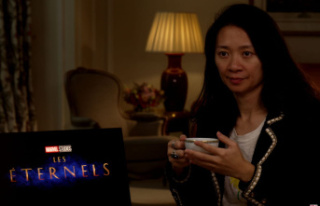