KRAMATORSK (Ukraine) -- As Russia intensified its offensive, the governor of Ukraine's last eastern province was urging his 350,000 inhabitants to flee. 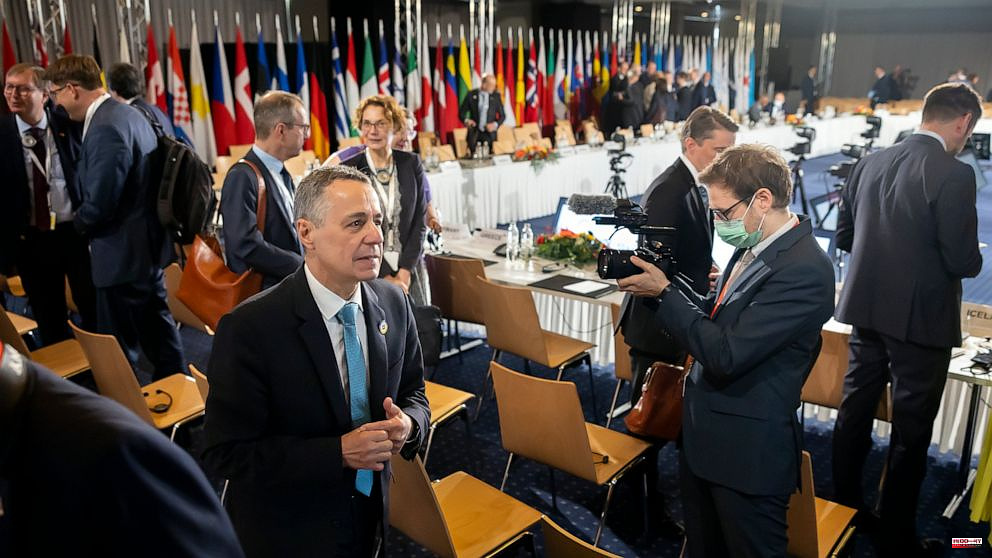 KRAMATORSK (Ukraine) -- As Russia intensified its offensive, the governor of Ukraine's last eastern province was urging his 350,000 inhabitants to flee. Air alerts were issued for nearly the whole country.

Gov. Pavlo Kyrylenko stated that removing people from Donetsk is essential to save lives and allow the Ukrainian army to better defend cities against the Russian advance.

Kyrylenko stated that the Donetsk Region will decide the fate of the country. He spoke to reporters at Kramatrosk (province's administrative center, home to the Ukrainian military headquarters),

Kyrylenko stated, "Once we have fewer people, it will be easier to focus more on our enemy" and accomplish our main tasks.

Although the governor's appeal to residents to evacuate seemed to be one of the largest evacuations suggested by the war, it is not clear if people will be able or willing to flee. The U.N. refugee Agency estimates that more than 7.1million Ukrainians have been displaced in Ukraine and that more than 4.8million refugees fled the country since Russia invaded on February 24th.

Volodymr Zelenskyy, President of Ukraine, said Tuesday night that air alerts were issued in almost all parts of the country. This was after a period of relative calm in which many people sought an explanation.

Zelenskyy stated in his nightly video address that logic should not be found in terrorist actions. The Russian army doesn't take breaks. It only has one mission: to terrorize people and take their lives.

The east of Ukraine seemed to be the center of most military activity. According to the Kramatorsk governor, Russia's main targets now are his city and Sloviansk, 16 km (10 miles) north. Kyrylenko described the bombardment as "very chaotic", without a "specific target...only to destroy civilian infrastructure, residential areas."

Sloviansk was also subject to sustained bombardment on Tuesday. Mayor Vadim Lyakh posted on Facebook that Sloviansk was under "massive bombardment". Sloviansk had a population around 107,000 when Russian invaded Ukraine four months ago. Residents were urged to evacuate hours before the mayor advised them to seek shelter in shelters.

Lyakh stated that at least one person was injured and seven were killed Tuesday. Lyakh stated that the attack on the central market of the city and other areas occurred, and that authorities were still assessing the extent.

Sloviansk was attacked by Russian troops. This is the Donbas region in Ukraine, where most of the country's most skilled soldiers reside.

Sloviansk was previously subject to rocket and artillery fire from Russia during the war in Ukraine. However, the bombardment increased after Moscow took Luhansk, Lyakh stated.

He warned that "it's important to evacuate all people possible" Tuesday morning and added that 40 houses were damaged by shelling on Monday.

To prevent them being surrounded, the Ukrainian military pulled its troops out of Lysychansk on Sunday. Putin and Russia's defense minister said that Moscow had taken control of Luhansk. This is one of the two Donbas provinces. However, the regional governor stated Tuesday that fighting continued on Lysychansk’s outskirts. He stated that Russian forces were moving weaponry towards Donetsk.

Now, the question is whether Russia has enough strength to seize Donetsk and complete the seizure. Putin admitted Monday that Russian troops fighting in Luhansk must "recover and increase their combat capabilities."

Russian Defense Minister Sergei Shoigu stated Tuesday that Moscow's top priorities were "preserving the lives, health, and security of its troops" and "excluding any threat to civilian safety."

Putin's order to invade Ukraine four months ago was a defense of the Donbas people against Kyiv’s alleged aggression and the "demilitarization and "denazifaction” of Ukraine.

Pro-Russian separatists have fought Ukrainian forces for the past eight years and held much of Donbas. Putin acknowledged the independence of two self-proclaimed separatist republics within the region before the invasion in this year. He also claimed that the tactics used by the Ukrainian government and forces were similar to Nazi Germany's. However, no evidence has been found.

According to the General Staff of the Ukrainian Military, Russian forces shelled Donetsk villages and towns around Sloviansk over the past day. However, they were repulsed as they attempted to advance towards a town 20 km (12 miles) north. The Russian forces tried to push southwards towards two additional towns and areas close to Kramatorsk.

On Tuesday, Moscow-installed officials from Ukraine's south Kherson region announced the formation a new regional government with an ex-Russian official as the head.

According to media reports, Sergei Yeliseyev is the head of the Moscow-backed government in Kherson. He was previously deputy prime minister for Russia's western exclave, Kaliningrad, and used to work at Russia’s Federal Security Service (FSB).

It was not immediately clear what would happen to the "military–civic administration" that the Kremlin had installed earlier. Vladimir Saldo (the head of the administration) stated in Telegram that the new government "is not temporary, and not a militarily, but a proper governance body."

He stated that "not only Kherson residents but also Russian officials are part of this government is a clear indication about the direction the Kherson area is heading in the future." This direction is to Russia.

Kherson's Russia installed administration had previously announced plans for the region becoming part of Russia via a referendum or another means.

Officials from Ukraine did not immediately respond to the request.

The accession protocols for Sweden/Finland were approved by the NATO allies. This sent the bids of the two countries to the alliance capitals for legislative approvals. This move further cements Russia's isolation. Jens Stoltenberg, Alliance Secretary General, hailed the signing of the agreement as "truly historic moment for Finland and Sweden"

Millions of dollars have been taken from countries in other crises by the war in Ukraine. Somalia is the most vulnerable country, with a severe food shortage that has been largely triggered by the conflict. While its aid funding is only half what it was last year, the vast majority of Western donors have sent over $1.7 billion to help with the war in Europe. Similar effects are felt in Yemen, Syria and Iraq as well as the Palestinian territories.

Spain increased its military spending to meet its NATO commitment to allocate 2% of its gross domestic product for defense. The Cabinet of Spain approved an additional Defense Ministry spending of nearly 1 billion euros ($1billion) which was required to cover unexpected costs resulting from Russia's invasion. Spain has provided humanitarian and military aid to Ukraine, and sent more troops and aircraft to NATO missions.

1 South African President to Attend Funeral for 21 Teenagers 2 Mexican navy uses net hooks to save vaquita porpoise 3 Turkey will 'intensify" negotiations for... 4 Algeria celebrates 60 years of independence by holding... 5 Saudi Arabia expects 1 million to attend the largest... 6 Despite arrest fears, some Russians will not stop... 7 Warren Buffett's Billions Could Be Shared among... 8 Pre-Columbian Temple may have been used as a Psychedelic... 9 How a Panamanian Former Penal Colony became a Biodiversity... 10 Americans said "No thanks" when coal arrived... 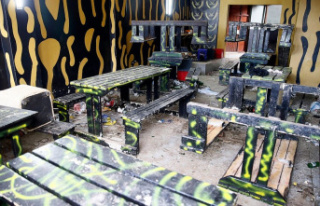