ALGIERS ALGIERS -- Algeria celebrated 60 Years of Independence from France Tuesday with national ceremonies, the pardon of 14,000 prisoners, and the first military parade since decades. 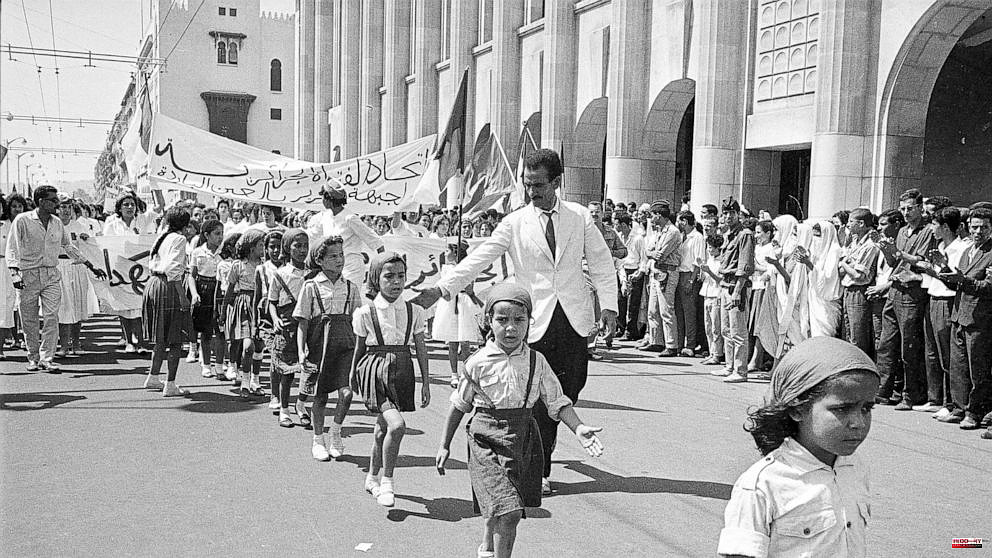 ALGIERS ALGIERS -- Algeria celebrated 60 Years of Independence from France Tuesday with national ceremonies, the pardon of 14,000 prisoners, and the first military parade since decades.

Opposition figures and prodemocracy activists called these elaborate celebrations an attempt to distract from Algeria's political and economic problems by glorifying the army and calling for the release and return of political prisoners.

These events commemorate the country's declaration of independence on July 5, 1962. It was created after a seven-year civil war that ended 132 years colonial rule. Officials in Algeria claim that 1.5 million Algerians were killed during the war. This tension continues to be a problem in France-Algérie relations.

Russian-made warplanes flew overhead, armored vehicles made of steel rolled through central Algiers and warships were moored in the city's harbor. Flags of Algeria were displayed on buildings throughout the country and patriotic songs were heard from loudspeakers.

The official slogan for the celebration was "A day to glory for a new age", which included concerts, sports events and photo exhibits that retrace the horrors of war.

Previous presidents had abandoned military parades. But President Abdelmadjid Tebboune revived this tradition for this anniversary for the first time since 38 years.

The military display of force occurred amid rising tensions between Algerian and Moroccan over the disputed Western Sahara area and a resurgent threat by Islamic extremists within the Sahel region on Algeria’s southern edge.

Tebboune opened the ceremony by placing a wreath at the monument to "martyrs in the revolution" and inaugurating a monument for foreigners who fought for Algerian independence. After he mounted a military vehicle, he greeted the representatives of Algeria's Armed Forces while waving to crowds that chanted "One, Two and Three, Long Live Algeria!"

The leader of Hamas, Mahmoud Abbas of Palestine, and the presidents of Tunisia Niger Congo, Congo, and Ethiopia participated in Tuesday's anniversary events. They stood on a platform built in front of Algiers' Grand Mosque of Algiers.

Tebboune stated in a speech that the "protective shield of Algeria" is the Algerian army.

The ceremonies were not attended by Opposition figures and those who participated in the 2019 protests against Abdelaziz Bouteflika's long-serving predecessor Tebboune.

FFS, the country's oldest opposition party issued a statement stating that 60 years after independence, there are more disappointments than promises. We face the same problems of economic fragility and political instability."

Karim Tabbou, a journalist active in Hirak's pro-democracy movement said that Algerian freedoms are "under constant threat." Tabbou was repeatedly arrested and is currently being monitored by the court.

He said that "all the spectacles of illusion, and all the cosmetics cannot hide the truth of a country eaten by the corruption of the political system that considers security management the only way to govern Algerians," on Radio M.

Monday's decrees were signed by the president. They included pardons for thousands, primarily for those who have been convicted of serious crimes or are enrolled for exams to improve their education.

It was not immediately clear if political prisoners would be freed.

According to the National Committee for Freedom of Detainees (a group of volunteers lawyers fighting for their release), more than 300 Hirak participants, journalists, and political activists are currently being held in Algerian prisons.

In the presidential statement announcing pardons, the president mentioned measures to benefit "young people detained and prosecuted for having committed acts or assembly." APS cited a presidential official saying that this included Hirak activists who were arrested during protests and for postings online deemed "threatening public order."

A draft law is also mentioned in the presidential statement, which would allow political activists to be released or journalists who are currently imprisoned. This was a result Tebboune’s outreach consultations with political figures over recent months.

APS stated that the law will also apply to certain exiled Algerians and those in prison since the 1990s "black decade", when security forces fought an Islamic rebellency in a conflict that claimed hundreds of thousands of lives. This could apply to Islamists who fled Algeria or are currently in prison for terrorist crimes that were committed in the 1990s.

Louisa Kanache, the wife of Mohamed Mouloudj, a journalist, has been held since September on suspicion of threatening state security, and spreading fake news on Facebook. She said that she was thrilled by the president's statements, but wasn't sure if her husband would be released.

She said that even lawyers are unable to understand the presidential statement. "I am torn between the hope of seeing the light at the end of this tunnel and the worry of losing my mind."

1 Saudi Arabia expects 1 million to attend the largest... 2 Despite arrest fears, some Russians will not stop... 3 Warren Buffett's Billions Could Be Shared among... 4 Pre-Columbian Temple may have been used as a Psychedelic... 5 How a Panamanian Former Penal Colony became a Biodiversity... 6 Americans said "No thanks" when coal arrived... 7 Video: The new Large Hadron Collider beauty VELO 8 What happens after the Higgs boson? 9 AI predicts crime up to a week ahead with 90% accuracy 10 North Macedonia: 47 officers were injured during protests 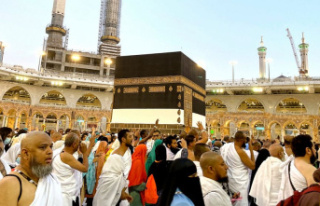