Vox tries to turn the page on the controversial registration of Macarena Olona in Salobreña (Granada). 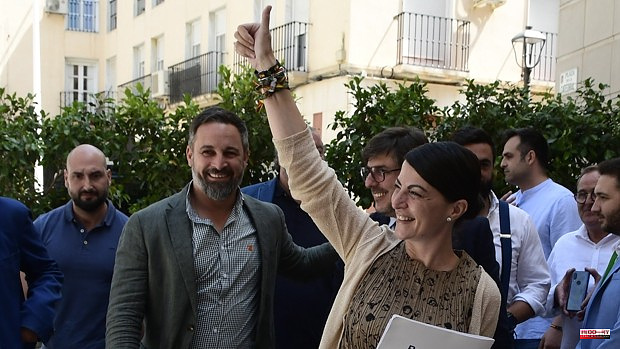 Vox tries to turn the page on the controversial registration of Macarena Olona in Salobreña (Granada). Its leader, Santiago Abascal, has written a tweet as soon as he has learned of the decision of the Electoral Board of Granada to ratify his candidacy, despite the complaint filed by Andaluces Levantaos after recognizing the owner of the house in which the candidate lived. that he wasn't living there. "So far the first attempt by popular and socialists to silence Vox's message has come," he sentenced on Twitter.

In the right-wing formation they have been talking for days about a "hoax" around Olona's registration, in what they perceive as an attempt to delegitimize his candidacy. “As the campaign progresses there will be more [attempts], and some will be violent.

They are going to try everything in order to avoid real change," Abascal ventured, in a message along the lines of what was defended by his political vice president, Jorge Buxadé, at a press conference.

After the weekly meeting of the Vox Political Action Committee, Buxadé has assured that it has been tried to "censor and prevent" his access to the Andalusian elections on June 19, in which Olona will be the candidate to preside over the Junta de Andalucía. The party, as Buxadé has announced, will study legal action against what they see as a "censorship" of their ideas, although they have not specified which ones or against whom.

"We can talk about the census in Spain, with the tens of thousands of illegal immigrants who are registered with the knowledge and acquiescence of their mayors," added Buxadé, taking the "scandal" of registration to this ground. In the middle of a press conference, the resolution of the Electoral Board to ratify Olona's candidacy was made known. Buxadé, asked about it at that precise moment, stated that "another possibility" was not considered, that the party was "very calm" about Olona's electoral future and that the debate is not his candidacy, but "why the Other parties have wanted to exclude Vox ».

Party sources not only leave this will in the hands of the left, with the denunciation of Andaluces Levantaos, the investigation of the Salobreña City Council or the accusations of fraud from the Government of PSOE and United We Can, but also point to the PP. According to these sources, the popular ones, who preside over the Andalusian Board, have used the public media to exaggerate everything related to the Olona census.

Buxadé, at the press conference, has also criticized the PP, but not for this, but for the insinuation of the Andalusian president, the popular Juanma Moreno, that he will call elections again if he does not achieve his goal of governing alone. “It is a chronological repetition of the scheme of the elections in Castilla y León”, pointed out the Vox MEP, recalling how Alfonso Fernández Mañueco first hoped to achieve an absolute majority, then also spoke of a hypothetical electoral repetition and in the end he ended up accepting a government in coalition with which he reneged even after the elections.

1 Health confirms monkeypox in Gran Canaria and studies... 2 Robles visits the Spanish fighters in Lithuania that... 3 Junts accuses the PDECat of wanting to block their... 4 Sexual violence against women, a throwing weapon in... 5 They investigate a new group rape of a woman with... 6 Young rental bonus: when can it be requested according... 7 Two sisters from Tarrasa in Pakistan are tortured... 8 The Generalitat Valenciana allocates 50 million euros... 9 Ximo Puig's brother blames the Generalitat before... 10 A kamikaze driver traveled at night in the opposite... 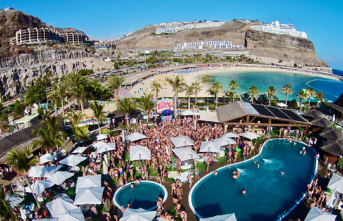