Second sentence of the National Court in just two months acquitting a member of ETA after the ruling of the European Court of Human Rights (ECHR) that since last January 18 forces Spain to annul the conviction of Xabier Atristain, also an ETA member, and to compensate him with 20,000 euros for the way in which incommunicado detention was applied to him. 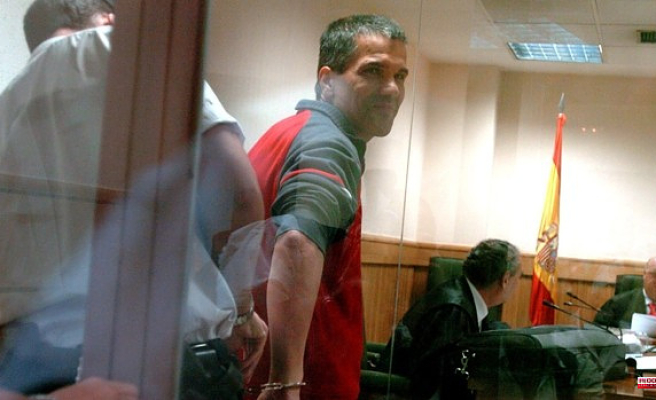 Second sentence of the National Court in just two months acquitting a member of ETA after the ruling of the European Court of Human Rights (ECHR) that since last January 18 forces Spain to annul the conviction of Xabier Atristain, also an ETA member, and to compensate him with 20,000 euros for the way in which incommunicado detention was applied to him.

This Friday it has been confirmed that the Second Section of the Criminal Chamber of the National Court has acquitted Juan Carlos Iglesias Chouzas, alias 'Gaddafi', in the trial for the murder in Bilbao of the civil guard Francisco Díaz de Cerio in 1991. The sentence, dated yesterday and for which the magistrate José Ricardo de Prada was the rapporteur, is based on that ECHR ruling that agreed with Atristain because the Spanish Justice did not justify that the incommunicado regime was applied to him when he was arrested in 2010, after which the Civil Guard found in his house and other places numerous explosives, weapons and information to attack hotels, agents and politicians of the PP.

The sentence that has been known this Friday considers that this ruling of the ECHR represents a new jurisprudence sufficient to acquit Gaddafi, currently in prison for other attacks and whose sentence ends in 2038. The Prosecutor's Office requested 40 years in prison against Gaddafi for this attack. He considered that, apart from the evidence against him obtained in the incommunicado regime, there was other evidence that "has not been invalidated" and that allowed him to be convicted.

However, the magistrates of the Second Section apply the new European jurisprudence to analyze the circumstances in which Gaddafi testified after his arrest and examine whether he enjoyed the guarantee regime required by law. After analyzing all the documentation included in the case, they have concluded that the testimonies against the accused were not obtained with "sufficient guarantees", for which they have been excluded as evidence against him.

It is the second sentence for which José Ricardo De Prada is the rapporteur and that acquits another ETA member in the National High Court with this argument. The previous one was that of Gorka Palacios, acquitted last March of an attack on a bank branch in Madrid in 2001. And, again, for the same reason: that other ETA members who implicated him did so under that incommunicado regime and Therefore, your confession is invalid.

So far this year there are already three ETA members who have escaped a sentence thanks to this new jurisprudence of the ECHR: Atristain himself, who was released from prison in February, Gorka Palacios and Gaddafi. The next one could be Iratxe Sorzabal, who has already resorted to the Supreme Court for the 24.5 years in prison that the National High Court has also imposed on him this year. And he has done it, like all the previous ones, with the same argument that the confessions of the ETA members detained incommunicado before the security forces and the evidence obtained during them are not valid to convict them.

1 The Community of Madrid will begin the next school... 2 Europe allocates another 500 million euros for the... 3 Syria: 10 dead in the deadliest rebel attack since... 4 Lavrov accuses EU of becoming 'aggressive and... 5 An octogenarian drowned when she fell into a canal... 6 The Hidraqua workforce launches a healthy and social... 7 The Government forces a drop in electricity at the... 8 “Pil”: when it is the princess who saves the prince 9 The Madrid City Council published on Twitter the generic... 10 Barcelona will consider hosting Eurovision if Chanel... 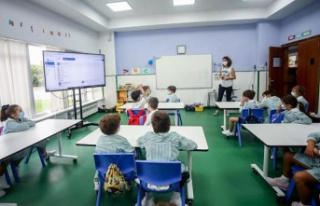 The Community of Madrid will begin the next school...