This amusing animated production not quite like the others comes to us from France. 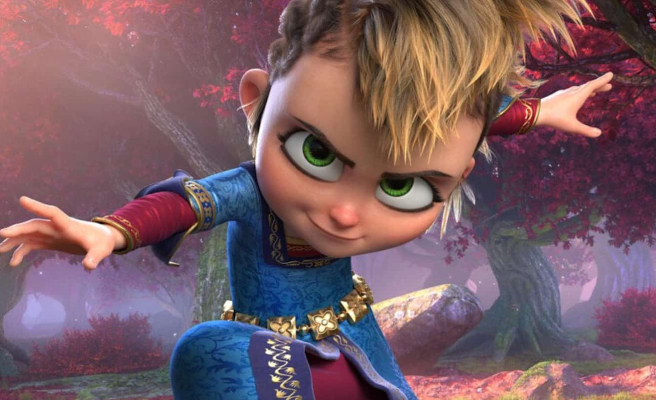 This amusing animated production not quite like the others comes to us from France.

It is always a pleasure to see that it is possible to show originality in animated feature films aimed at children. This is the case of "Pil" by French filmmaker Julien Fournet.

We are in the Middle Ages, in the town of Roc-en-Brume. Pil (voiced by Kaycie Chase), an orphan who steals food to survive, one day disguises herself as a princess and becomes, to some of the castle guards at least, a true noblewoman. And it will serve him... while leading him on a somewhat crazy adventure. Because the wicked Tristan (voice of Pierre Tessier) usurps the throne and Pil surprises one day his sinister plan to put Prince Roland (voice of Gauthier Battoue) out of power. The little girl will therefore move heaven and earth – including going to see a witch – to free Roland from the enchantment transforming him into... chapoul, an amusing mixture of cat and hen.

We find, over the images of this animated fantasy, visual references to “Shrek”, Middle Ages oblige. There is also good-natured humor – the chapoul is sure to make the little ones laugh – winks that are both surprising and friendly – ​​the unicorn, in particular, as well as the witch, about whom nothing is said so as not to spoil viewing pleasure – and a particularly timely message of nobility, solidarity and resourcefulness.

We also welcome the fact that the heroine – a little girl – uses her intelligence and her diplomacy to save the prince, that Pil does not let himself be counted and you with there a charming cartoon.

1 The Madrid City Council published on Twitter the generic... 2 Barcelona will consider hosting Eurovision if Chanel... 3 Russian grain theft from Ukraine 'disgusting',... 4 Everything you need to know about the gas price limitation... 5 The Vatican confirms the visit of Pope Francis to... 6 Elon Musk announces suspension of Twitter takeover,... 7 Andalusian Fair of Valencia 2022: inauguration, new... 8 20 children and 12 adults with cancer in Castilla... 9 The PP criticizes the "disastrous" management... 10 The Civil Guard celebrates its 178th anniversary in... 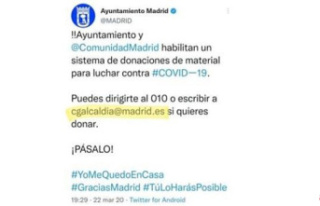 The Madrid City Council published on Twitter the generic...