The traditional rental price rises almost 6% in just one year

Inflation does not give a truce. 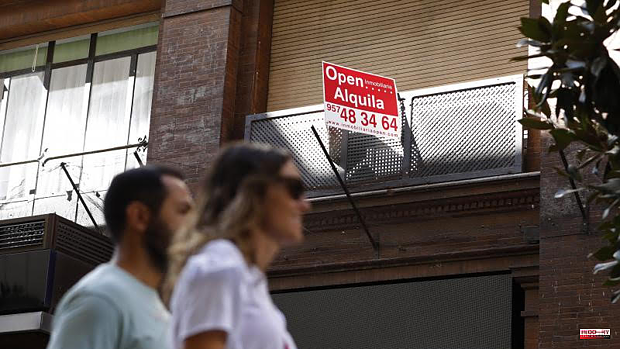 Inflation does not give a truce. Prices, since the pandemic —and even more so with the outbreak of the war in Ukraine— have increased at record rates. Housing was not going to be left behind: according to the latest FEGEIN report, the traditional rental price in Galicia has increased by 5.8% in just one year, and according to forecasts, it is expected that for the second half of 2022 reaches 6.6%. The focus is on the two main Galician cities: Vigo and La Coruña, which have prices per square meter of €9.1 and €8.6, respectively. In fact, 90% of rental homes in the two main cities of Galicia cost more than €500.

The causes, according to Benito Iglesias, must be found in the limited supply of traditional rentals. They assure that "never" have there been so few possibilities to rent, and that prices have never reached figures as high as those that are being seen today. With the proliferation of vacation rentals, which have higher rates of return, many owners are choosing to withdraw their homes from traditional rentals to put them on the tourist market. In fact, they indicate from the Federation that "at the moment there are more than 14,500 vacation homes in the marketing circuit in Galicia compared to 3,200 homes in the traditional rental marketing circuit", a "brutal comparison".

In addition, from the organization that Iglesias chairs, they believe that the real estate legal situation is not in favor of reversing this problem. They consider that the Housing Law is "interventionist", and that is why there are "owners who are considering moving to seasonal rentals because it is a segment that is not contemplated in the Housing Law."

Above all, as reported by the Galician Federation of Real Estate Companies (FEGEIN) in one of its latest reports, these luxury villas abound on the coast and in the main cities of Galicia. Thus, Pontevedra is the province where this type of property can be found the most: 200 houses for sale, but ten less than a year ago. In La Coruña there are 100 single-family homes in the marketing circuit for more than one million euros (130 in 2021). In Lugo, 12 are sold and, in Orense, eight. In addition, they are the main urban centers where there is more supply of these homes

But, who can afford to buy these homes at a price of more than one million euros? They assure from the Federation that the vast majority of buyers (up to eight out of ten) are national citizens who, in addition, acquire the chalets as their main home. It is logical that the statistics also indicate that they are successful businessmen or senior managers of large companies located in the Community. The buyer's profile is between 40 and 60 years old and acquires the property with a reduced bank financing that does not usually exceed 50% of the appraised value.

Taking the above data into account, the president of the FEGEIN, Benito Iglesias, believes that the "unfinished business" is the international buyer: "We must take advantage of the pull of Xacobeo to put Galicia on the route of foreign investment."

1 Vox will cut subsidies from Castilla y León to employers... 2 The water crisis has left Lake Sawa, the 'pearl... 3 Japan's philanthropic organization begins fundraising... 4 Escrivá yields and lowers the fee for self-employed... 5 Valencia, Madrid and Barcelona, ​​among the most... 6 Report: Terry McLaurin is unlikely to attend minicamp... 7 Chris Jones is signed by the Raiders 8 JuJu Smith-Schuster might see himself in Pittsburgh... 9 The Rolling Stones suspend their concert in Amsterdam... 10 Who is the group Pussy Riot, the scourge of Putin... 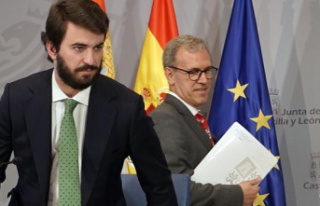 Vox will cut subsidies from Castilla y León to employers...