Who is the group Pussy Riot, the scourge of Putin in Russia?

The Pussy Riot have become in recent years a true bastion against the Russian government. 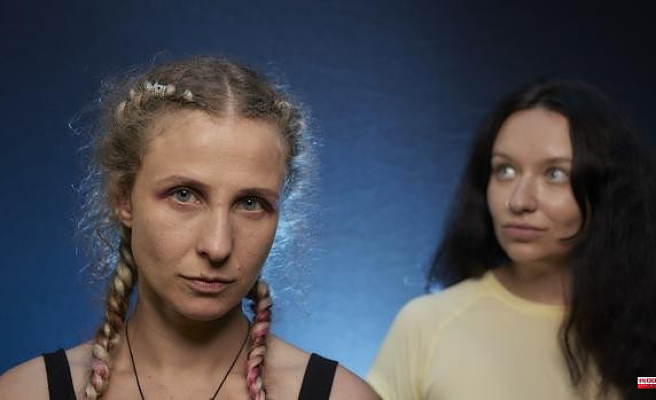 The Pussy Riot have become in recent years a true bastion against the Russian government. The punk group, formed by Maria Vladimirovna Alyokhina, known as Masha, and Olga Borisova, has not only been engaged in creating music since its inception. Political activism has been one of its main functions and it is something that has cost Vladimir Putin more than a headache.

The musical group will be the star guest of 'El Hormiguero' this Monday and on their way through Spain, the young Russians will also collect the Alan Turing LGTBIQ award in Tenerife, where they will also perform on June 17 despite the cancellation of their tour by our country.

But who really are the Pussy Riot, the activist music group fighting against Putin? How did it come about and who are its members? And what has made them a true cultural and political phenomenon?

The Russian band Pussy Riot was born more than a decade ago in Moscow thanks to the activists Nadezhda Tolokónnikova (Nadia), Yekaterina Stanislavovna Samutsévich (Katya) and Maria Vladimirovna Alyokhina. Their intention was to carry out unauthorized performances in public places to raise awareness of some political slogans.

Thanks to the magic of the internet, these young women began to gain international recognition: in 2011 their song 'Matar al sexista', sung by two of its members, Nadezhda Tolokonnikova and Yekaterina Samutsevich, became a viral song after a convention on feminist punk .

Masked in almost all their performances, the singers of the musical group gained relevance thanks to their controversial shows. In fact, in 2012, two of its members were fined 500 rubles (about 6 euros) for acting against Vladimir Putin in the Red Square in Moscow.

The Cathedral of Christ the Savior was, without a doubt, the place where these activists were crowned the scourge of the Russian regime. It all happened on February 21, 2012 when four members sneaked into the interior of this Moscow church to perform a song against the president of Russia.

In this controversial performance some verses were heard such as «Mother of God! Throw out Putin," singling out the patriarch of the Russian Orthodox Church for "believing" in the president and not in God.

Their performance was their first run-in with the law, after they were arrested for their act of protest. After five months in preventive detention, the members of Pussy Riot were sentenced to two years in prison for disrespecting believers. At that time, only Yekaterina was able to get out of jail thanks to an appeal from her lawyer, in which she justified that she had been arrested before being able to get her guitar.

His sentence provoked a multitude of protests in the group's native country and, shortly after, began to have international repercussions. Multiple musicians and recognized faces raised their voices for Russian activists, among which some like Madonna, Sting or Red Hot Chili Peppers stand out. On December 23, 2013, María and Nadia were released thanks to an amnesty bill.

From its beginnings until almost a decade later, the Pussy Riot have shown their total dissatisfaction with Russian President Vladimir Putin, whom they have accused on numerous occasions of being a “dictator”: “With Putin there is never fair play. Dictators act like prison guards. They treat kindness as a weakness," Tolokonnikova explained in 2014.

During the 2018 World Cup final in Moscow, activists took to the field with messages to protest against Putin. There they were arrested and sentenced to 15 days in prison for skipping security protocols and breaking into the stadium.

For its part, the outbreak of the conflict between Russia and Ukraine has brought the group back into the media spotlight. Last April Masha managed to escape from the country, despite the fact that he was under house arrest. He did it trying to avoid possible repression and, for this, it was necessary to disguise himself as a food delivery woman. “For the last eight years they have prepared Russia to be more closed, to be a separate country; they were preparing us for this, for what they are doing now », he recounted in an interview for EFE.

[The 'Masha' Odyssey: A Pussy Riot Singer Disguises as a 'Rider' to Escape Putin]

Now, their arrival in Spain is a turning point for Pussy Riot, who will perform on June 17 in Tenerife as part of their first tour outside their country since 2019. In recent statements for Europa Press, the performers have been very critical again with the Russian leader: "We should not wait for a disease to kill Putin, we should stop it."

1 Eagles WR Devon Allen finishes third in 110M hurdles.... 2 Jamal Adams: After surgeries, shoulders and fingers... 3 French projections: Macron's centrists will retain... 4 Packers receiver Allen Lazard signs a RFA tender,... 5 Wil Lutz announces that he has been cleared by his... 6 From the 'Cultural' to the 'Santa'.... 7 Four little-known but highly recommended routes in... 8 Brussels reactivates the legal process against the... 9 Russia poised to control key city of Severodonetsk 10 Report reveals that 196 priests abuse minors in German... 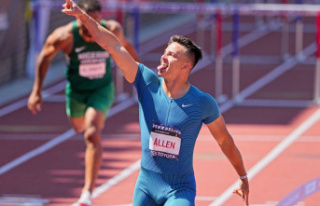