The anti-corruption prosecutor of the 'Masks Case', Luis Rodríguez Sol, understands that neither Luis Medina nor his partner, Alberto Luceño, "received any privileged treatment by any official of the Madrid City Council. 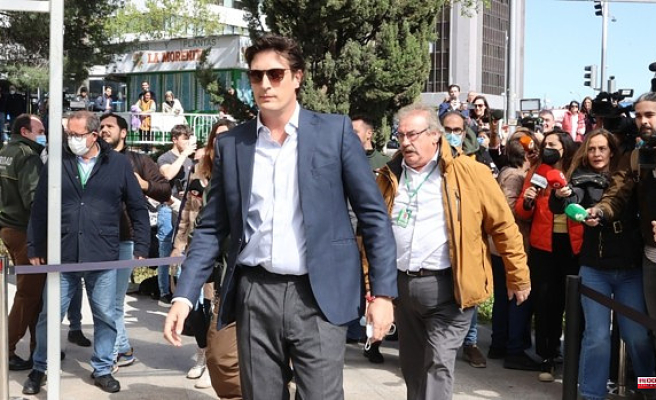 The anti-corruption prosecutor of the 'Masks Case', Luis Rodríguez Sol, understands that neither Luis Medina nor his partner, Alberto Luceño, "received any privileged treatment by any official of the Madrid City Council." It is the conclusion reached by the prosecutor after hearing the statements of the witnesses who have been parading through the Madrid courts to date and what he infers from the documentary evidence in the case, "without any doubt."

This is how the prosecutor expresses it in a letter to which ABC has had access, in which he rejects the claim of the popular accusation of Más Madrid to analyze the calls that the cousin of the mayor of Madrid, Carlos Martínez Almeida, had with the duke's son de Feria and the university professor who put them in contact.

“It has been clearly demonstrated that Luis Ramón Medina Abascal spoke on the phone with Carlos Martinez-Almeida Morales, whose phone number he obtained through a mutual friend (Maria Díaz de la Cebosa); that Carlos Martinez Almeida transferred the object of the call to Matilde Duarte García, General Coordinator of the Mayor's Office, and that she told him that Mr. Medina could send his offer to a generic and public email address of the Madrid City Council (cgalcaldia@ madrid.es); that Carlos Martinez Almeida transmitted the above message to Mr. Medina; that, in fact, he wrote twice to the aforementioned email address; and that, from the General Coordination of the Mayor's Office, Mr. Medina's message was forwarded, among other recipients, to the General Coordination of Mrs. Collado, who at that time had assumed the task of carrying out the necessary steps for the acquisition of sanitary material”, explains Rodríguez Sol.

For the prosecutor, those involved in the chain of communications have confirmed in a "coherent and consistent" way how these conversations took place throughout the interrogations. "No manifestation has been noticed that distorts, in substance," the story.

Más Madrid, which exercises the popular accusation in the case, filed an appeal before the Provincial Court after the refusal of Judge Adolfo Carretero to analyze the conversations that the party considers necessary "for a complete investigation of the means available to those investigated to commit the fraud". According to the training, the contacts provided positioned them in a "privileged situation with respect to other citizens and other companies".

However, the anti-corruption prosecutor in his letter opposes the examination of the communications and highlights the context in which the commission agents accessed the people responsible for the Madrid City Council, when "the public administrations anxiously awaited any offer of sanitary material". He recalls in the letter that a possible crime of influence peddling is not being investigated in the case and, therefore, he concludes that the proceedings requested by the party "are clearly useless". He argues that the contacts with the commission agents are prior to the alleged crimes of fraud, false documents, money laundering and concealment of assets were committed and, therefore, lack "any criminal relevance."

In any case, Rodríguez Sol explains that the secrecy of communications is a fundamental right enshrined in the Spanish Constitution that could only be limited by judicial authorization. And according to him, in this case, "the requirements of suitability and necessity do not meet because the requested procedures will not provide any data of interest for the clarification of the facts investigated."

1 Satellite images show Iran is preparing for rocket... 2 Justin Pugh believed he would retire after 2021. He... 3 Venezuelan opposition files complaint against attack... 4 This is the Best Loungewear for Men You Can Wear Every... 5 Understanding PACMAN: The security vulnerability in... 6 Composite materials with a twist are now available... 7 A legal stumbling block puts in check the first deportation... 8 Doctor Deception: AMA Takes Aim Against Physician... 9 David Bakhtiari's readiness to attend Packers... 10 Santo Tomé Diary (8): Awnings 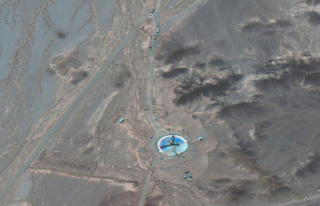