The long unresolved battle of the continuous day in schools

Continuous day, yes or no; that is the dilemma that has revolutionized the Madrid schools. 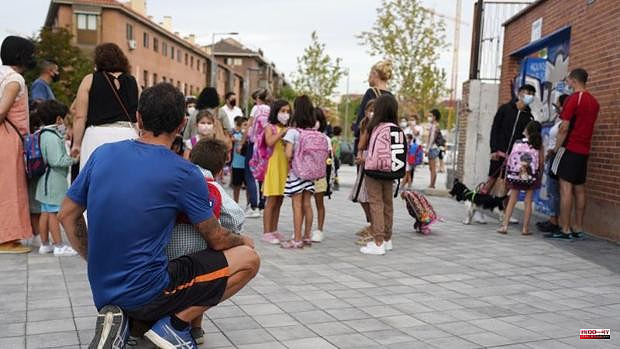 Continuous day, yes or no; that is the dilemma that has revolutionized the Madrid schools. The choice of the continuous day – the majority among public centers – is preferred by teachers, although the same does not occur with parents, who see reconciling work and family life even more complicated. During the pandemic, it was made easier for the centers to opt for this schedule, to reduce entries and exits. But this flexibility ends and the situation, for the next course, returns to that of the pre-Covid era.

The schedule of the schools in divided day, the traditional one, is from 9.00 to 16.00 hours; in between, there is a recess and free time for lunch, which is usually organized in shifts and leads to another recess before afternoon classes.

On the continuous day, the schedule is from 9:00 to 14:00, leaving food for later. This is valid for Early Childhood and Primary Education centers. In public and concerted schools, it is allowed to open earlier, from 7:30 a.m., and close later, until 5:30 p.m.

For a school to go from the split day to the continuous one, there is a regulated procedure. It is necessary to meet the School Council of the center, and it must approve the change by an absolute majority of all the representatives of parents, students and teachers. Afterwards, a meeting must be convened to inform the families and set a day to hold a vote, which, to be valid, must have a minimum of two thirds of the total number of people who make up the census. In addition, to go forward it must have a minimum of two thirds of affirmative votes.

The documentation of this process is then sent to the educational authority before March 15 of the current year, in order to start it from the following year. Once unanimity is achieved, a decision is in practice irreversible.

During the pandemic, the Ministry of Education introduced a measure that allowed, in the 2020-21 and 2021-22 academic years, for schools to request the continuous day without going through this procedure. It was done, they explain, to “facilitate organization” and avoid going in and out of the school several times a day, due to the greater risk of contagion in the crowds. But that provision will cease to have effect next year: the centers that took advantage of this exception will have to reverse it.

The preference of the teachers, both from the public school and from the concerted and private ones, coincide in the continuous day. Isabel Galvín (CC.OO.) argues as follows: «During the pandemic we have noticed that a trend that already came from behind was increasing; more and more schools and more families want the continuous day».

Raising this issue, acknowledges Galvín, generates "very great tensions in the educational community." In fact, there are even judicialized cases, since the change has been dismissed despite large majorities in favor, since these were not sufficient according to what is established by law. In his opinion, "we need the Ministry to make new regulations, because the current one is obsolete." And he warns: “After the pandemic, many things have changed. It cannot be done with the days as they have done with the ratios: return to the previous point as if nothing had happened.

Teresa Jusdado (UGT) draws attention to the fact that returning to the situation prior to the pandemic "complicates the organization of the centers, which had been working continuously for two years" taking advantage of the moratorium that was granted during the Covid. From her point of view, "we have to be clear that the primary function of schools is education." And she points out that although "public centers have to provide a service to citizens, it should not be done at the expense of teachers extending their working hours." In other words, it happens that "parents also use them for conciliation."

For Jusdado, the solution is because "the administrations take charge of the extensions of the day, putting resources: spaces and personnel". And, he insists, "it's also not good that children are 'punished' with a longer working day because their parents need it to reconcile."

From FSIE, the majority union in concerted education, Francisco José del Castillo supports the continuous day, because "the best working conditions for colleagues are always sought." But he believes that "does not mean reducing the annual calculation of hours." In fact, he explains that although they opt for the continuous day for teaching hours, this does not prevent the centers from being open beyond that time for other purposes.

In general, this modality is hardly applied in concerted centers: around 3%, according to data from the Ministry, compared to 60% of the public ones. «The dining room service –recalls Del Castillo– is one of the main sources of income for these centers, since the public module of the concert does not arrive». But with the continuous day, he says, the dining room would not be abolished, because "after this, there would continue to be other activities" so that "classes would be concentrated in the mornings, and non-teaching tutorials in the afternoon."

The other leg of this issue is the parents. Carmen Morillas, head of the Federation of Associations of Parents of Students Giner de los Ríos, points out that “there are many opinions about what is best: it is, obviously, a job improvement for teachers. We do not enter into that, we all want improvements for the workers ». But she, she adds immediately, "the priority interest has to be the least."

In addition to the various opinions, for and against, Morillas draws attention to a collateral effect that he is observing: "In areas where the continuous day is very well established, if some parents need their child to enroll in a center with a day departure, there is not; they have to move to another area.”

He warns that “with the current social and family policies, we also need educational centers as a conciliation tool; not to see it would be to ignore the obvious. And "depending on the area management, in some concerted schools there is zero percent of the continuous day, while in public centers they reach 80%."

And the experts, what do they think? There are opinions for all tastes and no definitive study that closes the question. In fact, more research has been published contrary to the intensive day. There are authors who base their analyzes on chronopsychology, the science that studies the variations in the activity that we develop throughout the day. And they point out that attention presents an increase in efficiency during the morning, with a maximum peak at the end of it, a drop at the beginning of the afternoon and a recovery that stabilizes until the end.

One of the reports that the experts themselves consider to be among the most complete was the one carried out by José Antonio Caride Gómez in 1993. In it he indicated that in centers with a continuous shift there was between 10% and 20% more school failure.

A study by Elena Martín, PhD in Psychology from the Complutense University and professor at the Autonomous University of Madrid, states that students between the ages of 3 and 11 need moments of break that allow them to rest and recover their attention. And she remembers that in the breaks you learn things as valuable as in the classroom: interaction, affectivity or hobbies.

Rafael Feito Alonso, Ph.D. in Sociology from the Complutense University, defends in his writings that the continuous shift is related to the corporate views of a professional group: teachers. And it is already a classic Mariano Fernández Enguita, professor of Sociology at the Complutense University, author of a report on the continuous day for the Community of Madrid carried out in 1989. He is convinced that the best day for children is departure, « biologically and psychologically. He recognizes and understands the trade union claim in this regard, but does not consider it adequate and believes that it has an effect on academic results.

The latest study, presented a few days ago by the EsadeEcPol Center for Economic Policies, is entitled 'Continuous school day: how the pandemic is accelerating a regressive social and educational model'. And those responsible conclude that the continuous workday represents a loss of 8,000 million euros a year for families and harms especially mothers, who are mostly the ones who have to adjust their working hours to care for their children.

1 Soccer. France's champions are reclaimed by the... 2 “If it is written and a missile hits you, there... 3 Cuba and its partners want to humiliate Biden at their... 4 Oleksiy Symonov, the Moses of Mariupol who saved 117... 5 Hitmen in the pay of sex trafficking mafias: "If... 6 The bull and the bullfighter who turned the Gran Vía... 7 This is how you buy a dream villa for 300,000 euros 8 Buying houses with cryptocurrencies is still a plot 9 Shared cars just for them 10 'Vtubers', the new phenomena of social networks... 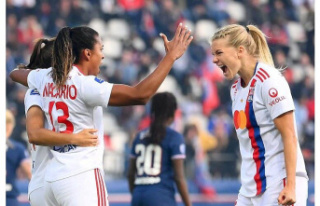 Soccer. France's champions are reclaimed by the...