The official of the Madrid City Council who assumed the management of the purchase of sanitary material now under the scrutiny of a judge, Elena Collado, has testified this Friday for more than three hours and has assumed "full responsibility" for what ended up happening: that the Consistory paid ten million euros for masks, inferior quality gloves and defective covid tests with prices inflated by up to 48% that were going to end up in the accounts of two commission agents, Alberto Luceño and Luis Medina. 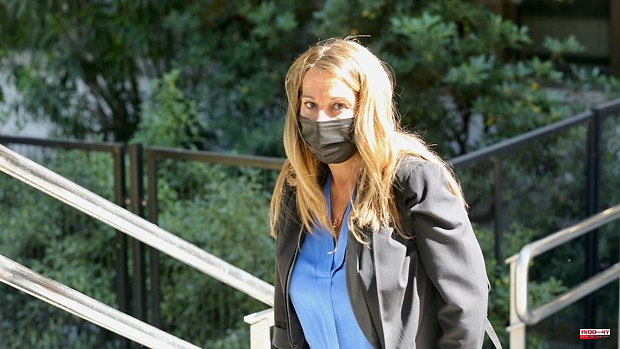 The official of the Madrid City Council who assumed the management of the purchase of sanitary material now under the scrutiny of a judge, Elena Collado, has testified this Friday for more than three hours and has assumed "full responsibility" for what ended up happening: that the Consistory paid ten million euros for masks, inferior quality gloves and defective covid tests with prices inflated by up to 48% that were going to end up in the accounts of two commission agents, Alberto Luceño and Luis Medina. She has drawn a kind of chaos in the management of those days, but placing herself at the epicenter.

As reported in legal sources present in the statement, the interrogation, long and at times disjointed, has provided little novelty with respect to what Collado already explained when it was the Anticorruption prosecutor Luis Rodríguez Sol who summoned her to appear at the beginning of the investigations : That he assumed that Luceño and Medina wanted to collaborate at a time of health crisis and that he assumed that they would take something away, but he never intuited that it would be such a high commission.

In this line, before the judge he explained that he opted for the offer that both presented over others because "they were Spanish", they did not ask for 100% of the amount in advance and because a first review was carried out that proved that both were businessmen and they had active companies. They inspired, he says, "reliability" compared to other suppliers who, in those days, approached the City Hall: it seemed that the merchandise was good, they sent documentation right away (now those papers are suspected of falsehood) and guaranteed very competitive delivery times .

Collado was thus positioned as a containment dam against possible influence peddling to contract with Medina and Luceño, which has been pointing to the popular accusations made by Más Madrid, PSOE, Podemos and the Mixed Group of the Assembly, due to the way in which the commission agents arrived even the official. Medina turned to a university professor friend of his who gave him the phone number of the mayor's cousin. This, in turn, contacted the coordinator of the Mayor's Office, Matilde García Duarte, who indicated the generic mail to which to send the offers. From there, the mail was forwarded to different departments. And he reached Collado.

She, in the session this Friday, has provided a novelty. At the time, she did not remember if Medina called her or it was she who called Medina. She also did not know if, in this second case, someone had directly given her mobile number. Hence the suspicions of popular accusations. Before the judge, she has remembered that her telephone number was in that first email that was forwarded to her. The same one that, as reported by ABC, did not include the offer that was finally contracted, but documentation from a different company and unrelated to the Malaysian company, Leno, from which they supposedly made the final purchase of material.

So far, according to the sources consulted by this newspaper and what was declared to the media by the lawyer of Más Madrid at the end of the appearance, the clear points. The shadows begin when she has been questioned for the reason that she, who is formally in charge of human resources management in the City Council, was assuming the management of some purchases that could have been carried out by any other area of ​​the Consistory with experience in the subject. .

According to these sources, Collado has insisted that she took it on because “someone had to do it” and she has always been a “willing” person and, in fact, has detailed that she combined it with other functions such as organizing teleworking and sick leave. the City Council, which does have to do with its daily powers. This matter, however, is not the subject of the investigation, although for the accusations it is relevant because they continue to suspect - not so the Anti-Corruption Prosecutor and the judge - that the official received direct instructions to pay attention to Medina at a time when that email generic was receiving, according to the council, dozens of messages between sales proposals and donations.

During his testimony, he has also developed what happened when he sensed that there was a scam, as he said by WhatsApp to Luceño himself in some messages that appear in the summary. As Collado explained, what he thought was not that the commission agent was deceiving the Consistory, but that the Malaysian company had defrauded everyone, including him. Along the way, he accepted what he proposed, a return of 4 million dollars to compensate that the gloves received were not of the expected quality. He has not been able to clarify questions from the accusations with what authorization or with what authority he accepted the compensation terms that Luceño proposed. He was fine with it and no, he didn't report it.

As for what they knew or did not know outside of that chat -whose cordiality has been framed as normal- in the City Council, Collado has pointed out that there was a kind of management committee where they had a presence responsible for the different areas concerned, such as Emergencies and that the most relevant contracts were reported to the mayor, José Luis Martínez-Almeida. However, he has not specified in what way because he does not remember what he was like or in what level of detail. He has repeatedly referred to the chaos of those days, with "everyone confined", continuous conversations by phone and the full pandemic.

1 Gran Fira de Valencia 2022: artistic program and when... 2 The salaries of the Royal Family fell by 7.6% in 2021... 3 Can global warming stop us sleeping? 4 Two arrested for an altercation with firearms between... 5 After Ferrero's apology, Kinder scandal: Foodwatch... 6 Champions League: Benzema Mane, a throne to two 7 Formula 1. Monaco Grand Prix: Leclerc will regain... 8 Arcachon basin: David Lamourous is re-elected to Gironde... 9 Saint-Jean-de-Luz - A bucolic rendezvous at the botanical... 10 Pyrenees - Pic du Midi de Bigorre is reopened in June.... 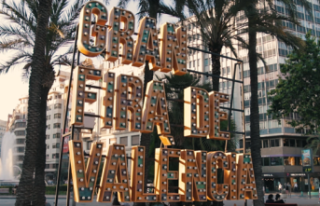