Agents of the National Police Corps have arrested two men as alleged perpetrators of crimes against property and drug trafficking, for illegal possession of weapons. 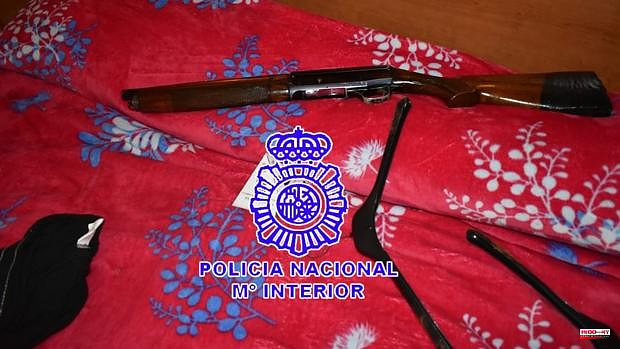 Agents of the National Police Corps have arrested two men as alleged perpetrators of crimes against property and drug trafficking, for illegal possession of weapons. This Thursday they have arrested R.D.J., 35 years old and with seven police records; and during the morning of this Friday to J.R.G., 56 and with 14 police records. Both were involved in an altercation with firearms between two families in the Las Viudas neighborhood of Valladolid, police sources reported today in a statement.

Last Sunday, several National Police crews went to the neighborhood, alerted by numerous calls to Room 091 reporting an altercation in which shots were being fired. The intervention of the agents allowed to identify one of the participants and author of several shots with a shotgun and also to recover the weapon that was found inside his home on Calle Tajo, along with abundant ammunition, collects Ical.

The weapon in question is a semi-automatic shotgun with the barrel cut from 12 gauge and the serial number removed. The author of the shots, who did not cause personal damage, fled the place taking advantage of the tumult caused by the incident, a confrontation that has its origin in a conflict between two families, and that caused the presence of more than 100 people in the area.

The analysis of the weapon by the Scientific Police has made it possible to identify a second person as an alleged participant in the events. The search for the two began, it was found that they had left their homes and finally, after the pertinent steps taken by the investigation group, they were arrested.

R.D.J has been released with charges after giving a statement at police stations and J.R.G. has been placed at the disposal of the Court of Instruction number four of Valladolid. The investigation and subsequent arrests were carried out by agents of the Valladolid Provincial Police Station.

1 After Ferrero's apology, Kinder scandal: Foodwatch... 2 Champions League: Benzema Mane, a throne to two 3 Formula 1. Monaco Grand Prix: Leclerc will regain... 4 Arcachon basin: David Lamourous is re-elected to Gironde... 5 Saint-Jean-de-Luz - A bucolic rendezvous at the botanical... 6 Pyrenees - Pic du Midi de Bigorre is reopened in June.... 7 Gironde: Some leisure outings during this Ascension... 8 Europe: "The threat from 3D printed weapons"... 9 Two mountaineers were killed by falling boulders in... 10 Easyjet: Why did the airline have to cancel many flights... 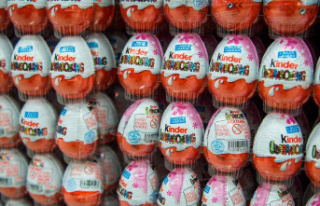