The announcement of the official candidacy of Ricardo Barkala for the presidency of Athletic will launch this Tuesday the electoral race towards the Ibaigane chair. 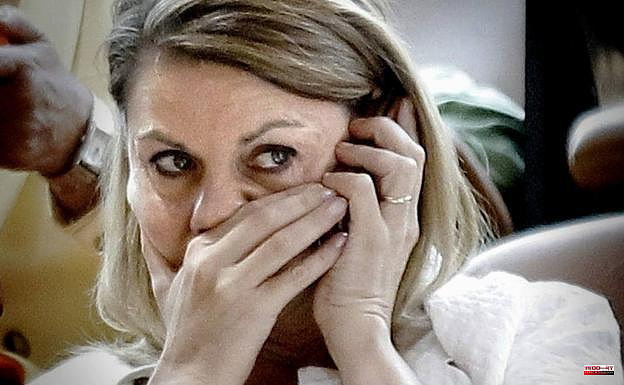 The announcement of the official candidacy of Ricardo Barkala for the presidency of Athletic will launch this Tuesday the electoral race towards the Ibaigane chair. The president of the Port Authority has announced that this Tuesday at noon he will offer a press conference where he will explain his intentions ahead of the elections for the presidency of Athletic that will take place on June 24 in San Mamés. He will therefore be the first candidate to go out into the electoral arena after the club announced the date of the elections last week, an announcement that launched a process where the sports and institutional careers will share space in the week more of the season for Athletic.

The victory against Osasuna, together with the defeat of Villarreal, give Marcelino's men a clear opportunity to fight on Sunday in Seville to return to Europe while on the electoral stage, after the step forward confirmed by Ricardo Barkala, the exit is also expected of the candidacy led by Iñaki Arechabaleta.

As has happened on other occasions, the electoral process and Athletic's sporting interests will once again coincide despite the fact that the recently resigned board of directors wished otherwise. When Aitor Elizegi became president, he assured that he would not exhaust his mandate – until the end of December this year – to call elections in the summer and when the team was on vacation so as not to distract the team and that the new managers of the entity would have time to prepare for the preseason. The date of June 24 allows it, but the outcome of this season, where Athletic is going to play Europe on the last day, has caused both routes –institutional and sports– to coincide this week with the departure to the stage of presidential candidates.

It remains to be seen if on dates with such importance for Athletic's sporting future, the electoral 'noise' does not affect or distract more than necessary for Sunday's game (10 pm) at the Sánchez Pizjuán. A priori, it is a week where the only planned acts are the official confirmation of candidacies, as Ricardo Barkala is going to do this noon. The president of the Port Authority and with an important background in management after passing through the Bilbao City Council and the Basque Government, always hand in hand with the PNV, of which he is a member, gave the "yes I want" at the beginning of 2022 and initiated contacts to set up what you have defined as a consensus list.

But he will not be the only candidate. Iñaki Arechabaleta will also fight for the presidency of Athletic. The 63-year-old executive from Bilbao, with extensive experience in business management, will launch his website tomorrow and in the coming days he will announce his intentions in the electoral race.

In this way, football and the polls will coincide again at a fundamental moment, as has already happened in other presidential elections. Without going any further, in December 2018 the fight between Alberto Uribe-Echevarría and Aitor Elizegi was settled while Athletic sank into relegation and after the dismissal of Eduardo Berizzo and the arrival of Gaizka Garitano on the bench. The elections won by Jusu Urrutia in 2011 and Macua in 2007 took place in July, while Fernando Lamikiz arrived in Ibaigane in September 2004, with the season already underway.

A case similar to the current one was the electoral race of 2001, when Javier Uria beat Lamikiz at the polls on June 2. The candidacy process started very soon, in April, at which time Athletic was in the middle of the table with 36 points and relegation to nine. At the end of the season, the rojiblancos only had a margin of two, with the team letting themselves go before the arrival of the elections.

This season, at least, there has been no such direct affection. It is true that Marcelino has experienced in first person the doubts of the applicants regarding his continuity as coach of Athletic, but the electoral noise has not marked the trajectory of the team and its fight to return to Europe four years later and it can only affect between now and Sunday. Because the appearance of the first two candidates for the presidency is the previous step to the calendar that the club published yesterday, and will coincide with Athletic on vacation after Sunday's final at Pizjuán. The period for presenting candidacies will begin on Thursday 26 and end on Saturday, June 4, 2022. Candidacies that are promoted by at least 5% of the Members with the right to vote will be admitted and will be officially announced on the 9th. From then until the 24th, two weeks of campaigning to find out who will succeed Aitor Elizegi in the Ibaigane presidential chair.

1 Spain will play against Portugal in Braga on September... 2 Castex makes effective the announced resignation of... 3 [VIDEO] Pope, with knee pain, asks Mexicans for “a... 4 American Carnage 5 Here it all starts from May 17: Anaïs must make her... 6 The church of Nombela will be a Site of Cultural Interest... 7 The fish market of the port of Alicante will continue... 8 Beaches to overflow in the month of May in Valencia... 9 Scientists abroad feel discriminated against by the... 10 The Islanders have a new head coach 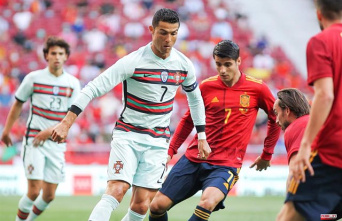 Spain will play against Portugal in Braga on September...