The Official Gazette of Castilla-La Mancha (DOCM) will publish this Tuesday, May 17, the resolution of the Vice-Ministry of Culture and Sports by which the file to declare the church of the 'Asunción de Nuestra Señora' in Nombela, with the category of Monument. 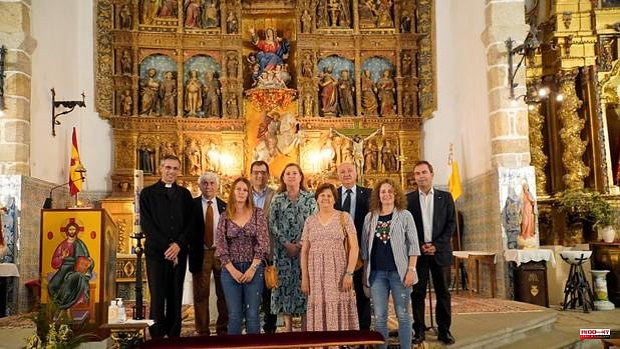 The Official Gazette of Castilla-La Mancha (DOCM) will publish this Tuesday, May 17, the resolution of the Vice-Ministry of Culture and Sports by which the file to declare the church of the 'Asunción de Nuestra Señora' in Nombela, with the category of Monument.

The Minister of Education, Culture and Sports, Rosa Ana Rodríguez, has made this announcement in a visit she has made to the temple of the Toledo municipality, in which she has been accompanied by the delegate of the Board in the province, Javier Úbeda; the delegate of Education, Culture and Sports, José Gutiérrez, and the mayor of Nombela, Carlos Gutiérrez, among other attendees.

Rosa Ana Rodríguez explained that, with this declaration, "we continue to protect and preserve the best of our heritage to value it and to safeguard the assets that culturally identify us as autonomy".

Likewise, Rosa Ana Rodríguez has highlighted that "the declaration of this monument as a BIC is the first part of a series of actions that we are going to carry out in the building and that will culminate in the conservation of the main altarpiece of the church, thanks to an investment of 150,000 euros from the Recovery and Resilience Mechanisms », the regional government reported in a press release.

The church of the 'Asunción de Nuestra Señora', in Nombela, built in the 16th century, in a Renaissance style with Gothic reminiscences, is configured as a rectangular building with three naves, divided, in turn, into four sections, with polygonal head and choir at the feet.

Inside, its main altarpiece stands out, in the Plateresque style, from the middle of the 16th century and an unknown author, with approximate dimensions of nine by six meters.

In its central body stands a carving of the Assumption of Our Lady, patron saint of the town, the work of a sculptor from Nombela, José Zazo y Mayo.

In addition to this main altarpiece, the church preserves other altarpieces and ornaments from the same chronology, which means that it can be considered a unique and outstanding example of a religious temple from the second half of the 16th century preserved with its imagery and liturgical ornaments.

1 The fish market of the port of Alicante will continue... 2 Beaches to overflow in the month of May in Valencia... 3 Scientists abroad feel discriminated against by the... 4 The Islanders have a new head coach 5 Hungarian Parliament re-elects Viktor Orbán as Prime... 6 Pierre-Luc Dubois still propels Canada 7 Macron is going to appoint Élisabeth Borne as prime... 8 The WHO, ready to send aid to North Korea to face... 9 A woman in Matignon, a first for 30 years 10 Reshuffle: Elisabeth Borne appointed Prime Minister 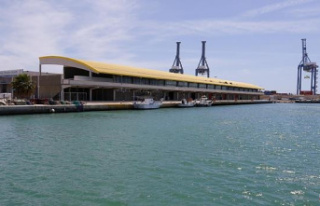 The fish market of the port of Alicante will continue...