The Chamber of Accounts of Aragon has called into question two vaccine contracts against meningitis and pneumococcus, for which the regional government of Javier Lambán paid 3. 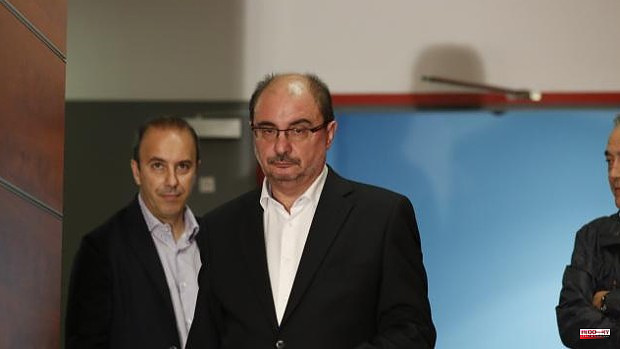 The Chamber of Accounts of Aragon has called into question two vaccine contracts against meningitis and pneumococcus, for which the regional government of Javier Lambán paid 3.2 million euros. Anomalies have been detected in their files that, at the very least, show a serious lack of control on the part of the Autonomous Administration. The most notable is the absence of the mandatory delivery notes for receipt of the supply, an essential document to prove that the contract has been fulfilled under the agreed conditions and that the money paid is correct.

The auditors who have inspected these files demanded the delivery notes, they waited for them for months, but the social-communist government headed by Lambán has not provided them. He has not even presented allegations, an explanation even to try to discharge responsibility.

So the auditors have had to note this serious incident in their audit report.

These irregularities are added to the 'ghost' masks that ABC uncovered on April 30, the 244,570 euros that the Government of Lambán paid two years ago for a shipment of gloves and masks that it has not proven that they arrived either. Neither the official delivery notes nor the regulated invoices appear, but there is the payment in advance to a company that the regional Executive itself acknowledges that it lost track of it shortly after paying that quarter of a million euros, a payment that it disapproved the Intervention of funds. Despite the report against the intervener, Lambán shelved the matter through a political agreement in which he involved his entire coalition Executive: 21 months after having paid, the Governing Council chaired by Lambán approved the file . It was a collegiate agreement in which the four parties that make up the current government coalition chaired by Lambán participated: the PSOE, Podemos, the sovereignists of the Chunta and the PAR.

The case of the 'ghost' masks was detected by the auditors of the Chamber of Accounts in the same inspection work in which they have brought to light irregularities in those two vaccine contracts, which cost 3.2 million euros. The delivery notes do not appear either, but the invoices do. And, despite the fact that the auditors have warned that they have not been able to verify that these vaccines were delivered, no report has appeared against the Intervention of funds. Everything points to the fact that the inspector who had to ensure legality did not object, despite the fact that the delivery notes are essential to be able to authorize the payment. In fact, his absence was what led another auditor to disapprove the payment of 'ghost' masks.

It must be borne in mind that the person in charge of Intervention in the case of the 'ghost' masks is not the same as in that of the vaccine contracts that are in question. The first was commissioned by the Aragonese Institute of Social Services, which depends on the Minister of Social Rights, the socialist Mariví Broto. These vaccine purchases, for their part, were managed by the Ministry of Health, also directed by the PSOE. And each of these bodies has different controllers.

ABC has had access to the two vaccine contracts punctuated by administrative irregularities. Both were awarded directly, without effective competition. Both fell to the Pfizer company. The first, in April 2020. The second just four months later, in April. Both were awarded by the Ministry of Health. The first of them bears the signature of the socialist Pilar Ventura, who had to resign a few weeks later for outraging the toilets with statements in which she considered it an incentive for the toilets to have to improvise homemade protective equipment against Covid, before the shortages they suffered.

Months after those two awards, Pfizer became one of the leading producers and suppliers of coronavirus vaccines. But those contracts that the Chamber of Accounts has warned about were not for vaccines against Covid, but against other pathologies. Specifically, the one signed in April by Pilar Ventura consisted of the purchase of 60,000 doses of the 'ACWY meningococcal vaccine', for a total price of 1,962,480 euros, taxes included. The second contract was signed by Pilar Ventura's successor, the also socialist Sira Repollés, who continues to head the Aragonese Ministry of Health. She signed it on September 7, 2020 to buy 28,000 doses of the pneumococcal vaccine for 1,247,792 euros, VAT included.

The delivery notes are essential to give the green light to the payment of the corresponding invoices. They are proof of delivery of the contracted supply, essential to certify receipt of the material. They constitute, therefore, an elementary document in all administrative purchase files. But it is that, in addition, in one of these contracts special emphasis was even placed on influencing that requirement. This makes it even more surprising that the Government of Aragon has not provided any delivery note to the Chamber of Accounts, "which prevents ensuring the real amount of the doses delivered and if these coincide with those included in the existing invoices," warn the auditors .

But they are not the only irregularities detected. In the pneumococcal vaccine contract, the Chamber of Accounts has also detected that it was processed abnormally. It was awarded by negotiated procedure without publicity, which requires negotiating the conditions, that there is a certain push and pull with which the Administration manages to improve the offer. But the reality is that the Government of Lambán limited itself to accepting the supplier's conditions, without further ado. "It does not present any cancellation, nor does it include free doses, nor free replacement (...) All this shows that there has been no negotiation process between the Administration and the bidder," the auditors indicate.

In the other contract, that of the vaccines against meningococcus, the Aragonese Government agreed that the bidder would give him 3,000 doses, which served to fatten his score. However, "there is no supporting documentation that said delivery of free doses has been made," the auditors warn.

1 End of the investigation into the seizure of Intervida... 2 The PP promotes that ETA crimes not prescribe and... 3 Steve Lévesque is found guilty of second degree murder 4 PGA Championship: Tiger Woods will be weekend rounds 5 Alcaraz debuts tomorrow at Roland Garros and Nadal... 6 Fever for the biggest final 7 Brussels urges debt reduction despite fiscal suspension 8 Starliner, the Boeing capsule, reaches the International... 9 “The Lightning know how to win” 10 The Rolland-Garros mystery 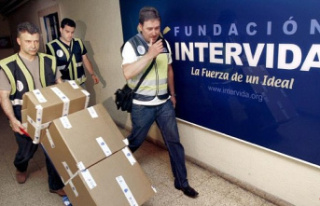 End of the investigation into the seizure of Intervida...