The Seventh Section of the Provincial Court of Barcelona has ratified the filing of the case promoted by the co-founder of Intervida, Rafael Puertas, to clarify what happened to the foundation, which became the most important in Spain and managed a multimillion-dollar estate with a sponsorship model until a complaint from the Prosecutor's Office for fraud, misappropriation and unfair administration triggered the beginning of the end in 2007. 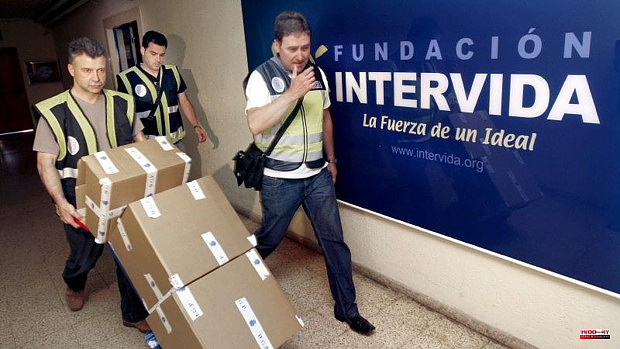 The Seventh Section of the Provincial Court of Barcelona has ratified the filing of the case promoted by the co-founder of Intervida, Rafael Puertas, to clarify what happened to the foundation, which became the most important in Spain and managed a multimillion-dollar estate with a sponsorship model until a complaint from the Prosecutor's Office for fraud, misappropriation and unfair administration triggered the beginning of the end in 2007. The court ruled out evidence of crime in the management of the entity while it was under the control of the National Court.

That lawsuit was instructed by the then magistrate of the Central Court 5, Baltasar Garzón, who took the reins from the administrators of Intervida. The entity continued to function during the investigations, but intervened from a court in Barcelona and with a patronage designated by the Generalitat of Catalonia.

Five years later, Judge Pablo Ruz, who replaced Garzón when he was removed and took over the investigation, concluded that there was no evidence of a crime. The administrators of the entity were thus exonerated, although they never returned to their posts at Intervida, which had even changed its name (Educo). It was 2012.

At the beginning, Puertas threatened to litigate against the Protectorate of Foundations of the Generalitat of Catalonia, which appointed the entity's top management since it was no longer under judicial control. But it was in 2017 when he filed the criminal complaint for magistrate prevarication, unfair administration, false complaint, influence peddling, misappropriation and fraud, among others. There began a battle that has lasted until now and still has a long way to go. After the slam of the Provincial Court to continue investigating, his defense, which is a non-profit Vosseler Abogados, has announced an appeal before the Supreme Court.

Thus, ten years have passed since the managers of Intervida were exonerated and five since Puertas sought responsibility in criminal proceedings. And since then, the bulk of the time that has elapsed has been because the courts of Madrid and Barcelona did not agree on who should take on the matter.

The complaint was directed, on the one hand, against the judicial administrators of Intervida, the employers who succeeded them and the charge of the Protectorate of Foundations of the Generalitat that appointed them, and, on the other, against Baltasar Garzón for prevaricating in the investigation. He argued that it was deliberately lengthened so that the mandate of the founders would expire and be justified later, that they would definitely lose control. And all, to empty the assets of Intervida.

After several comings and goings, the matter fell to the Court of Instruction number 14 of Barcelona, ​​which after a few months decided to close the case without even taking a statement from the defendants. The Provincial Court of Barcelona forced the judge to continue investigating in 2019 and carry out even those minimum procedures. The instructor focused only on the judicial administrators and those who succeeded them as employers, because the management of Baltasar Garzón was reviled from almost the beginning.

After hearing a statement from the defendant from the Board of Foundations of the Generalitat, which Puertas also pointed out for threats; and the three judicial administrators that Intervida had, the Barcelona judge agreed to file the matter in June of last year. Puertas asked to call at least one witness, who was unsuccessfully called because he was in Mexico but once located, he was going to testify. His claim was not met and now, the Provincial Court concludes that it was not necessary.

In a harsh resolution, it confirms the position of the judge in the case because it understands that "the procedures carried out unanimously rule out the accreditation of the tortious use of Law" of the appointed position of the Generalitat of Catalonia, Santiago Ballester, nor "have any appearances" of being prevaricating the resolutions that he issued to appoint Intervida trustees, "as much as the appellant is stubborn in suggesting (without any supporting evidence) the contrary." Puertas said that he had named his friends, but the Provincial does not see "any concrete suggestion about direct or indirect links" between them.

It also ensures that "the Intervida Group and its Foundations are still in operation today and there is no record of the loss of their funds" and, regarding the illegal acts that the judicial administrators would have committed during the processing of the case in the National High Court, it also rules out let there be evidence. "The fact that it was finally concluded that there were not enough indications of that diversion of funds, does not serve to affirm that the actions of the judicial administrators or the investigating magistrate were irregular, prevaricating and fraudulent," he points out.

For the Provincial Court of Barcelona, ​​this procedure "cannot be a general review or a revenge against the damages that the judicial investigation may have reported to him personally or to the Foundation, as he and others conceived it." «For the initiation of it there were reasons that later became insufficient or not proven. During its course, decisions were made that, despite being appealable, involved an invasive intervention in the foundations and their subsidiaries or parallel structures. All this is true, but none of this implies that such decisions were not justified or that those who took them or submitted them to judicial authorization should be branded as prevaricators or unfair managers, ”concludes the court. 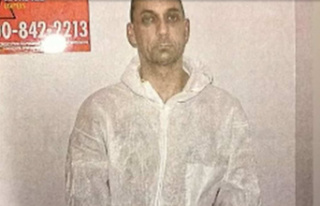 The PP promotes that ETA crimes not prescribe and...