Terrorist threat to the Russian church in Montreal

The Outremont Russian Orthodox Cathedral received a threatening letter that recently prompted the intervention of the Montreal police counterterrorism unit. 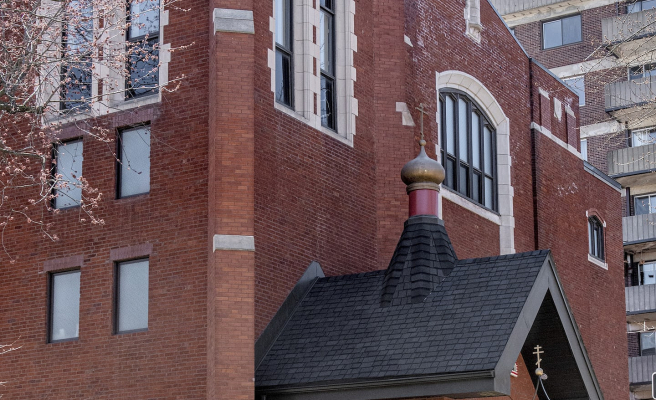 The Outremont Russian Orthodox Cathedral received a threatening letter that recently prompted the intervention of the Montreal police counterterrorism unit.

• Read also – 69th day of war in Ukraine: here are all the latest developments

"Notice to the Russian Orthodox of Montreal, a group of rebellious men plan (sic) to assassinate you [...]", can we read in particular in a handwritten letter, of which our Bureau of investigation obtained a copy . The document was delivered by post to Saint-Nicolas Cathedral on April 15.

These threats were made ten days before the Orthodox Easter mass which took place on the night of April 23 to 24. They also come at a time when war is raging in Ukraine and when several members of the international community accuse the Kremlin of war crimes.

The Service de police de la Ville de Montréal (SPVM) took the threat seriously. An important security device was even put in place in the hours leading up to the celebration, indicate sources who are not authorized to speak to the media.

The author of the letter accuses the Russian Orthodox of being "all bloodthirsty murderers, murderers [...], mad as Putin [...]". He completes his missive by summoning the Orthodox reverends to watch themselves and bar their doors.

It is therefore in these circumstances that the SPVM deployed its Anti-Terrorism and Emergency Measures Section (SAMU) to prevent any attack during a large gathering at the Cathedral. The Counter-Terrorism and Emergency Measures Section wanted, among other things, to prevent a vehicle from being used to rush towards the faithful who were to practice a small procession around the cathedral, a bit like what happened in Toronto in April 2018, and in Nice, France, in July 2016, a police source claims.

Our Bureau of Investigation attempted to obtain comments from church officials, without success.

In Nice, the Russian Saint-Nicolas Cathedral received an anonymous letter containing death threats on March 10, along with several parishioners.

In Amsterdam, Netherlands, leaders of a Russian Orthodox church received the same type of warning during this same period. In this case, the threat came after they took a stand against invading Ukraine.

Moreover, since the beginning of the conflict, several Russian Orthodox churches have dissociated themselves from the Kremlin, even if they are allies on whom Vladimir Putin counted.

Do you have information of public interest? Contact me confidentially at marc.sandreschi@quebecormedia.com or at 514 212-3937.

1 Healthcare workers unknowingly invited to liberal-flavored... 2 Russian espionage in Quebec: a mysterious residence... 3 Well-kept secrets at the Russian consulate 4 Reform of the voting system: Lebel contradicts himself 5 The mysteries of the pilot of the stars 6 Sexual assault: Mamadou Kalilou Barry arrested again 7 Kent Hughes taunts his son 8 Will the Canadian opt for Wright? 9 Calder Trophy: The contenders are revealed 10 MLB: a game without points or hits in its 11th start 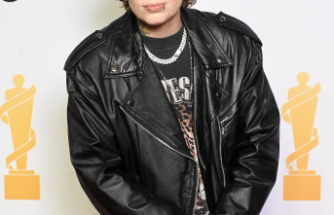 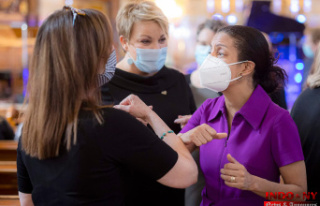