Santonja: «The Ages will hardly leave the Community again»

The Minister of Culture, Tourism and Sports, Gonzalo Santonja, advocated yesterday to "enhance the spiritual, artistic and intellectual magnitude" of the heritage of Castilla y León due to its "infinite possibilities" as a promotional and economic resource, and remarked in this sense that the The Ages of Man cultural project, one of its hallmarks, "will hardly leave the Community again", alluding to the great exhibition currently housed in the Cathedral of Plasencia. 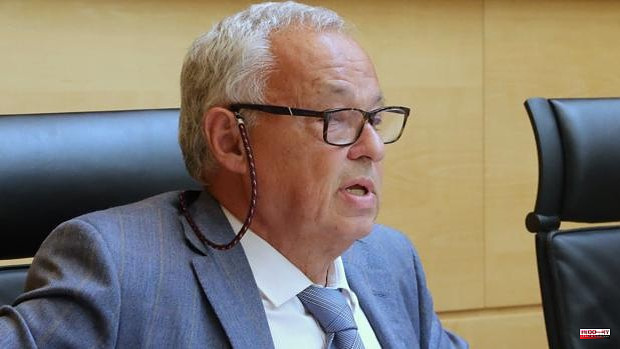 The Minister of Culture, Tourism and Sports, Gonzalo Santonja, advocated yesterday to "enhance the spiritual, artistic and intellectual magnitude" of the heritage of Castilla y León due to its "infinite possibilities" as a promotional and economic resource, and remarked in this sense that the The Ages of Man cultural project, one of its hallmarks, "will hardly leave the Community again", alluding to the great exhibition currently housed in the Cathedral of Plasencia.

It was one of the veiled taunts launched by the counselor at the cultural policy developed in the previous legislature by this department, then in the hands of Ciudadanos. He did so in the Cortes by explaining the legislature objectives of his Ministry in a speech that began with the announcement of what will be one of his main endeavors: the "socialization" of knowledge about the origin of Spanish and of municipalism, tasks in which that he believes that it has failed to date despite the investigation carried out and that "there is no other way to repair it".

To this end, it advanced initiatives such as the organization of an exhibition to investigate "our most genuine legal past" and the creation in Burgos of the Center for the Origins of Spanish, as well as two research groups made up of specialists from the four public universities whose purpose It will be “studying, editing and disseminating the enormous documentary heritage” around “the language and writing in León and Castile” and “the Fueros and letters of Puebla”. Thus, it advanced the edition, with the sponsorship of the Ministry, of three documentary testimonies: the jurisdiction of the population of Peñafiel, the 'Noticia de Kesos' and the Andalusian Charter, initiatives that framed the enhancement of a material and immaterial "rich" of "that Spain that resists", which his department will keep among its "priorities".

The academic world will not only be the pillar of this line of work but of many others of this Ministry. From it, for example, the incorporation of Castilla y León into "language technology networks for the humanities and social sciences" will be promoted. In addition, the four public universities will host the celebration of "a great congress of Spanish literature in all its manifestations", an event that will have four venues, corresponding to each of the knowledge centers that will each focus on a genre: narrative , poetry, theater and essay.

Among the main proposals, he also advanced the intention of the Ministry to organize "a great Castilian-Andalusian exhibition" with the two referents of the Castilian and Sevillian schools of imagery, Gregorio Fernández and Juan Martínez Montañés, respectively. A great show for which it will be necessary to wait for the formation of the new government that comes out of the Andalusian elections, but which, as he advanced, could be held "possibly in Valladolid and Seville", would consist of "about 70 pieces" and would have "a joint scientific committee” in which “the National Museum of Sculpture of Valladolid and the Museum of Fine Arts of Seville” were represented.

As already hinted at in previous interventions, support for bullfighting will be another of its objectives. "Bulls are ecology, but real ecology, not trashy or posturing, and sustainability," defended Gonzaló Santonja, who admitted to being "reasonably bullfighting" and not "staunch" because he does not consider himself "intransigent, fanatic and extreme" but "dialogue with those who think otherwise". Beyond the response to the criticism received, the counselor announced the creation of a Bullfighting Documentary Center with the funds guarded in the archives of Castilla y León.

He did not overlook other matters of his department such as cultural heritage, for which he advanced the approval of a new regulatory framework; sport, with express support for women athletes "so that their life project does not ruin their sports career", and tourism, where they advanced their intention to bring all the brands together into a "main" one and predicted the recovery "after the summer, of the activity levels of 2019 both in overnight stays and in national and international travelers".

Although he also confirmed his department's support for sectors such as publishing, the performing arts or the audiovisual, he did not mention veteran festivals such as Fàcyl or those incorporated in the two years of Cs -Photography and Literature-. In fact, she did not miss the opportunity to announce her intention to amend the "lack of promotion" of the previous team to the current exhibition 'Santa Teresa de Jesús: Mujer, Santa, Doctora', which Alba de Tormes hosts.

1 Castilla y León will maintain the educational "successful... 2 Investigation into the tragic death of a young Quebecer... 3 Pay equity: Legal aid lawyers on strike next Tuesday 4 10 cases of severe acute hepatitis in children in... 5 Nadal: "If I didn't believe it was possible,... 6 Abortion: no communion for Nancy Pelosi, according... 7 An additional $250 million loan for Ukraine 8 The Basque Government assures that Ticket Bai is a... 9 The Port of Bilbao hopes to regain competitiveness... 10 Housing crisis: organizations consider the government... 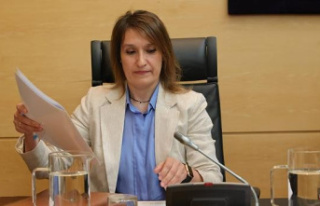