The Conference of the Future of Europe puts its final touch

After a year of discussions, the Conference on the Future of Europe has marked its end. 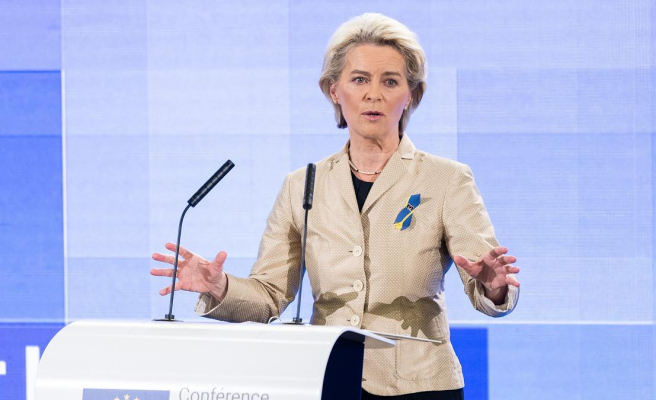 After a year of discussions, the Conference on the Future of Europe has marked its end. In total, forty-nine proposals have been presented, with a request to change the European treaties and with the war in Ukraine as a backdrop.

The Conference on the Future of Europe was born as a project of the French president, Emmanuel Macron, in order for European citizens to feel "closer" to the European Union. After Brexit and the European elections in May 2019, the community club also had to rethink its future, after elections with the highest turnout in 15 years, 50.66%.

Since the project began a year ago, Europe has turned a corner. It began to walk in the midst of a pandemic, and ends in the middle of a war on the continent, in the midst of an invasion of Ukraine, on a day celebrated throughout the region for being Europe Day, in commemoration of Robert Schuman's speech, which he gave beginning of what is today the European Union.

But while the words about the importance of the unity and the values ​​of the European Union resounded, the whole deployment of Vladimir Putin also took place, miles from Strasbourg. “On the one hand you see an autocrat, Vladimir Putin, in Moscow, and he has held his military parade, which is the only thing he has to offer his people. And on the other hand, here in the European Parliament you see a celebration of democracy. ", assured Von der Leyen, referring to the two acts, so different from each other.

The President of the European Commission defended, in a fiery and impassioned speech, the importance of the conference, which she especially addressed to Ukraine, a country that has already handed in the last questionnaire necessary to complete its candidacy for the EU. “The future of Europe is also your future. The future of our democracy is the future of your democracy (…) the next page will be written by you, by us, by all of us. Slava Ukrainje”, said the German politician.

The proposals of the citizens are broad and happen because the EU has more powers in health or in accelerating the disconnection of fossil energy, and also in the opening of treaties and changing decision-making to gain agility. Proposals that, assured the presidents of the institutions, will have an answer.

Von der Leyen advanced that next September, on the occasion of the State of the Union Address, the proposals he makes will come from the Conference. Also, despite the reluctance of some countries, the German said that she does not rule out opening treaties "if necessary."

“We are at a turning point for European integration and no suggestion for change should be ruled out. We must not be afraid to use the power of Europe to improve people's lives”, defended the president of the European Parliament, Roberta Metsola.

Macron has also supported a reform of the treaties. For the French, it has been opened to end the unanimity required in some decision-making (as seen now in the case of sanctions, which Hungary continues to block right now).

The French president has proposed that the heads of state and government discuss this issue at the next summit in June, but Bulgaria, the Czech Republic, Denmark, Estonia, Finland, Latvia, Lithuania, Slovenia and Sweden, Croatia, Malta, Poland and Romania they have already refused to change them in a document made public today.

He has been less open to a rapid accession of Ukraine to the European Union, which is why he has projected the idea of ​​a "European political community" to which countries like Ukraine that share the values ​​of the European Union but cannot join can join. expect a quick entry, to start cooperating on energy or fight against the climate crisis “We all know that the accession process will take several years or even several decades”, he admitted.

A way to maintain cooperation with countries like Ukraine, or Western countries that have been waiting for years to join, like North Macedonia or Albania, and partly avoid frustration.

The idea is similar —although Macron's more conservative— to the one already devised by the former Italian Prime Minister, Enricco Letta, in which in a forum published by La Vanguardia he called for the creation of a European Confederation, made up of the 27 member states, by Ukraine and by Georgia and Moldova, and then by North Macedonia, Serbia, Montenegro, Albania, Bosnia-Herzegovina and Kosovo, in which it participated and cooperated closely with the Union.

From now on, the Conference on the Future of Europe will have a follow-up in which all the proposals will be analyzed, a new and innovative process, in which there have been discussions in the countries, events, the use of a multilingual platform in which citizens could debate or pitch ideas. In addition, a plenary session was created with 800 European citizens of different geographical origin, sex, age, socioeconomic origin and/or educational level in which they debated all the ideas that must now materialize.

1 The provisional count gives a great triumph to the... 2 Confiscation of Russian assets to rebuild Ukraine 3 Former French Prime Minister François Fillon sentenced... 4 Macron tells Russia that Europe does not want to humiliate... 5 Bonus offers a 6 Russian ambassador to Poland attacked with red paint 7 Did Nazi Germany Surrender on May 9? 8 Zelensky accuses Putin of 9 Salah is injured two weeks before the Champions League... 10 Juanpe López sweats pink ink to keep the jersey 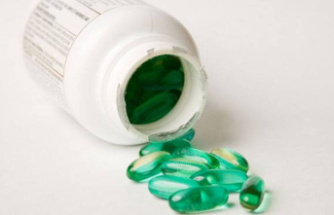 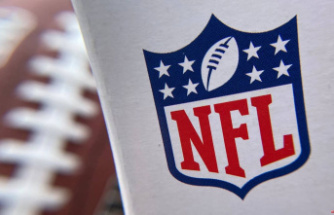 The provisional count gives a great triumph to the...