Rueda shows his new Xunta as Feijóo's showcase against Sánchez

Alfonso Rueda Valenzuela (Pontevedra, 1968) proclaimed this morning in his investiture speech that as the sixth president of the Xunta he does not intend to "photocopy the last pages of our history, although they were memorable". 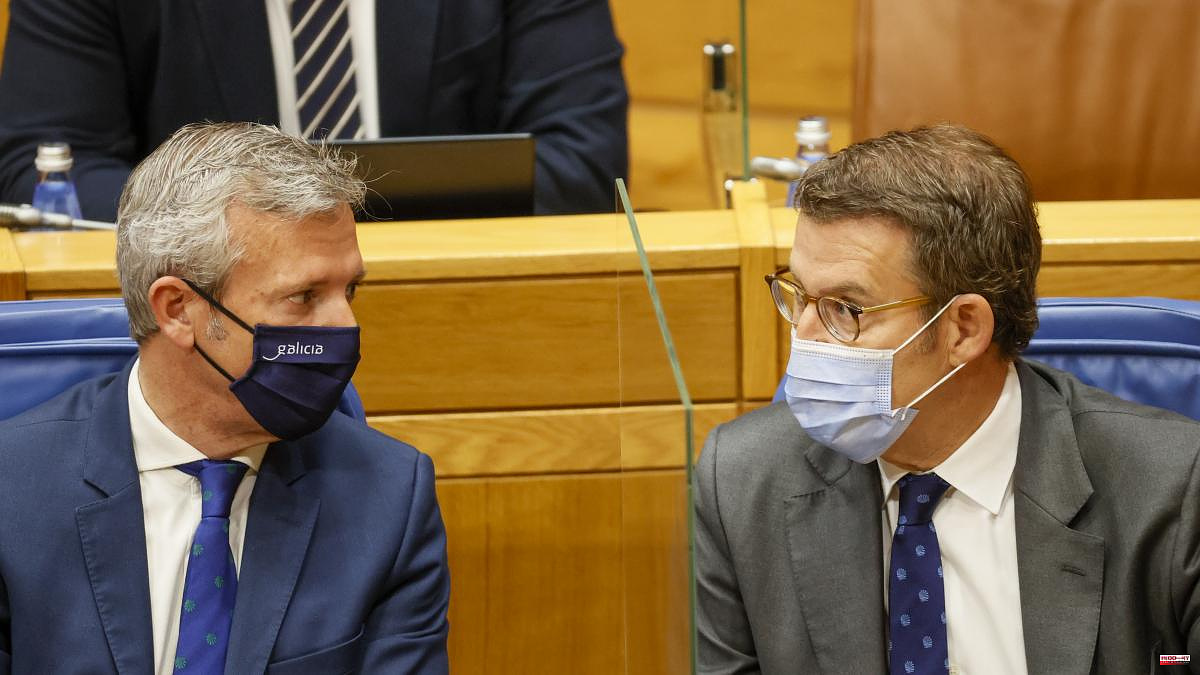 Alfonso Rueda Valenzuela (Pontevedra, 1968) proclaimed this morning in his investiture speech that as the sixth president of the Xunta he does not intend to "photocopy the last pages of our history, although they were memorable". He specified that his objective is "to write together some of our best lines in the future". who appointed him as heir, Alberto Núñez Feijóo, Rueda showed how his Xunta will function as the political showcase of his former boss in his pulse with the Prime Minister, Pedro Sánchez.

In this line of providing coverage from Santiago to the work that Feijóo carries out from Madrid's Génova street as president of the PP, Rueda announced the reduction in 2023 of the first section of the Personal Income Tax, IRPF, of 9.4% at 9%. "We will be the second community in Spain with fewer taxes for low incomes," he said, adding that it is a response to the economic crisis, marked by escalating inflation and rising fuel prices. . The measure connects with one of the main claims that the PP maintains in Madrid before the central government.

In front of his predecessor, who occupies his seat in the Galician Parliament for the last time in this investiture plenary session from which he will jump to the Senate for the quota of autonomous appointment, Rueda assured that "Alberto Núñez Feijóo will always continue to be a server of Galicia", while pointing out his objective as president to "follow the example of an exemplary Galician".

"I don't want blocks or blockades", said the candidate for the presidency of the Xunta who will be elected next Thursday. It is a polysemic phrase, contextualized in the defense of the "Galician politics" model, based on the absolute majority of the Popular Party and, as he stressed, in a Parliament in which neither the "populisms" of the left nor of the right are present. , referring both to Podemos and its old Galician confluence and to Vox.

In Spain, the word "bloc" refers to the two poles that have been formed since the fall of Rajoy, that of the parties that have supported Sánchez at least at some point, and the opposition of PP and Vox. In Galicia it also designates the second political force and at this time the axis of a possible alternative to the popular ones, the Galician Nationalist Bloc led by Ana Pontón, to which Rueda also alluded. And she sent him a message between the lines when criticizing Sánchez for being in the hands of all international and extreme interests, including one present in the Galician parliament, instead of depending on the general interest. At the same time, Rueda, in the usual line of Feijóo, although more subtly, made a defense of the bipartisanship of PP and PSOE, by presenting his presidency as the continuity of the previous five, among which are those of the socialists González Laxe and Pérez Touriño, from whom he even quoted a phrase.

Right from the start, a little-known Rueda, after 13 years under the shadow of Feijóo's hyper-presidentialism, exhibited his greatest asset to head the Galician Government, his experience in senior positions in the Galician Administration. It is a curriculum that far exceeds that of all his predecessors, with intermediate positions already in the 90s and the first of this century in the governments of Manuel Fraga. He has been a councilor of the Xunta since 2009 and vice president since 2012. In these circumstances and with a Feijóo who as president of the PP will continue to be his boss, in his sectoral review of his program he always influenced the continuity and defense of the programs in progress , with extensions and improvements.

Thus, he highlighted that Galicia is the peninsular autonomous community, only surpassed by the Canary Islands and the Balearic Islands, which best resisted the pandemic, with the lowest mortality rate, although without failing to remember the more than 3,000 deaths. He valued the work of the entire health system, the speed with which the mass vaccination was carried out and the prudence with which the Xunta acted. For all these reasons, he alluded to a "pride of the country" for the way in which Galicia combated the coronavirus epidemic.

Despite the resounding failure of the Xunta's demographic plan in recent years, which has coincided with a drop in the birth rate from around 19,000 births to 15,000 in 2021, Rueda insisted on Galicia's motto as "the best place to be born ”, while announcing new measures in this field to deal with the issue that it recognized as “the biggest mortgage” and “the biggest threat” to the future.

In relations with the central government, the same music of the Feijóo years was played again, with the appeal to a "loyalty" that does not imply any "submission", although always from the perspective of a Galicia fully integrated into the current constitutional system. "I am irritated by the audacity with which state institutions are intended to be used in a partisan way," said Rueda. He broke down ten specific issues, from Xacobeo to the crisis in the Ferrol region, including regional financing and infrastructure in the province of Lugo, which he will transfer to Sánchez when he receives him at Moncloa.

“I am Alfonso Rueda. I will work to extend the legacy of these years of Government. One of the walkers changes, but the path continues”, he sentenced at the end of his speech. He maintained his usual direct style, more conciliatory than when he was whipping the opposition, but also without epicness, with not much more symbolic charge than that of an ordinary parliamentary process. His is a presidency under construction, about whose real dimension much more will be known on Thursday when he debates with the opposition.

In the evaluations of the subsequent groups, the particularity of the PSdeG-PSOE was given, which is not new in this party, which was briefly made by the parliamentary spokesman Luis Álvarez, to take the floor the new general secretary and president of the Diputación de A Coruña, Valentín González Formoso, who is not a deputy. He described as “retro” the speech of a Rueda who “lives in his particular world”. The nationalist Ana Pontón said that it is an "accidental president", the result of the corruption of the PP. “The countdown begins for the Galician change”, she proclaimed. The popular Pedro Puy valued the "institutional stability" that is evident this week in the Galician chamber, with a change in the presidency of the Xunta carried out naturally, without trauma or conflict.

1 ERC and United We Can now demand guarantees that they... 2 The Court of Auditors archives an investigation into... 3 Massive shooting in an American grocery store 4 Prolonged momentum in the real estate market 5 The Carmenista mayors will sue Más Madrid for 6 Feijóo accuses Sánchez of weakening the State with... 7 IN PICTURES | Plane crashes into Miami bridge 8 Who is Paz Esteban, the first political victim of... 9 Press conference after the Council of Ministers, in... 10 Iglesias qualifies as 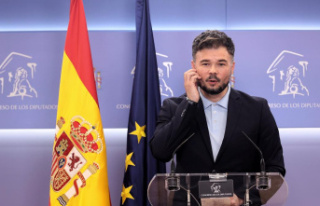 ERC and United We Can now demand guarantees that they...