Peter Lim strikes down Anil Murthy as president of Valencia

Valencia has announced this Monday the dismissal "with immediate effect" of Anil Murthy as president of the entity as a result of his leaked audios during a meeting with businessmen and that have "affected the club's relationship with the fans", and has reported that Sean Bai will serve as interim CEO. 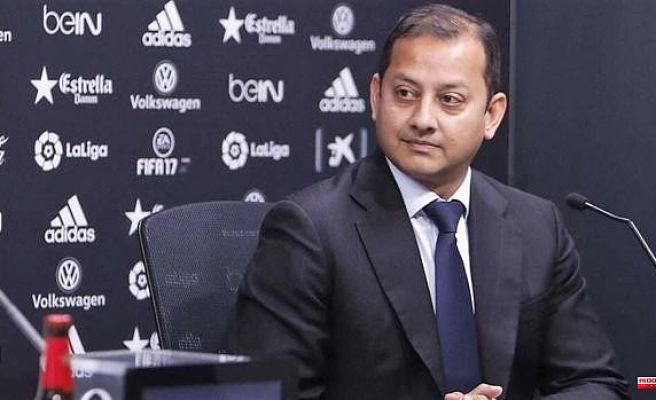 Valencia has announced this Monday the dismissal "with immediate effect" of Anil Murthy as president of the entity as a result of his leaked audios during a meeting with businessmen and that have "affected the club's relationship with the fans", and has reported that Sean Bai will serve as interim CEO.

«The Council values ​​the importance of a close relationship between the club, society, the fans, government authorities, the media and other actors linked to Valencia CF. The Council believes that a change in leadership is required to restore the credibility of the fans and the community in order to position Valencia on the path to success. With immediate effect, Anil Murthy will no longer be president and employee of Valencia," the club said in a statement.

In mid-May, several media published some audios of Murthy at a meal to promote a solidarity event with Valencian businessmen, in which, among other things, he described the club's largest shareholder, Peter Lim, as "senile". The maneuver was described by the former president as "an organized movement to harm the club."

In addition, on May 21, thousands of fans left Mestalla during the last game of the Santander League against Celta to protest Lim's management and demand his departure. Only 5,000 spectators saw the match in the Valencanista coliseum, the lowest figure of this century.

In the statement, the club ensures that these audios "unfortunately have affected the club's relationship with the fans, government authorities and Valencian civil society." “The Council wishes to clarify that the content of the leaked conversations between Anil Murthy and various third parties are personal opinions of Anil Murthy and not of Valencia. Valencia dissociates itself from these opinions », he pointed out.

In addition, the Valencian entity announced the appointment of Sean Bai as interim general manager. At the club since 2018, Bai is currently the director of the Valencia Academy. "During this interim period, Bai will primarily oversee the football operations of Valencia CF and report directly to the Council," he stated.

“The Council will immediately begin a search process to identify a new president of Valencia CF, and an announcement will be made in due course. In the meantime, Khojama Kalimuddin, non-executive director of Valencia CF, will take over as Chairman of the Board of Directors to oversee the administration of the club during this period," he added.

Finally, the club assured that it is "fully committed" to achieving "long-term growth and success and completing the construction of the New Mestalla." "We look forward to working together with fans, authorities and other stakeholders to achieve these goals," he concluded.

1 Portes Sud Perigord: Concert “Under the Italian... 2 The Rolling Stones visit the Fallen Angel of Retiro... 3 Tickets for the two bullfights of Corpus de Toledo... 4 The Provincial Council contributes 34,000 euros to... 5 Biarritz: A dance gala to benefit the victims of war... 6 The Supreme Court annuls the conviction of Alfonso... 7 A survey commissioned by the PSOE says that Page is... 8 Arrested in Alfaz del Pi for running over three people... 9 Jean-Christophe Cambadelis releases a "social... 10 Talence: Online job dating for social workers 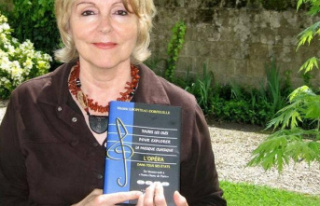