The Supreme Court has acquitted the former deputy mayor of Valencia Alfonso Grau for the crime of money laundering for which he was convicted by both the Provincial Court and the Superior Court of Justice in the case that investigates the delivery of luxury watches by a entrepreneur. 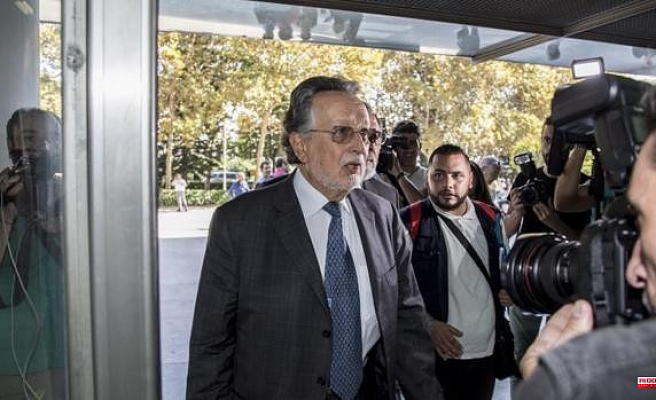 The Supreme Court has acquitted the former deputy mayor of Valencia Alfonso Grau for the crime of money laundering for which he was convicted by both the Provincial Court and the Superior Court of Justice in the case that investigates the delivery of luxury watches by a entrepreneur.

Likewise, the Criminal Chamber sentenced him for a continued crime of bribery to nine months in prison and two years of suspension from employment and public office for accepting these luxurious objects as a gift from a businessman who had signed a total of sixteen contracts with the City Council between 2006 and 2015.

The court has annulled the conviction of the former deputy mayor of Valencia as the author of a money laundering crime for which he was sentenced to three years and three months in prison, in addition to the payment of a fine of 25,095 euros.

The Chamber has partially upheld the appeal filed by Grau against the judgment of the TSJCV, which confirmed the four-year prison sentence imposed by the Provincial Court for a continued crime of bribery and another of money laundering.

On the other hand, it has dismissed the appeal filed by the businessman Urbano Catalán against his sentence to nine months in prison for a continued crime of bribery.

Regarding this crime, that of bribery, the court explains that the contested sentence "correctly" underlines that the proven facts describe "sufficiently" the typical requirements of the crime subject to conviction, "because they not only reflect an excess of value and the exclusivity of the gifts", but also detail that the gifts were made "because Alfonso Grau was the First Deputy Mayor of the City Council, as well as Director and General Coordinator of the Area of ​​Economic Dynamization and Employment of the local Corporation" .

In addition, it clarifies that among its delegations was "the hiring delegation, also stating that the gifts were made due to the existing commercial relations between the companies of Urbano Catalán Lorente and the Valencia City Council."

The TS resolves that what has been sanctioned is "the promotion of a special cordiality with public managers from excessive material donations", which is not hidden that it can lead to generating, "even unconsciously or diffusely", the potentiality of a favorable administrative framework or in a certain empathetic way with the interests of the administrator who provides the gift.

«A few conclusions that -in response to the arguments that are expressed and that go beyond the channel of iuris error to which it is resorted- are not gratuitous in light of the evidence practiced, since other facets of personal relationship between the accused are not offered and since it is not argued that any other reason that could promote the donations concurred between them, ”argues the Chamber.

In relation to the acquittal of Alfonso Grau for the crime of money laundering, the Chamber underlines that the elements of inference handled by the court "do not allow reaching the conclusion of intentionality on which the conviction rests, to the exclusion of other equally reasonable alternatives, specifically the one offered by the defense that the gifted watches were exchanged to enjoy the crime perpetrated through the enjoyment of other pieces of greater personal preference.

He adds that the change of the watches was carried out personally by the former deputy mayor of Valencia, revealing that he was the recipient of the purchase made by the Urbano Catalán companies, and it was made for two pieces that forced him to make a significant contribution of money.

"In this context, considering that the defendant had a significant variety of luxury watches and not stating that the watches initially received had been chosen by him, what the appeal maintains cannot be conclusively excluded, that is, that the change He did not respond to hide the origin of the delivered watches, but to benefit from the bribery to reach some models for which he had greater interest, ”says the TS ruling.

Likewise, the Chamber concludes that the violation of the right to the presumption of innocence "does not derive from the fact that the facts could not have occurred as indicated in the lower court ruling", but from the fact that the prosecution "has not provided material evidence" that excludes conclusively that things happened for other equally reasonable and founded reasons.

1 A survey commissioned by the PSOE says that Page is... 2 Arrested in Alfaz del Pi for running over three people... 3 Jean-Christophe Cambadelis releases a "social... 4 Talence: Online job dating for social workers 5 Bollene/Valence. A7: Traffic disrupted by works and... 6 When do the summer sales start? 7 A breakdown in an Ouigo train leaves hundreds of passengers... 8 May 31: A tobacco-free day 9 A man throws a piece of pie at La Joconde, the Louvre.... 10 EU embargo against Russian oil: "No compromise"... 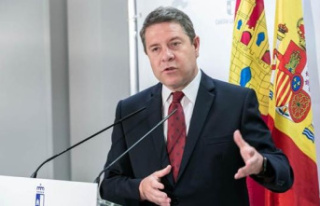 A survey commissioned by the PSOE says that Page is...