The international community has denounced the intervention of the Israeli police on Friday at the funeral in Jerusalem of Shireen Abu Akleh, the coffin of the Palestinian journalist having almost fallen to the ground after the truncheons against the bearers. 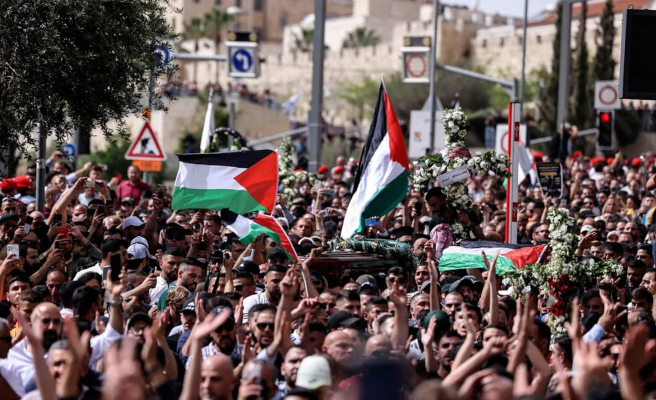 The international community has denounced the intervention of the Israeli police on Friday at the funeral in Jerusalem of Shireen Abu Akleh, the coffin of the Palestinian journalist having almost fallen to the ground after the truncheons against the bearers.

Thousands of Palestinians attended the funeral of the American-Palestinian Al Jazeera journalist, who was shot in the head on Wednesday while covering an Israeli military raid in the West Bank, Palestinian territory occupied by Israel since 1967. She was wearing a bulletproof vest with the “press” logo and a reporting helmet.

As the coffin was taken out of St. Joseph's Hospital in East Jerusalem, a Palestinian sector of the city also occupied by the Jewish state, Israeli police burst into the facility and tried to disperse a crowd waving Palestinian flags.

The coffin almost fell from the hands of the bearers beaten by the police, but was caught in extremis, according to images broadcast by local television.

“We were deeply disturbed by the footage of Israeli police intruding on the funeral procession,” US Secretary of State Antony Blinken said.

The European Union condemned “the disproportionate use of force and the disrespectful behavior of the Israeli police against the participants in the funeral procession”.

The French representation in Jerusalem deemed the “police violence” “deeply shocking”, while the UN secretary general, Antonio Guterres, said he was “deeply disturbed”.

Condemnation of the murder at the UN

"The occupation forces did not just kill Shireen (...), but they terrorized those who accompanied her to her final resting place", denounced Qatar.

"If you don't stop these nationalist songs, we will have to disperse you using force and we will prevent the funeral from taking place," an Israeli policeman said in a megaphone to the crowd in the compound of the Saint-Joseph Hospital, according to a video released by the police.

According to a police statement, "rioters prevented the family members from loading the coffin into a hearse to proceed to the cemetery, as agreed with the family ... The crowd refused to release the coffin in the hearse and the police intervened to prevent him from taking it. During the riot triggered by the crowd, glass bottles and other objects were thrown.

After the intervention of the police, the crowd accompanied the coffin to a church in the Old City where a mass was pronounced, before going to the cemetery.

The journalist's death prompted a unanimous statement from the UN Security Council, which "strongly condemned" her death.

Initiated by the United States, this very rare unanimous position of the Security Council on a subject concerning Israel also calls for "an immediate, thorough, transparent and impartial investigation".

Origin of the shot

The Palestinian Authority, Al Jazeera and the government of Qatar accused the Israeli army of killing the 51-year-old journalist.

Israel, after claiming that she “probably” succumbed to Palestinian gunfire, later said it did not rule out that the bullet was fired by its soldiers.

According to a statement from the Palestinian prosecutor's office in Ramallah in the West Bank on Friday, "initial results of the investigation showed that the sole origin of the shooting at Shireen was the Israeli occupation forces."

Before him, the Israeli army indicated that it was not possible to immediately determine the origin of the shooting which could as well be of Palestinian origin as Israeli.

The Israeli authorities demand that the bullet be handed over to them in order to carry out a ballistic examination. They proposed that Palestinian and American experts be present during the review.

But Palestinian President Mahmoud Abbas refused a joint investigation with Israel. “The Israeli authorities committed this crime and we do not trust them. »

The funeral took place amid further clashes in and near Jenin, during army operations. An Israeli policeman was killed by Palestinian fighters and 13 Palestinians were injured.

The Israeli army has launched several operations to apprehend, according to it, Palestinians wanted in the Jenin refugee camp, a stronghold of the Palestinian armed factions from which the perpetrators of deadly attacks in recent months in Israel originated.

1 «That Joaquín did television was a matter of time» 2 Alejandro Climent is the leader of the first day of... 3 The great municipal seduction of QS 4 Let's stand together with the police 5 What have we become? 6 Living the territory intelligently 7 The skid of Pierre Poilievre 8 The CH has no room for error 9 From one July 7th to another... 10 Did you know that...? 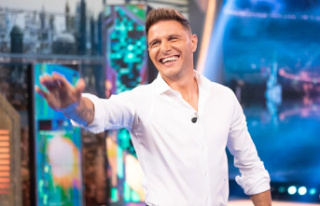 «That Joaquín did television was a matter of time»