Not easy in Tampa Bay or Oakland

The city of Santa Clara has hosted the NFL's San Francisco 49ers and it's all going great. 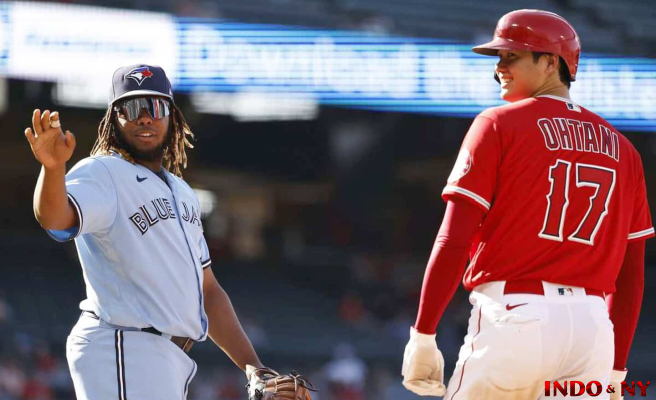 The city of Santa Clara has hosted the NFL's San Francisco 49ers and it's all going great. The New York Jets play across the Hudson River in New Jersey, and the Washington Commanders football team plays its local games in Landover, Maryland.

These concessions all bear the name of a city in which they do not have a storefront. It is as if the Canadiens were playing their games in Sainte-Agathe-des-Monts while keeping the name of Montreal.

This season, the average attendance for a local Tampa Bay Rays game is 13,290 fans, and it's even worse for the Oakland Athletics, where we observe an average of 7,719 people per game.

Both teams have one thing in common. Their owners want to move their franchise where it would be welcomed with open arms by municipal authorities.

Santa Clara has never hidden its intention to welcome the A's, while Tampa and Montreal were very close to finalizing an agreement.

You have to be naive to believe that these clubs are doing well. When the commissioner of a major league wants his project to be accepted, he brings together the governors to proceed to a vote. This is not necessarily to approve a project, because it can also reject it.

In the Montreal file, negotiations with Rob Manfred took a turn that neither the owners of the Rays nor the Montreal investors anticipated. The days preceding the meeting of the executive committee of major baseball, the commissioner was reassuring with those who dreamed of seeing the project become reality.

Moreover, Manfred strutted about everywhere declaring that the project of partition between the two cities was the idea of ​​the century, just after the invention of sliced ​​bread!

We know the sad aftermath. The Rays' joint custody plan between Tampa and Montreal has failed. It makes you wonder how far Commissioner Manfred has pushed the note so that the concept can pass like a letter in the mail.

Quebec business people have been abandoned and betrayed by MLB.

There will be a series of Major League Baseball games in Europe next year, but not in Canada, except for the Jays in Toronto.

When a Canadian city, either Vancouver or Montreal, wants to present regular season games, Commissioner Manfred, who represents the owners, seems to cover his ears and the project dies in the bud. Still, the Blue Jays' playoffs at Olympic Stadium in recent years have had crowds racing. Very difficult to understand the logic of Major League Baseball in this case.

Charlie Montoyo's troop urgently needs quality starting pitchers and relievers. Kevin Gausman (3-1) and Alek Manoah (4-0) are dominant. Nevertheless, the combined record of the other starters is 3-3.

Manoah's outfit is noteworthy. We have just started the second month of the season and the big right-hander is already in the race for the Cy-Young trophy.

In the bullpen, fortunately the Jays are betting on Ontario's Jordan Romano, who had saved 12 games before yesterday's game against the New York Yankees.

The other relievers' record is six wins and seven losses, with only one victory protected.

It's early days, but I have to admit that the battle for American League MVP, won last season by Shohei Ohtani just ahead of Vladimir Guerrero Jr., is well underway. They started the season strong.

If he gets a dozen more wins, Ohtani could add another title to his tally.

In addition to continuing to shine on the mound for the Los Angeles Angels, Ohtani, who many pundits call major league baseball's best player, stands out among elite hitters.

As for the playoff chase, the Rays are back, the Yankees are dominant, and the Jays need to start a 10-game winning streak as soon as possible.

Play ball at the LBJÉQ

After two complicated seasons due to COVID-19, the Quebec Junior Elite Baseball League (LBJÉQ) will begin its season this Saturday.

This campaign will culminate in the playoffs, which will take place in August and September.

In fact, the slogan for the new season refers to the return of fans to the various parks and stadiums in the province: "See you at the stadium".

1 The Océanic confident for the 5th game 2 Bianca Andreescu advances, Leylah Fernandez fails... 3 Yankees still have Jays number 4 The Sean Thomas-Erlington of the Alouettes? 5 Five major CH trades in the repechage 6 Jack Eichel played injured 7 Another premature exit for Connor McDavid? 8 Hockey or baseball in Quebec: "I find it disgusting!"... 9 The "Sens" will be spoiled for choice 10 A first since 2004 for the Maple Leafs? 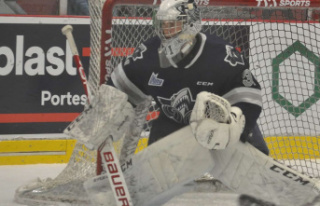 The Océanic confident for the 5th game