Juan Carlos I returns on a private jet flight of more than 56,000 euros

Juan Carlos I returns to Spain in a hyper-luxury private jet. 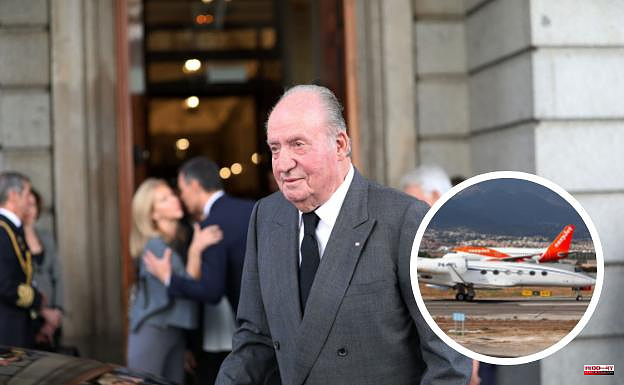 Juan Carlos I returns to Spain in a hyper-luxury private jet. Without scales. The unusual nature of a direct flight between Abu Dhabi and Vigo and the "indiscretion" of online flight tracking applications have revealed all the details of the exclusive return trip of the former head of state.

The Emeritus returns aboard a Gulfstream G450, the twin-jet equipped with two Rolls-Royce engines most appreciated by the world's great millionaires, above all because it is capable of reaching the speed of a large commercial aircraft, about 500 knots, a little more than 900 kilometers per hour.

At that speed, and spending 465 gallons of fuel per hour (more than 1,700 liters per hour) in just under 8 hours, Juan Carlos I's jet will travel the 6,065 kilometers that separate the Abu Dhabi International Airport and the Peinador de Vigo Airport. Direct flight because the Gulfstream G450, in addition to being fast, has great autonomy: 4,350 nautical miles, just over 8,000 kilometers.

The device in which Juan Carlos flies, registered in Aruba and which has a starting sale price of 40 million euros, has capacity for 16 people, including the crew, so the former head of state can travel with practically all of the entourage that usually accompanies him in the Emirates. This particular device consists of three different environments, including a rest area with divans and another that is a dining room, as well as a kitchen in the aft area.

The GLF450 is an old acquaintance of the Emeritus, who has used this model on numerous occasions on his private trips, according to State security sources. In fact, he flew to Abu Dhabi in August 2020 for his voluntary exile in a device identical to the one used this Thursday to return from his retirement in the Emirate.

But such luxury comes at a price. According to various estimates by experts and companies in the sector, specifically the Gulfstream G450 used by the Emeritus this Thursday (the one registered as P4-BFL), despite being ten years old, is one of the best equipped of the exclusive Angolan company Bestfly, so which has a "minimum" estimated hourly charter price of more than 7,000 euros (fuel not included). Or what is the same, the eight-hour flight this Thursday has cost whoever paid for it (which is unknown) more than 56,000 euros, according to the most conservative calculations.

The expectation for the return of the Emeritus has led the curious to turn to flight tracking applications. By mid-afternoon this Thursday, the device in which Juan Carlos I was flying was being monitored by nearly 3,000 people on Flightradar, one of the main monitoring platforms, being the third most followed aircraft on the planet this Thursday.

1 Aragonès calls for political responsibility in the... 2 Oldani opens his record with a victory in the Giro... 3 Rafael Nadal: Well present at Roland-Garros, can the... 4 The host of Don Juan Carlos in Sanxenjo: «His main... 5 Health launches the screening to detect cases of monkeypox... 6 The municipalities begin to invest the 18 million... 7 I pass Jordan Spieth and he goes and says hi 8 The Albacete fair will have eleven bullfights, one... 9 Luis Zarraluqui Sánchez-Eznarriaga: the father of... 10 Jack-Adams: the three candidates are known 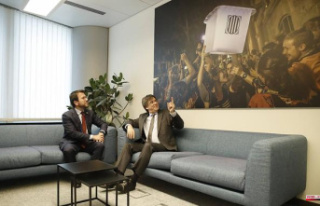 Aragonès calls for political responsibility in the...