In the midst of turmoil, opposition leaders in Sri Lanka hope to establish a new government

COLOMBO (Sri Lanka) -- Sunday's meeting of opposition parties in Sri Lanka will be a chance to form a new government. 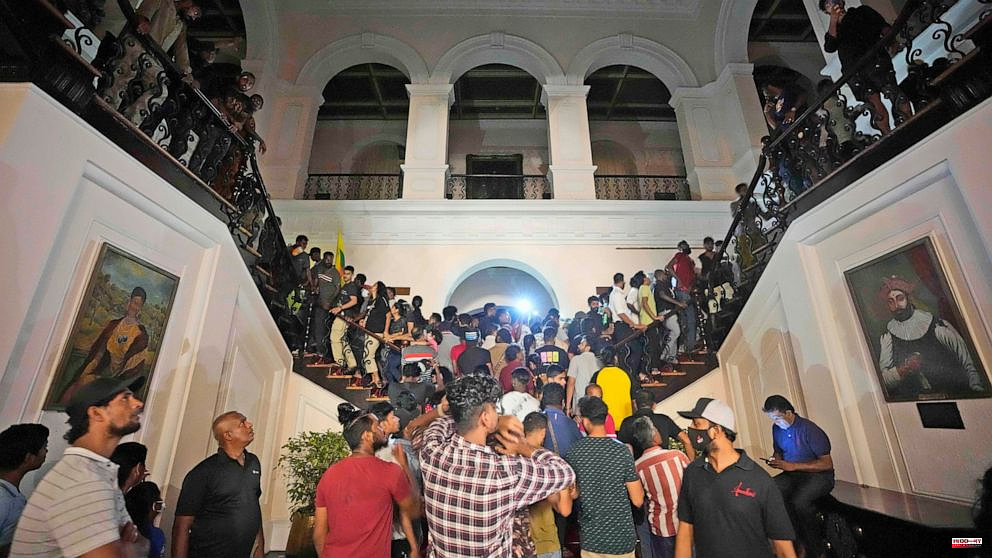 COLOMBO (Sri Lanka) -- Sunday's meeting of opposition parties in Sri Lanka will be a chance to form a new government. This is a day after the president and prime minister of Sri Lanka offered to resign. It was the worst day of political chaos in Sri Lankan history. Protesters stormed both their homes and set fire to one building in a rage at the country’s economic crisis.

Protesters storming the presidential residence, prime minister's office, and his official residence on Saturday night spent the night there, declaring that they would stay until the leaders resign.

M. A. Sumanthiran, an opposition lawmaker, stated that all parties could easily gather the 113 votes needed to form a majority in Parliament. They will then request President Gotabaya Rajapaksa's installation of the new government and then resign.

He stated that the parties were hoping to reach consensus on Sunday.

Ranil Wickremesinghe, Prime Minister, said that he would leave office when a new government was in place. Hours later, the Speaker of Parliament announced that Rajapaksa would be stepping down on Wednesday. As the economic meltdown caused severe shortages of essential goods, people were left struggling to get food and fuel. This added pressure on both men.

According to the constitution, Speaker Mahinda Yapa Abueywardena will assume temporary presidency if both prime minister and president resign.

On Saturday, thousands of protestors flooded Rajapaksa’s residence in Colombo. Pictures and video showed the joyous crowds soaking in the garden pool and lying on their beds, while using their smartphones to record the moment. While some made tea, used the gym, others demanded that the president or prime minister leave.

It wasn't clear whether Rajapaksa was present at the time. Mohan Samaranayake, a government spokesperson, said that he didn't have any information regarding the president’s movements.

Wickremesinghe, Abeywardena both stated in speeches that they had spoken to the president but they didn't say anything about whereabouts.

Wickremesinghe's office stated that protesters broke into the private residence of the prime minister and set it ablaze. The prime minister's spokesperson couldn't be reached for comment as it wasn't known if he was present at the time of the invasion.

As leaders attempt to negotiate a bailout deal with the International Monetary Fund, Sri Lanka is dependent on assistance from India and other countries. Wickremesinghe stated recently that negotiations to the IMF were difficult because Sri Lanka is now bankrupt.

In April, Sri Lanka announced that it would suspend repayments of foreign loans because of a shortage in foreign currency. The country's foreign debt totals $51 billion. It must repay $28 million by 2027.

Months of protests have almost dismantled Rajapaksa's political dynasty. This ruling family has ruled Sri Lanka for the last two decades, but is being accused by protesters and others of corruption and mismanagement. After violent protests, the president's elder brother was forced to resign as prime minister and sought safety at a naval base.

1 In the 4 days of Pamplona bull race festival, there... 2 As harvest starts, anxiety grows for Ukraine's... 3 Sri Lanka is in a humanitarian crisis: Gas lines and... 4 Balkan activists continue fighting for Europe's... 5 EXPLAINER - Why Sri Lanka's economy crashed and... 6 Dutch farmers opposed to pollution cuts feel anger 7 Nigeria's troubled northwest fights child malnutrition 8 Ukraine: Six people are killed in a rocket attack... 9 14 people were killed in a shooting at a South African... 10 Japan votes in crucial election under the shadow of... 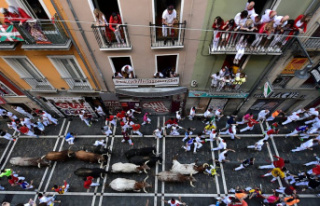 In the 4 days of Pamplona bull race festival, there...