SARAJEVO (Bosnia-Herzegovina) -- After a decade of street protests and court battles, Balkan activists fighting for the protection of Europe's last wild rivers won an important conservation victory in Bosnia. 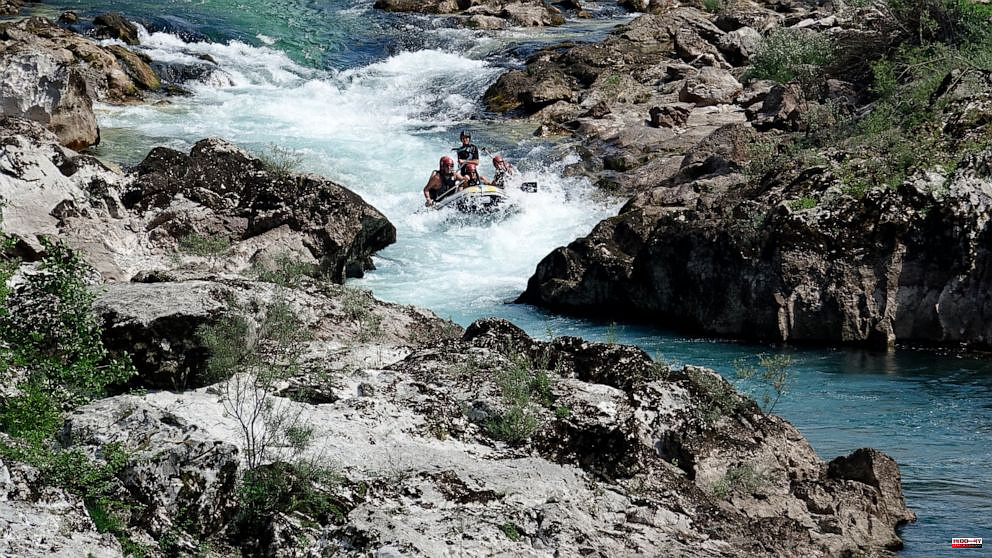 SARAJEVO (Bosnia-Herzegovina) -- After a decade of street protests and court battles, Balkan activists fighting for the protection of Europe's last wild rivers won an important conservation victory in Bosnia.

Thursday's new electricity law bans further construction of small hydroelectric power stations in any of Bosnia's semi-independent entities. Despite this, it highlights the long road ahead in protecting these rivers throughout the Balkans from being diverted, degraded and sold by corrupt political elites.

"This is amazing. "This will be the role model for other European nations, I'm sure," Ulrich Eichelmann of River Watch in Vienna, coordinator of the Save the Blue Heart of Europe campaign that protects the entire network of wild Balkan river systems said.

The campaign was launched in 2013 and has brought together conservation groups, environmental activists, and local people to fight for the protection of "one of Europe's most important spots for biodiversity."

These Balkan rivers will see the construction of more than 2,700 small and large hydropower plants, as well as those within national parks.

Bosnia has 244 rivers. The country plans to build more than 350 hydropower plants, with a total installed capacity of 10 mW.

She added that rivers were supposed be prettified and we were supposed generate large quantities of clean electricity. Local communities were promised this would all be in their favor.

Kusturica stated that instead, investors began trapping rivers and diverting it by pipe. This took away water daily used by wildlife and locals, and eroding and degrading the forests nearby.

The authorities refused to be discouraged and offered investors public subsidies. They also fixed prices above market for long-term contracts. This was in the belief that this would allow Bosnia to reduce its dependence upon coal and accelerate its transition towards renewable energy.

After a boom in construction that saw 110 small hydropower stations built in Bosnia, ethnically-dissimilar people began to argue that these projects were actually harmful to the environment and their livelihoods.

There were peaceful, sometimes months-long sit-in protests along roads and bridges that prevented investors and heavy machinery from getting to the rivers. Sometimes, the local authorities used violence against the activists.

However, the grassroots river protection movement gained broad support both in Bosnia and elsewhere, particularly after it revealed that many contracts for the commercial exploitation rivers were given to those with political connections.

"People stood up to investors in their rivers. Eichelmann stated that they were not experts, were not scientists or ecologists, and were just ordinary people who live near a river.

Official data from Bosnia collected painstakingly by activists shows that the owners of small hydropower plants in Bosnia have made millions of euro in subsidies over the past decade while only paying very low concession fees. These fees are typically between 1% and 3% of their income.

The promised transition to renewable energy was never realized. The nation's small hydropower plant in Bosnia contributed just 2.5% to electricity in 2021.

The Neretva River is the most popular waterway for fishermen, rafters and hikers. It runs for 255 kilometers (158 miles). The river and its tributaries pass through Bosnia before emptying into Croatia's Adriatic Sea.

It seemed impossible to stop the commercial exploitation Neretva's tributaries. This is because it required deep knowledge about the two administrative parts of Bosnia.

The opposition to the commercial exploitation the free-flowing rivers has brought together people from different backgrounds, unlike any other issue in Bosnia after the 1992-95 war. The 56 planned hydropower plants have been stopped by or delayed so far by the activists for the Neretva river basin.

While villager blockades were physically preventing construction crews from accessing the rivers, legal teams and scientists challenged the permits in court. Bosnian courts found that authorities failed to comply with the requirements to consult local communities, preserve nature conservation areas, and require environmental impact studies from investors prior to consenting to their plans in about 12 cases. According to the court, authorities failed to inspect the operation and construction of the plants.

Activists were particularly pleased to stop the construction of two small hydropower stations at the confluence between the Buna River and Neretva Rivers. This beautiful conservation area provides habitat for the soft-mouth trout, an endangered species in the Western Balkans.

Authorities allowed construction projects to continue in many other cases, despite legal challenges.

Republika Srpska is Bosnia's semi-autonomous region. This year, the lawmakers responded to public pressure by stopping subsidies for new plants with a maximum capacity of 150 kW. Several municipalities in Republika Ska have also distanced themselves from small hydropower projects.

Even Thursday's victory in conservation has its limits. Existing concession holders have three years to apply for permits and get the approval of their local communities to allow their projects to move forward under the new electricity law. There are fears that investors and local authorities may try to bend the rules again.

Oliver Arapovic (48), who spent eight years fighting for the protection of the confluence between Buna and Neretva river, said, "We proved in Court that this is a Nature Conservation Area and that by Law no construction is permitted here."

He said, "We will make every effort to protect the law, but if that fails we are prepared to defend this area and to prevent investors from accessing their heavy machinery with the help of our bodies."

Miroslav Barisic (61 years old) was also a strong advocate for his cause.

He said that locals are willing to fight until the end for their cause, even if that means dying.

1 EXPLAINER - Why Sri Lanka's economy crashed and... 2 Dutch farmers opposed to pollution cuts feel anger 3 Nigeria's troubled northwest fights child malnutrition 4 Ukraine: Six people are killed in a rocket attack... 5 14 people were killed in a shooting at a South African... 6 Japan votes in crucial election under the shadow of... 7 Iran enriches up to 20% using new centrifuges in fortified... 8 President and PM: Two men are at the heart of Sri... 9 Balkan activists continue fighting for Europe's... 10 Ukraine Muslims pray for victory and an end to occupation 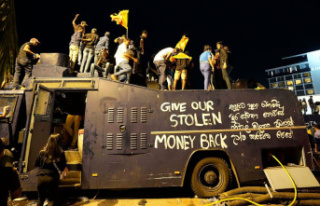