«Illustrating without text is more complicated, but at the same time a challenge»

Her final project in Fine Arts, which she studied at the Complutense University of Madrid, served as the basis for Rut Pedreño to create her first comic, 'Home', a coming-of-age story narrated from the daily life of Sofía, a village girl who borders on late teens, published in 2021 by Sallybooks. 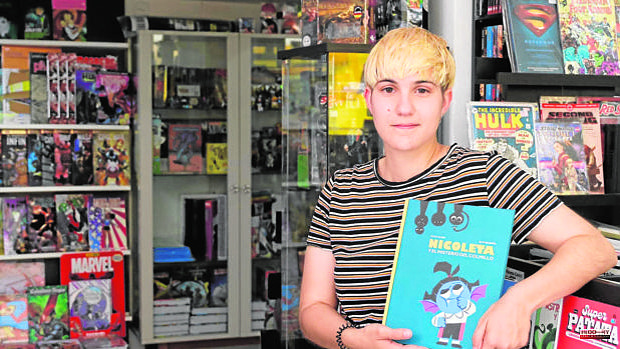 Her final project in Fine Arts, which she studied at the Complutense University of Madrid, served as the basis for Rut Pedreño to create her first comic, 'Home', a coming-of-age story narrated from the daily life of Sofía, a village girl who borders on late teens, published in 2021 by Sallybooks. This same specialized label gave her the opportunity to continue shaping her world in her color, this time with the help of 'Nicoleta'. a little vampire who needs to retrieve one of her fangs. This innocent story, focused on a child audience over three years old, recently elevated the very young illustrator from Valladolid at the Barcelona Comic Fair, the most important of the genre in Spain. There she won the Best Children's Comic Award.

The cartoonist sees the recognition as an incentive "by the people in the sector" to continue having "new opportunities". When she finished her degree in 2018, she was clear that she wanted to dedicate herself to the world of illustration and comics, but the pandemic cut short many of her initial projects. If 2021 was the year that allowed her to get her head back on the market, 2022 has been the year of her recognition, and she is only 25 years old. The opportunity to launch her second album came from the actress Katia Klein ('Aída', 'Cuéntame como pasa'), also an illustrator and screenwriter, whom Rut Pedreño met in a workshop in Madrid: «We had been wanting to work together; I had already illustrated some of her stories », recalls the woman from Valladolid, who contacted Klein to show her her new drawings:« They were just characters, there was no story ».

Klein was in charge of giving them life through a script and the result is 'Nicoleta and the mystery of the fang', a work without text. Did this make your task more difficult, we asked. «It is more complicated because you must be very clear about what you want to tell and you have to understand very well what is happening at each moment, especially taking into account the type of audience it is aimed at, children who are not yet readers. It was challenging and fun at the same time."

He defines his style as «very pictorial» . «I work from the color stain», based on «strong color contrasts, textures... Let it be something organic», he explains. He likes to talk about emotions, "about the things that concern me and my environment." He acknowledges being lucky to have arrived at a time that allows him to work anywhere in the world from his town, Montemayor: "With social networks you reach an audience that was impossible to reach before." And although he would like to continue having the opportunity to develop his own projects, he believes that working for others also "gives" him and does not limit his fields. In fact, she is involved in a video game project and since this Friday, May 27, the Madrid Book Fair has also become a showcase for her work, since one of her illustrations decorates the press area of ​​the contest.

1 Automotive. Auvergne Rhone-Alpes champion of France... 2 Parking in Bordeaux: Between the Toulouse and Pessac... 3 Roland Garros. Live: Djokovic vs Schwartzman, and... 4 Miscellaneous. Paris: A fatal stabbing of a man 5 A motorcyclist dies and another is injured in a crash... 6 A driver kills a couple while driving in the opposite... 7 The family of the young man stabbed in Nambroca asks... 8 Afghanistan: Twenty women protest in Kabul to demand... 9 Stade Rochelais European champion: Everyone laughed... 10 Water polo (Nationale 1M: The Nautic Club Angerien... 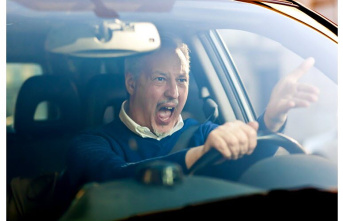