Gift Idea: Growing Mushrooms: How To Grow Your Own Cultures At Home

Mushrooms from the forest are delicious, but they are also contaminated: Although they only contain small amounts of heavy metals such as cadmium or mercury, you should not overdo it with consumption. 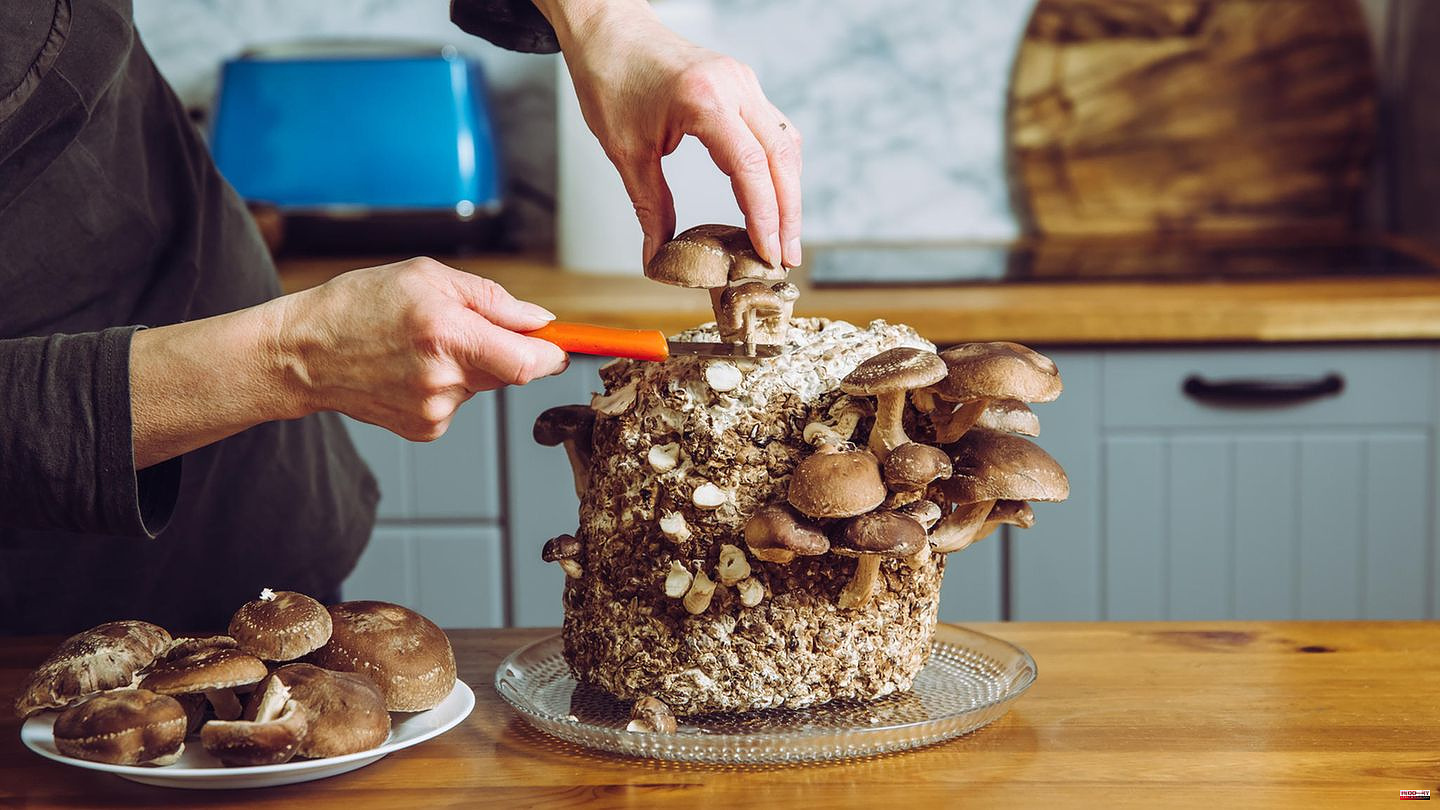 Mushrooms from the forest are delicious, but they are also contaminated: Although they only contain small amounts of heavy metals such as cadmium or mercury, you should not overdo it with consumption. On the other hand, cultures from the supermarket are completely harmless: They not only contain a lot of protein, but are also rich in vitamins - this makes them a popular meat alternative for vegetarians and vegans. However, popular varieties like king oyster mushrooms come at a steep price, so why not grow your own mushrooms? It's actually a lot easier than many would think.

You only need two ingredients for successful rearing: the fungus and a nitrogenous breeding ground, the so-called substrate: straw, sawdust, coffee grounds or even a tree trunk are suitable as a substrate here. However, since it can be very difficult for laypeople to produce their own mushroom cultures (mycelium), growing sets are recommended for home culture: they contain everything you need for a high-yield harvest. In addition, fungal tissue has already spread in the substrate supplied - this means that the edible fruiting bodies form more quickly. After a few weeks you can harvest, process and eat your first mushrooms, oyster mushrooms or king oyster mushrooms.

Another tip: Mushrooms love moisture, but are otherwise undemanding when it comes to where they grow. Nevertheless, most varieties prefer a shady spot to a sunny spot. Mushrooms grow even without direct daylight, for example in the basement.

In addition to the right location, two other factors play an important role in rearing: In order to prevent the mushrooms from drying out, they need a moist substrate. In addition, the ambient temperature should be adjusted to the individual needs of the mushroom variety. The following complete sets provide you with various mushroom cultures as well as the appropriate substrate.

Rich in vitamin D (ergosterol), the shiitake is a popular edible mushroom - not only in Asian cuisine. It grows naturally on beech and oak trees, but can be grown at home with this kit. It contains a fully grown organic culture including instructions, which is activated at a room temperature between ten and 20 degrees. If possible, the humidity should be 90 percent: to achieve this, you can use a small greenhouse. According to the manufacturer, you can already harvest the first shiitake fruit bodies after three to four months.

Another popular edible mushroom in German kitchens is the champignon. Its rearing is so simple that you do not need any previous knowledge. This set contains two different cultures: white mushrooms and brown stone mushrooms. For a high-yield harvest, the soil should always be kept moist, and the right temperature (12 to 18 degrees) also plays a major role. Light, on the other hand, is not that important. In addition to the mushrooms, the scope of delivery includes two boxes with suitable substrate as well as a bag of covering soil and a film hood for covering. The first fruiting bodies should appear after four to six weeks.

Due to their veal-like taste, oyster mushrooms are often used in vegetarian or vegan dishes. They also contain a lot of B vitamins, C and D as well as folic acid. For successful rearing, the growth temperature should be between twelve and a maximum of 18 degrees, and the mushrooms also like light and high humidity. This set contains a ready-made, pre-grown culture, which is delivered in a box weighing seven kilograms (40 cm x 28 cm x 23 cm). This simply has to be cut open on the sides and moistened to activate the mushrooms. According to the manufacturer, you can harvest after three to four weeks.

The most expensive mushroom in this series is the king oyster mushroom, which can also be grown at home with this set: It prefers a cool (10°C to a maximum of 18°C) and damp environment, and it also needs light to grow. The scope of delivery includes an organic mushroom culture that weighs between 2.5 and three kilograms. According to the manufacturer, you must add the following items: a coaster (approx. 40 cm), a flat stone and three spacers - for example wooden skewers or thin branches. If you follow the instructions correctly, you can harvest the first king oyster mushrooms after seven to 28 days.

Important: If you have ordered a rearing set, it should be used shortly after delivery. Why? Growth is activated by transport. Otherwise, there is a risk that the mushrooms will spoil.

If you want to harvest mushrooms, you should proceed gently so that the culture can continue to grow. It is best to turn the fruit bodies out of the substrate so that no stalks remain - otherwise bacteria could settle on them and cause the remains to rot. When you have harvested all the mushrooms, allow the culture to rest for two to three weeks. New fruiting bodies should then form. The more careful you are with the rearing set, the longer you will have something of it. After four to five harvest phases, however, the substrate is so exhausted that no new fungi will form. Then it is disposed of in the organic waste (or on the compost).

If you have harvested so many mushrooms that you cannot use them all, correct storage is the be-all and end-all. If you keep the fruiting bodies in the refrigerator, they will keep for several days. Alternatively, you can also freeze or dry the mushrooms, for example in a dehydrator or in the oven: cut the bodies into fine slices and let them dry in the oven at 50 degrees until there is no more moisture in them. The mushrooms can then be stored for a longer period of time and eaten later. 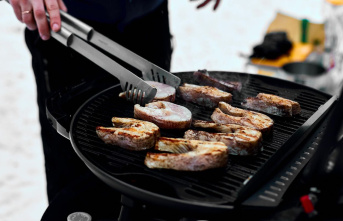 Meat is not a vegetable: gas grill accessories: 8...